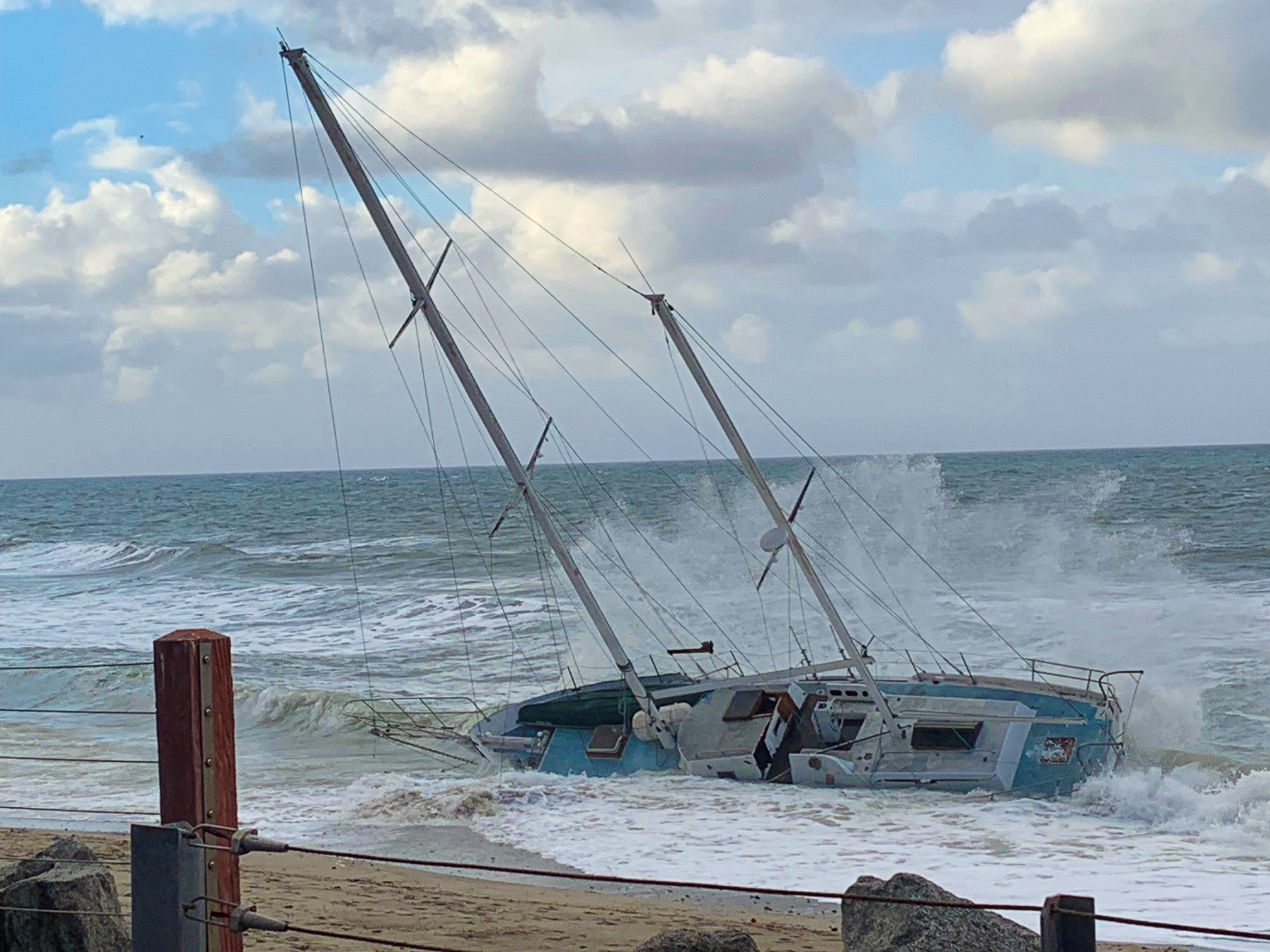 North Beach residents awoke to a peculiar sighting early Christmas morning, one that didn’t involve the jolly man in the sky but a more nautical occurrence.

Orange County Harbor Patrol reported that sometime during Santa’s sleigh ride, a sailboat washed up on North Beach just south of Capistrano Shores in San Clemente. Felter said it has been confirmed the owner of the boat is alive but that officials had not yet made contact with that person.

Felter said officials have not reported any other possible injuries in the incident and that the situation remains under investigation as of 10 a.m. He said officials were alerted of the boat’s landfall about 5 a.m. on Dec. 25.

Initially, Habor Patrol units tried to drag the sailboat back out to sea to tow it to a proper location.

“But there was so much going, and because of the gale winds and high-surf advisory, we couldn’t get close to it,” Felter said. “It was way too far on the beach, and now it’s in the hands of the public works (department) in San Clemente to kind of get it all buttoned up.”

Felter said it appears the boat may have recently been “transferred” to the area. It was not immediately clear what is the make and model of the sailboat.

Editor’s note: San Clemente Times columnist Fred Swegles contributed to this report. Eric Heinz reported from Denver, Colorado. More details on the incident will be provided when they become available.