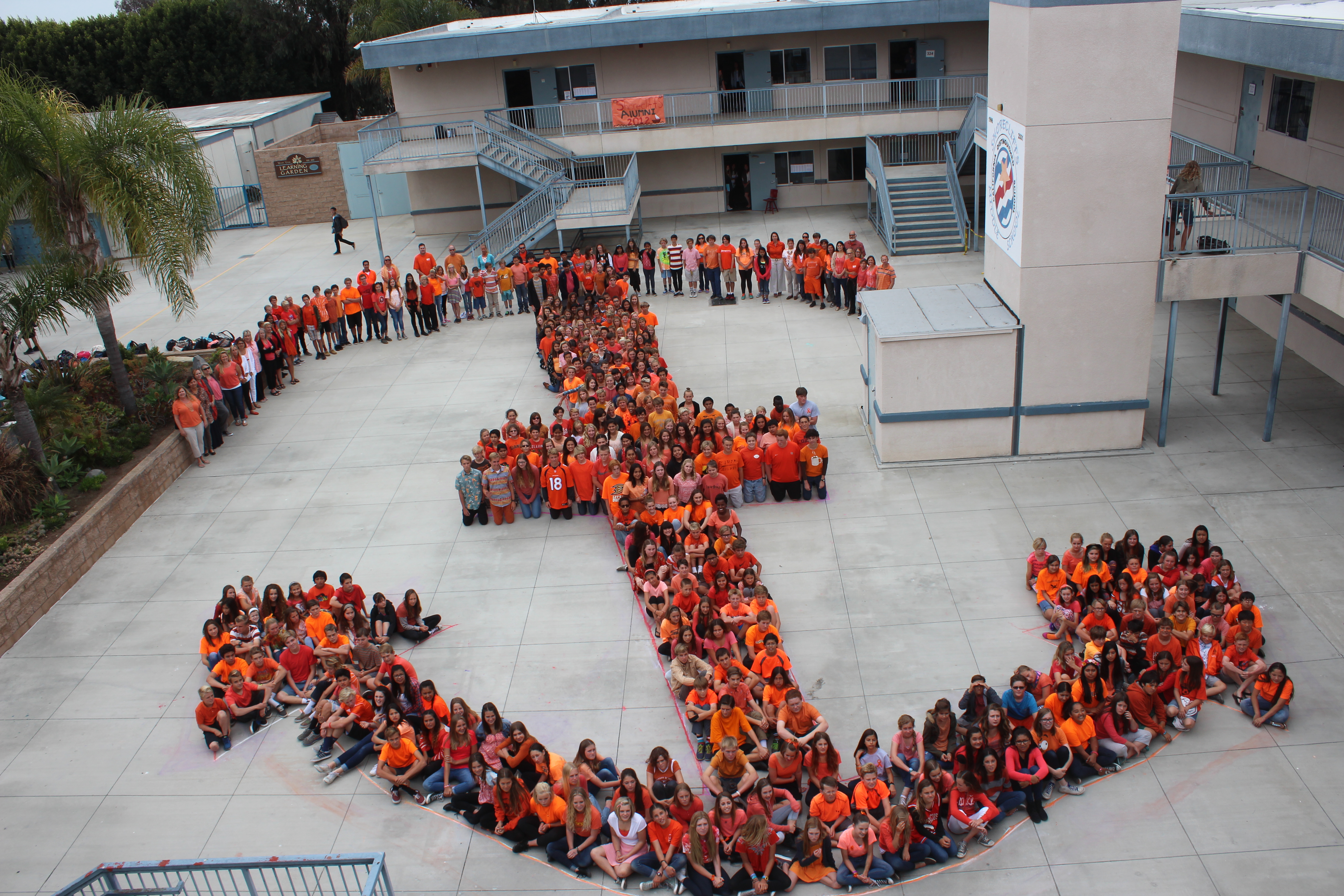 In the last week, since the San Clemente High School junior passed away following a nearly two-year bout with a rare form of leukemia, Saylor’s family, her friends, classmates and the adults who watched her grow up and those who only knew her through her fight with cancer, have shared their stories of how this young woman changed their lives for the better and expressed sorrow at the too-early loss of Saylor, especially to her mother Konnie, father John and brother Sam.

Saylor was diagnosed with leukemia in September 2013, at the start of her sophomore year at San Clemente High School, where she’d been a cheerleader. The following February, she received a bone marrow transplant and went into a six-month quarantine to ward off infection, first at the Children’s Hospital of Orange County, then at her home. This past September, Saylor, like thousands of other students, went back to school with her classmates to begin her junior year of high school. However, she began suffering setbacks related to the transfusion, resulting in more hospital stays before declining health over the last two months.

Fighting to the Last

At a tear-filled vigil in front of the Voris home the day Saylor passed away, a number of people—friends, family, nurses and fellow patients at the Children’s Hospital of Orange County—talked about a girl who wanted nothing more than to keep living.

Saylor’s father, John Voris, held aloft strands of “warrior beads” given to Saylor during her treatment. Each bead represented some sort of treatment, the larger the bead, the worse and more painful the treatment. Konnie Voris said her daughter had 18 strands.

“Every one of these meant something, an IV, antibiotic, an infection,” he told the crowd, which numbered in the hundreds. “The latest was for a cracked spine. Fractures in both hips. You’d see her walking the damn Pier with fractured hips. It was ridiculous what she went through. She wanted to be part of this community. She wanted to be normal, to hang out with her friends and do nothing.”

Saylor, he said, managed to beat the cancer. The transplant of bone marrow she received in February 2014 just did not take as it should have, he said.

“Up to the last minute, she was willing to give it a little more time,” he said. “They’d told her she could be intubated and go on a ventilator and possibly prolong her life, or go down to the fifth floor, where they’d make her stable to call her friends and talk to them. She said, ‘I want to live.’ She said her goodbyes to me, to Sam, to Konnie and to all of you.”

A second memorial was held Wednesday at San Clemente High School, where, the day before, students had been allowed to go out to the football field to share their grief with one another.

“The one thing you can’t forget is that smile that she had, the enthusiasm with which she embraced everything, especially the challenges,” SCHS principal Michael Halt said. “She loved her family, she loved this community and she loved this school.”

Student Alex Zewiski called Saylor, “a shining ray of light, not only for our school, but also the community as a whole,” and “a real-life super hero that we all had the pleasure to know… and a girl who made all our lives better.”

Friend Megan Carroll said Saylor was an “amazing person who was always positive.”

“Even when she was losing her hair, she was positive about it,” Carroll said. “She said, ‘That’s who I am, I’m going to be bald. I’m ‘Baldy.’ She took something completely negative and turned it into a positive. That’s something I’ll always carry with me. She taught me so much.”

Morgan Bedard, who also grew up with Saylor, said there were “no words in the universe to describe the love and admiration I have for Saylor.”

“She was amazing,” Bedard said. “People always say that after loved ones have passed, but Saylor was truly an amazing human being … She put a smile on everyone’s face… She wouldn’t let anyone know she was in pain or so much pain she was in until I talked to my mom… She loved life and every moment she was given. If I could ask for one thing, it would be to have her back. But she made it. She made it through all of the pain.”

Saylor’s fellow cheerleaders led the crowd in a send-off for their fallen teammate as well.

“Every problem she faced, she took the high road,” teammate and friend Hannah Peterson said. “That was just Saylor. That’s how she always was. We need to celebrate her life, just as she lived it.”

Tuesday, a week after news of her passing reached her family and friends, students across San Clemente wore orange, a color that symbolizes the fight against leukemia, to school in memory of Saylor and in support of her family.

Bryan Campbell, who taught Saylor at Shorecliffs, where her brother, Sam, is currently enrolled, said his school’s effort, which included orange-clad students forming the shape of an anchor in the quad, was the idea of his leadership students.

“One of our teachers came in and brought up the idea of wearing orange,” Campbell said. “I brought it to the two leadership classes, and they were all on board, because they know Sam, who’s in eighth grade. He’s well liked. They wanted to support Sam.”

The anchor, based on the emoji used on the Saylor’s Soldiers website that kept the community abreast of what was going on during her fight and now serves as a place for remembrance, was the suggestion of a student.

“It’s painful, it hurts, and I can’t imagine what Konnie, John and Sam are going through,” Campbell, who taught Voris for two years at Shorecliffs, said. “It’s just a token. But it’s letting them know we’re there for them.”

A memorial service will be held Saturday at 10 a.m. at Compass Bible Church in Aliso Viejo, 150 Columbia. Family and friends unable to attend will be able to view a live feed at www.compasschurch.org.