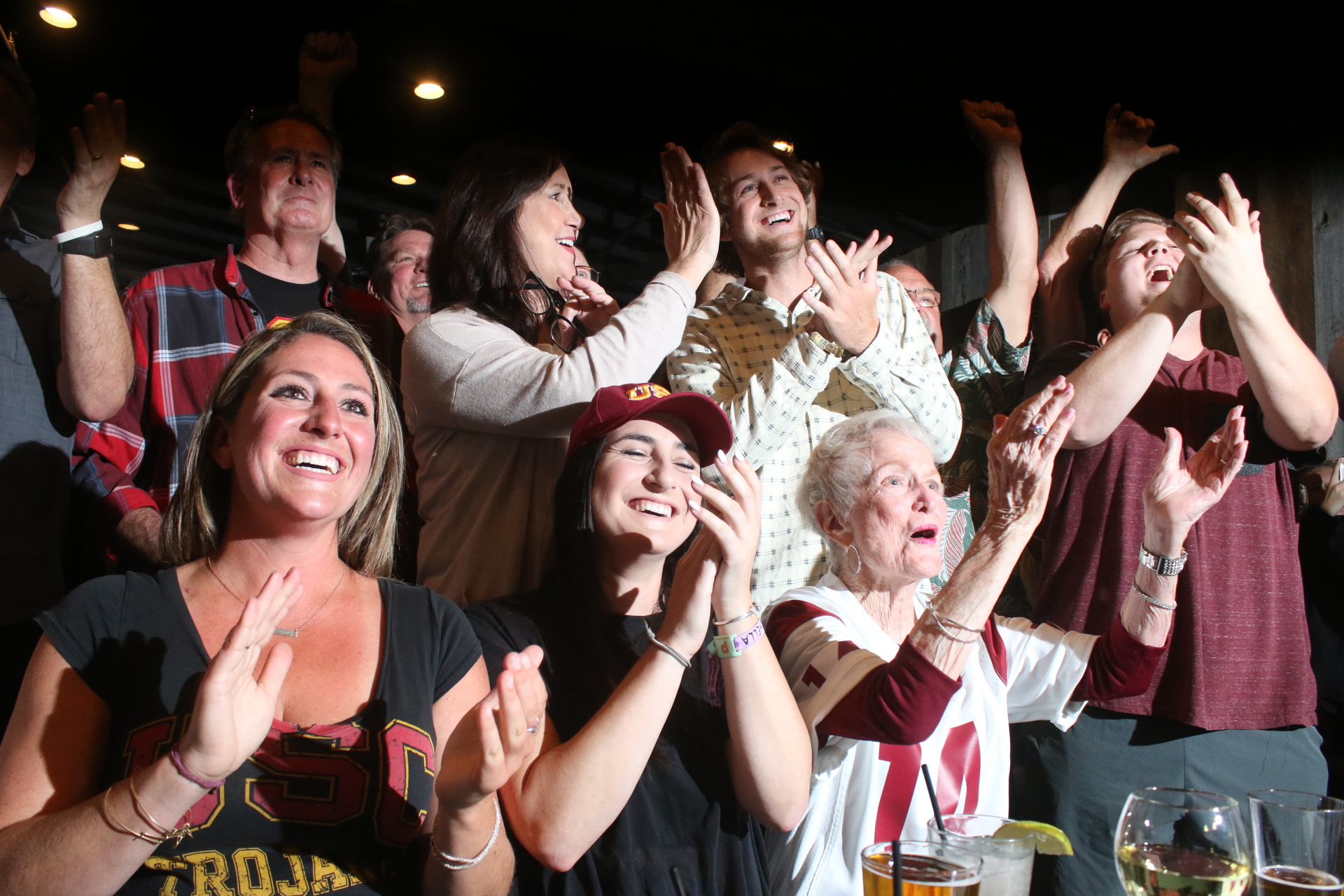 Anticipation built at H.H. Cotton’s in San Clemente as the family of Sam Darnold circled around the wall-mounted TVs to watch the start of the NFL Draft on Thursday, April 26.

There was shock, awe and a little disappointment as the first two picks came and went, but the room erupted as Darnold was announced as the No. 3 pick by the New York Jets.

It’s a day Betty has been waiting on for 17 years.

“Three years old, I knew it,” Betty said of Sam’s ability to be an NFL player.

Many of Sam’s family members are high-level athletes, including Betty’s late husband, Dick, a former USC basketball player. Darnold’s sister and several cousins are or were Division 1 volleyball players as well as his uncle, Dan Hammer.

“I’ve got to say it’s been a great ride for Sam,” Dan said. “I think that his work ethic and the way that he conducts himself, I’m sure he’ll compete as a starter.”

The San Clemente High School football booster club hosted their party at 111 Coastal in San Clemente. Bobbleheads of Darnold in his SCHS uniform were available and stickers with the Jets logo were quickly produced after his selection.

Eric Heinz contributed to this story.