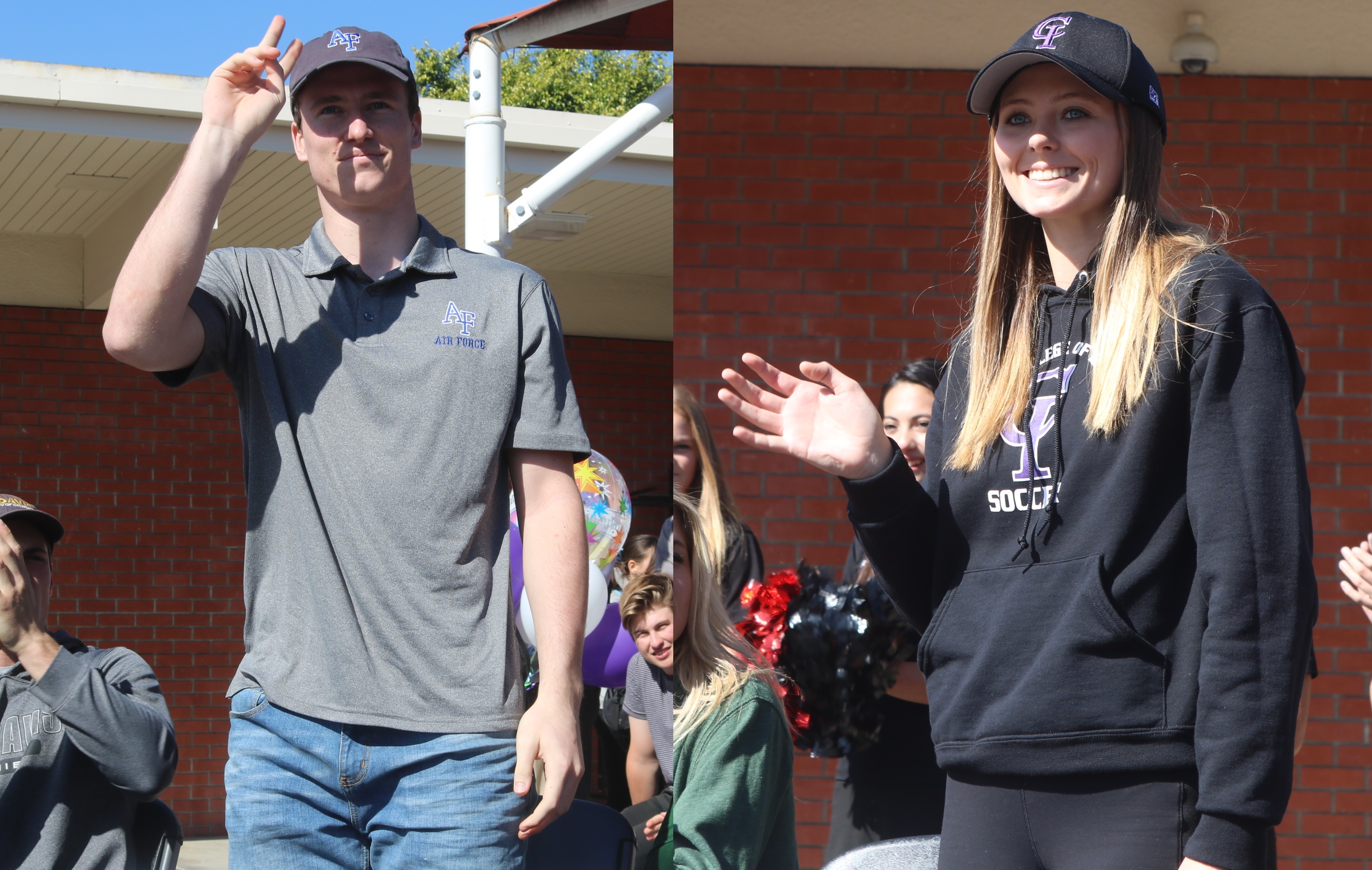 Chris Kane used his 6-foot-5, 220-pound frame completely to his advantage on the gridiron and basketball court in his senior season with the Tritons.

In the fall, Kane was a key cog for the San Clemente football team.

As a tight end, Kane was second on the Tritons in pass receptions and receiving yards. He also posted an average of 16.9 yards per reception and three touchdowns.

In the winter, Kane provided a post presence for the San Clemente basketball team.

Kane added to the size that made the Tritons successful and bodied up for rebounds. Kane wasn’t just a bruiser and was able to move the ball in the offense and knock down jump shots.

Kane signed on to play football at the Air Force Academy in the fall.

Shae Waters had an eye for the net for the San Clemente basketball team.

Waters was one of just two Tritons to average double-digit points with 10 per game. She was also second on the team in points scored (291), field goals (100), field goal attempts (288) and field goal percentage (35 percent).

The senior captain’s biggest strength was as an outside shooting ace for the Tritons.

Waters’ highlight game came against Fountain Valley on Dec. 11. She shot a perfect five-for-five on three-pointers for a season high in three-pointers made and in total points with 19. She also posted a double-double on Jan. 3 against Glendora with 10 points and 14 rebounds.

Waters was also an accomplished club soccer player as a defender for Slammers FC.

Waters signed on to play soccer at the College of Idaho.