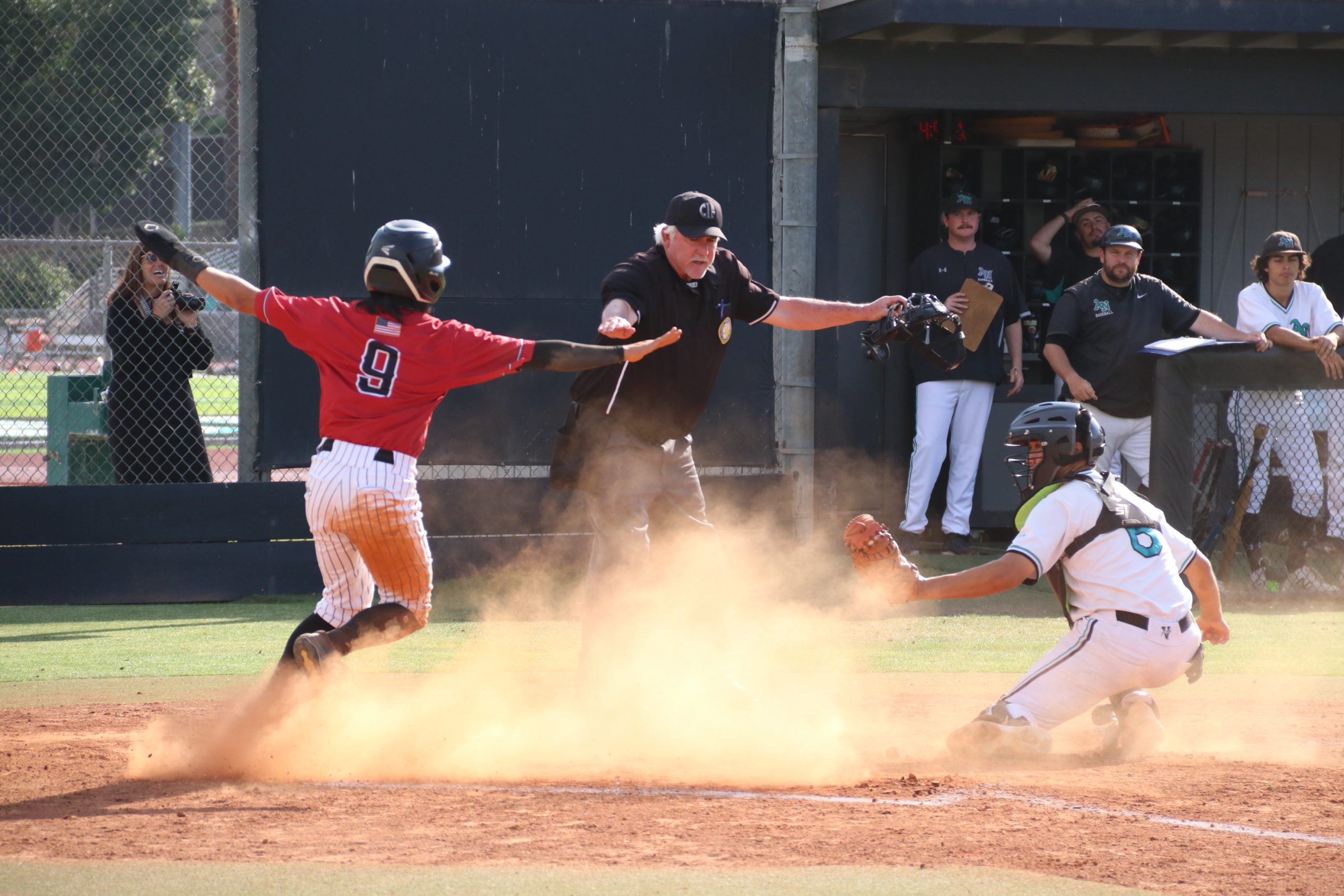 ALISO VIEJO – This season has been equal parts exciting and frustrating for the San Clemente baseball team. The Tritons could feel and perform like an entirely different team depending on which day of the week they played.

Despite their recent frustrations in Sea View League play, San Clemente got enough help elsewhere throughout the league and got the big wins when they mattered most, which allowed the Tritons to keep their heads above water and advance to the postseason.

“It has been a rollercoaster year,” San Clemente coach Dave Gellatly said. “The good news is, we fought today. Really, the kids played for each other, and that’s what we’ve been preaching all year long. Just to get in the playoffs gives you an opportunity to go deep, and with these guys, I think we have the chance to do something special; it’s just a matter of if we can play the way we’re capable of.”

The Wolverines are the only team the Tritons won a full series against in league play. San Clemente won its first three games against Aliso Niguel and lost three of four to San Juan Hills and Trabuco Hills. However, thanks to Trabuco Hills’ dominance of the league (10-1) and Aliso Niguel’s sweep of San Juan Hills, the door stayed open for San Clemente to make the playoffs.

“None of these kids have experienced the playoffs,” Gellatly said. “Two years ago, we had the COVID (cancellations), and last year was last year. I think they’ll be ready to go. If that doesn’t motivate them, I don’t know what will.”

The Tritons will learn their CIF-SS Division 3 playoff draw when the brackets are released on Monday, May 2. Wild-card games will be played on Wednesday, May 4, and the first round will be played on Friday, May 6.

“It’s amazing,” Sautner said. “We’ve been dreaming of this since the start of the season. We didn’t have a shot at this last year or the year before, and it’s been huge. Everyone wanted it here today.”

Aliso Niguel got the jump on Sautner and the Tritons in the first inning. A single, a walk and a single scored the Wolverines’ run, but the Tritons’ defense picked up Sautner in the first three innings.

Aliso Niguel grounded into a double play to end the first inning, left fielder Joey Bookataub made a diving catch in left field in the second inning, and Sautner made his own defensive plays in the third inning by fielding three consecutive bunts to open the frame and fielding another grounder to end the third.

Sautner pushed on into the seventh, but a leadoff walk forced a pitching change. Sautner allowed one run on four hits, with three walks and four strikeouts.

“It was definitely a struggle at first, couldn’t really find the zone,” Sautner said. “I just went back to the fundamentals, and what I’ve been doing well for my games, getting across my body, finishing in front.”

San Clemente had a baserunner in all seven innings on Tuesday, but the Tritons didn’t get a man across until the fifth inning.

Brock DellaVedova led off with an infield single and advanced to second on an error. Vinnie Kane also reached on an infield single before Chase Brunson drove in DellaVedova on another single. Kane slid and got under the tag at home on a fielder’s choice grounder from Ryan Dunbar to put San Clemente ahead, 2-1.

Nolan Reid, who went 4-for-4 on the day, led off the sixth inning with a double. Pinch runner Josh Egner scored on a single by Bookataub, and DellaVedova scored on a sacrifice fly by Kane for the 4-1 lead.

In the seventh, Kaden Giles came on in relief of Sautner and got back-to-back strikeouts on his first two batters, and the Tritons’ defense closed it down again, as Kane made a leaping stab of a line drive to the shortstop to end the game.