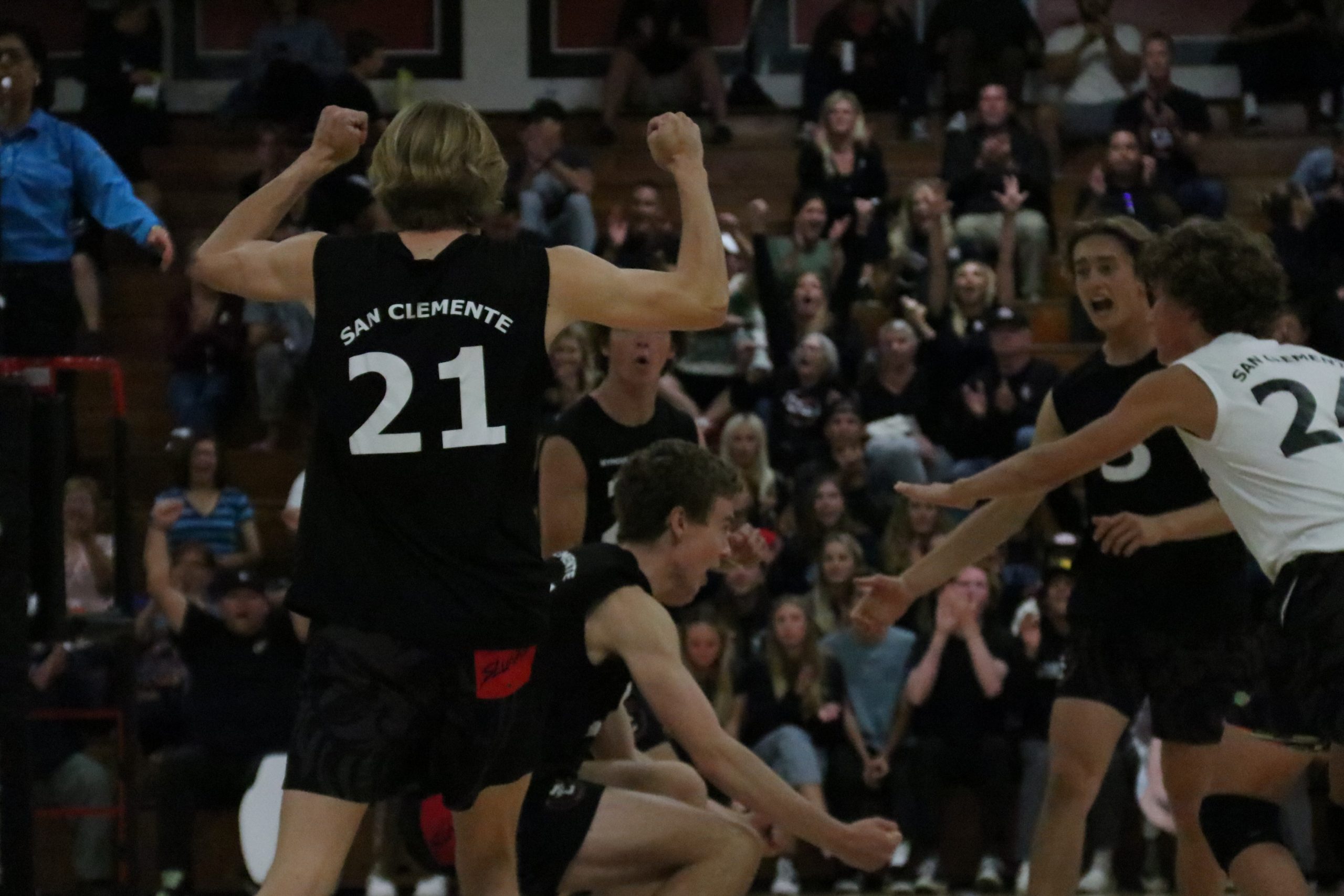 It wasn’t a completely clean CIF-SS playoff opener for the San Clemente boys volleyball team, but the Tritons still got the job done for an important confidence step into the postseason.

“We just kept it simple after a while,” San Clemente coach J Bisch said. “Get that pass, get that set, get that ball on the court. We know that when we’re a confident team it’s hard to play against us. When we were confident, guys are just getting kills left, right and center.”

San Clemente had some opportunities to pull away and cut through Marina, but the Tritons seemed to fight themselves at times on Thursday, which allowed the Vikings to hang around.

“Their mistakes were kind of dictating ours,” Bisch said. “We got off our game a little bit and were kind of chasing our tails. When you’re close to closing it out, sometimes you swing as if it’s going to be 10 points on one hit.”

San Clemente led by as much as seven points twice in the first set, but Marina cut the deficit down to two points, 20-18. The Tritons did enough down the stretch to put the first set away, 25-21.

In the second set, it was Marina that came out hard at the net and eventually built up its own seven-point lead at 21-14. The Tritons then turned the tables with a 7-1 run to cut the deficit to just one point, 21-20. Marina regrouped and held on to tie the match with the second-set win, 25-22.

San Clemente and Marina traded runs and points through the third set up to an 18-18 tied. Out of a Marina timeout, the Tritons went on a 7-2 run to confidently take the set, 25-20, and set up a strong finish to the match.

“First set we came out and had that emotion,” Bisch said. “Second set, when they answered with that, we were just sitting back too much in the passenger seat. When we were focused at the end, we were much better.”

In the fourth set, San Clemente took off quickly with strong net play to build up a 10-2 lead. The Tritons led by that eight-point margin six different times before landing on the final score, 25-17, to claim the match and advance.

San Clemente’s second-round opponent is St. Francis, which finished third in the Mission League this season. The Golden Knights’ only league losses came to unbeaten league champion Loyola and second-place Notre Dame of Sherman Oaks. Loyola is the top seed in CIF-SS Division 1, and Notre Dame knocked off Sea View League champion San Juan Hills in the Division 2 first round.