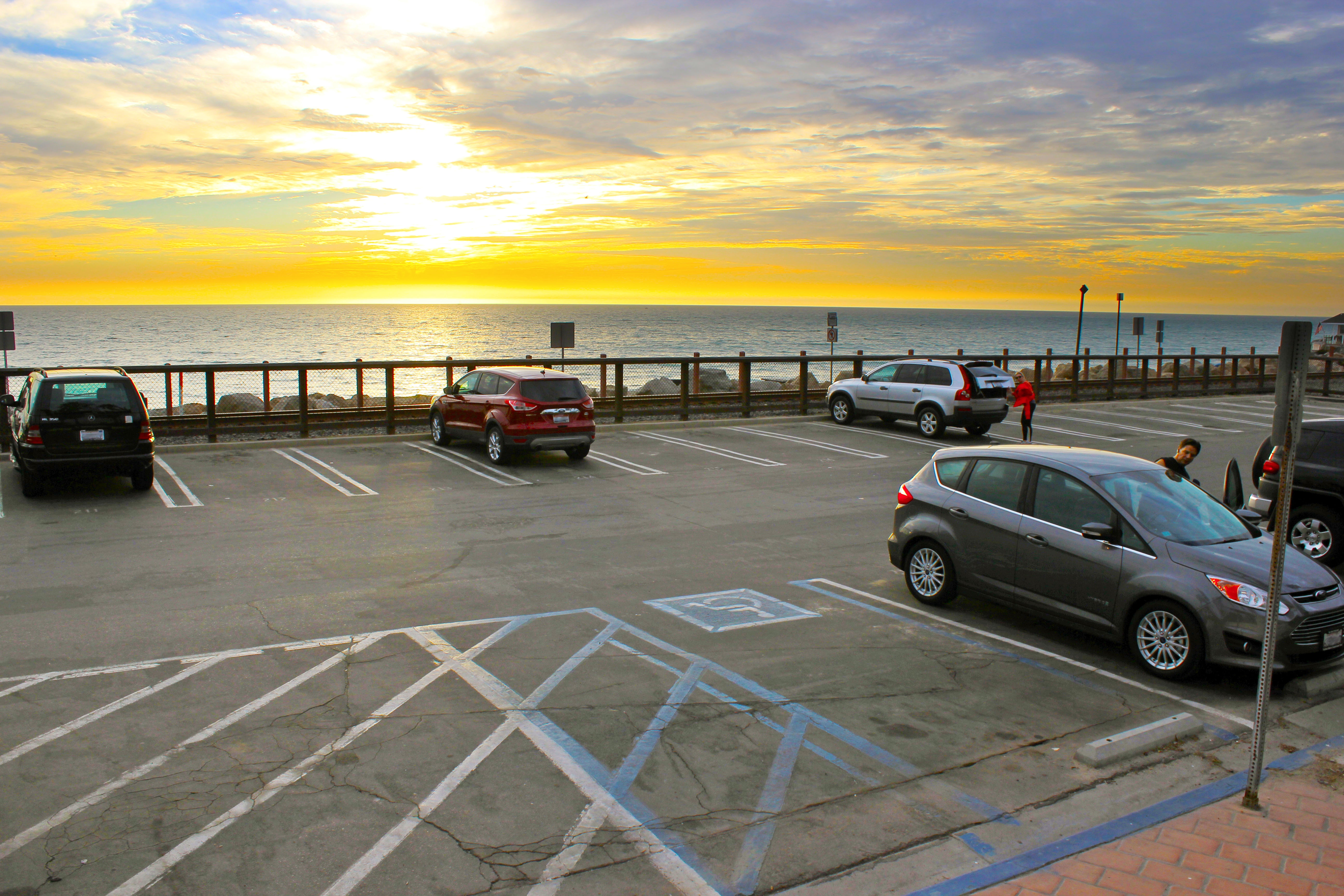 UPDATE: In a press release on Thursday night, May 28, the City of San Clemente announced that effective Friday, May 29, in alignment with State and Orange County beach parking, all city beach parking lots will be opened at full capacity.

On Thursday, city beach parking lots had been opened at 50% capacity.

The San Clemente City Council unanimously approved partially reopening parking in the city on Wednesday, May 27, based on staff recommendations.

Staff recommendations included opening Camino Capistrano, removing parking restriction on a portion of West Mariposa by the Mariposa access point, opening on-street parking in the North Beach area by West Avenida Pico and surrounding areas, as well as opening the North Beach lot along the beach frontage road down to the North Beach trailhead. The central triangle portion of the lot will stay closed. Other parking spots reopening were mentioned.

Councilmember Chris Hamm made a motion to discuss and vote on parking during a May 27 budget workshop, in the wake of Orange County officials recently announcing restaurants and malls are allowed to reopen. The parking issue was originally scheduled to come up during a June 2 council meeting, but it was moved up to the Thursday workshop after the county’s announcement on Saturday, May 23.

A protest over chain-link fencing surrounding a Pier Bowl parking lot that was erected to deter overcrowding at the beach also recently occurred in San Clemente. Eight individuals were arrested after demonstrators stormed the fencing area and others refused to disperse. During the May 27 workshop, city officials said that fencing will be taken down.

City staff also was given approval to fully reopen parking when allowed to do so under county guidelines.

“It is staff’s understanding that by the weekend, the county will open all parking at county beaches,” Public Works Director Tom Bonigut said.

Acting Mayor Laura Ferguson said she has been trying to get parking lots open for the past month.

“What would prohibit us from just opening at 100 percent?” Ferguson said. “Why would we not do that anyhow, considering we go to Ralphs, Albertsons, Lowes and Walmart all the time? Parking lots are packed. I don’t know anybody who says they got COVID-19 from a car parking next to someone so closely. Why are we now looking and picking and choosing what streets and partial parking lots to be open at this point?”

Bonignut said the recommendations were based on what other municipalities did and in consideration of the expected June 2 meeting discussion.

Ferguson and Hamm had sharp words for each other during the workshop. Hamm said it was “pretty concerning” that Ferguson did not appear to do her research on parking conditions in nearby cities and alleged that Ferguson put words in his mouth with regard to the parking discussion.

Ferguson said the attacks from Hamm were rude and unprofessional. Comments in the live chat on the meeting video also said Hamm’s demeanor toward Ferguson was disrespectful.

Hamm is not seeking reelection in November. Tensions have run high among city officials lately, with Ferguson recently rebuking a decision by city management to have council meetings by Zoom and councilmembers divided on having in-person meetings.

The city had to freeze funding for budgeted positions, limit part-time staff hours and take other financial measures due to the  COVID-19 pandemic and increased contract costs from two additional deputies under the Orange County Sheriff’s Department (OCSD) contract.

The city’s general fund, the main operating fund, has budgeted revenues of $68.2 million and budgeted expenditures of $70 million.

“What we have experienced, as every other city in California and Orange County, is a great deal of uncertainty as it relates to budget preparation this year,” Dunek said. “Trying to forecast revenue in a pandemic and with what is going on in the economy is difficult.”

Councilmember Gene James said he was not comfortable with the proposed budget, as is, since cuts may not be deep enough, and instead would like to see scenarios if there were funding reductions by 5%, 10% and 15% to prepare for possible impacts from the ongoing health crisis.

A motion by Ferguson for the budget to have contingency plans for those staggered reductions did not pass because of a 2-2 vote. Councilmembers Ferguson and James voted yes, while Councilmembers Hamm and Kathy Ward voted no.

“City staff has done a fantastic job with this budget and forecasting any potential pitfalls and putting us in a very safe fiscal position,” Hamm said. “That being said, I’m not going to task staff at this point during a pandemic—considering all the extensive work they’ve done and the issues we’ve seen in the last two months—to go back and rework 5, 10, 15 percent.”

Ward said she was proud of the budget.

The council is expected to discuss those requests and vote on approving the budget at future meetings. The hospital request will be discussed during a closed session, and the Rancho San Clemente issue will be placed on a meeting agenda.