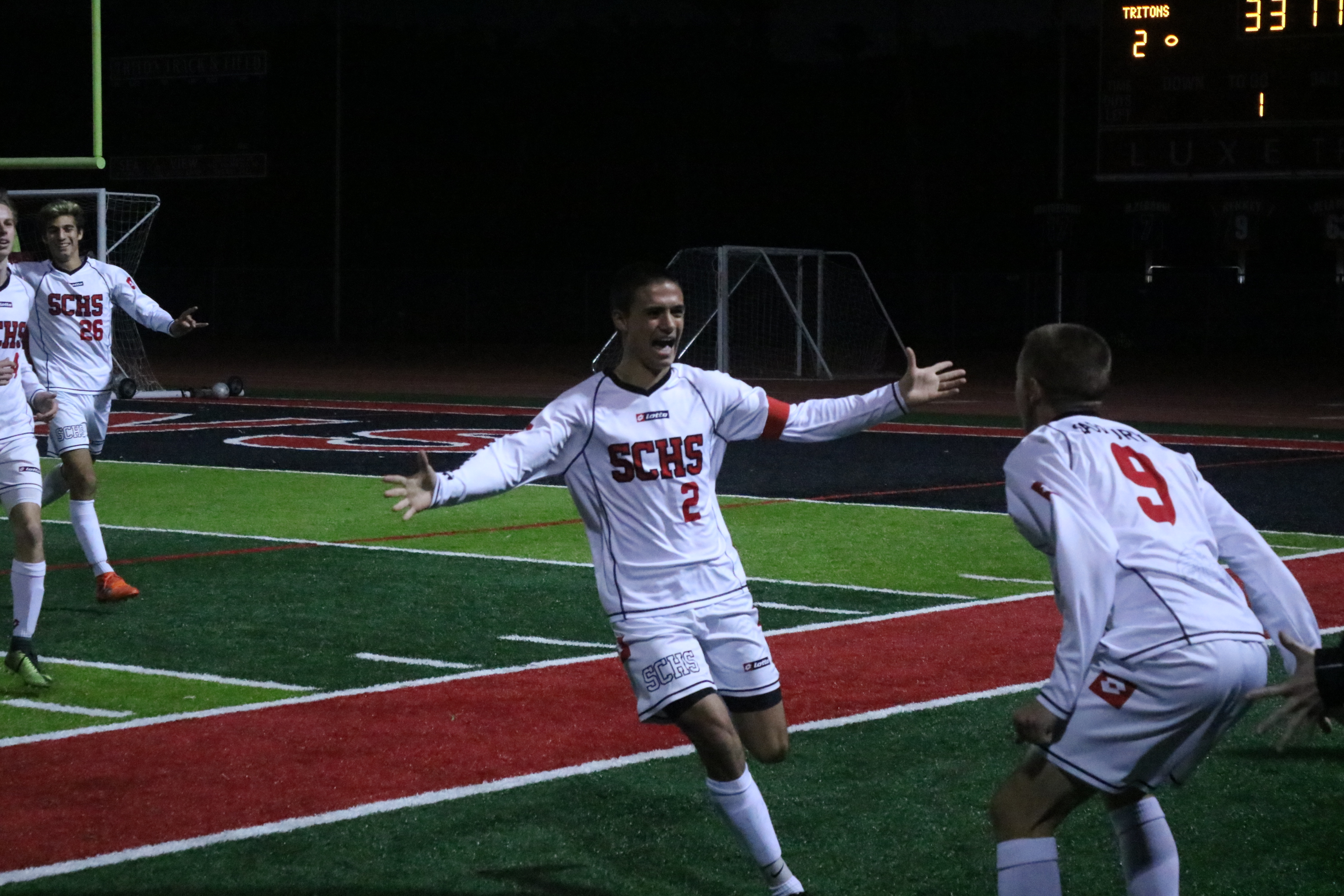 SAN CLEMENTE – After a first half that saw San Clemente boys soccer and Century tied at a goal each, the Tritons just needed a little extra something.

San Clemente wasn’t playing bad by any stretch, but they still needed to find another level.

A tactical switch lined up the Tritons passing game and got the offense rolling.

San Clemente scored three goals in the second, one in the air and two on the ground, to knock off Century, 4-2, in a CIF-SS Division 1 first-round match at San Clemente High.

“Today was a do or die situation,” San Clemente junior Quinn Richards said, “and I was just really glad we came out with the win. Everybody put their hearts out to put those four goals in. I was just happy to be a part of it.”

The Tritons got on the board in the seventh minute.

KC Smith stepped up on a Century clearing attempt to give San Clemente the ball. Smith kept up the middle as a long pass was sent to the right side and then back to Smith who finished for the opening strike.

It was the only real bit of connecting San Clemente did in the first half as the offense was held in check.

Century evened up the score in the 36th minute off a corner kick and header to the far side of the net.

Pronier moved Tristan Weber and Blake Bowen into the middle to open the second half, and the Tritons started to get moving.

Bowen knocked in a gorgeous leaping header to retake the lead in the 49th minute, and Liam Linas connected with Richards off the rush for the third goal in the 56th minute.

“I saw Liam, and he’s a pretty fast guy,” Richards said. “I was coming in from the left side, and I knew he was looking at me, and I was ready to get that pass. Defender was crashing in and I just wanted to take a touch inside and make something happen.”

Century knocked in a long shot in the 60th minute that caught the San Clemente keeper leaning to bring the game within one.

But Linas iced the game in the 75th minute.

After sustained pressure and a cross of his own that just missed, the Tritons kept the ball and sent it to Linas on the right side. Linas slid the ball to the very far side of the goal line and just inside the post for the fourth goal.

The game entertained the sizable crowd of Triton faithful, but always the coach, Pronier sees the things to keep his team improving in a tough Division 1.

“I feel like we were vulnerable tonight on set pieces, throw ins,” Pronier said. “We’re not going to get away with that against teams in the next round giving away two goals. We have to eliminate those things, make sure we make our opportunities count.”

“Next round is a different game.”