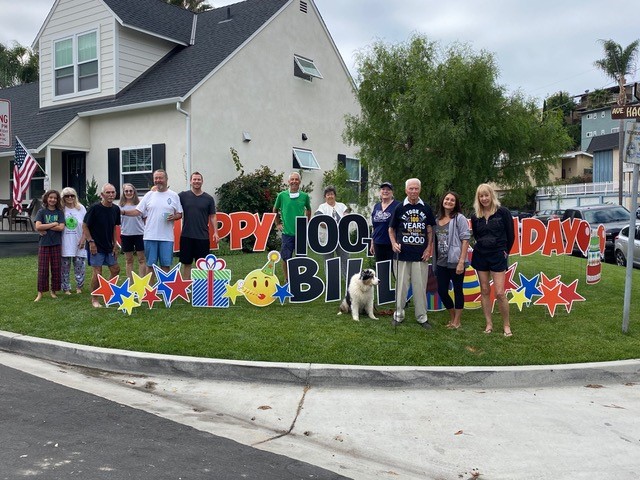 Slead’s milestone birthday was Monday, Aug. 31, but it was celebrated by community members on Sunday, Aug. 30. During his career, he served in the Navy and was a fire caption in Malibu and San Dimas.

According to neighbor Keith Orahood, Slead, while living in Pomona, would often make the trip to Malibu—before freeways were built—and pick up extra work on movie sets when a fire captain was needed on outdoor location projects.

Slead’s move to San Clemente started off memorably, Orahood noted, as his wife was on a lunch outing at the beach and bought their Avenida Hacienda home. She returned to tell Slead that she had bought a vacation home, which became their full-time home upon retirement.

Slead continues to reside in the home and enjoys spending his time exercising daily and continuing to drive.