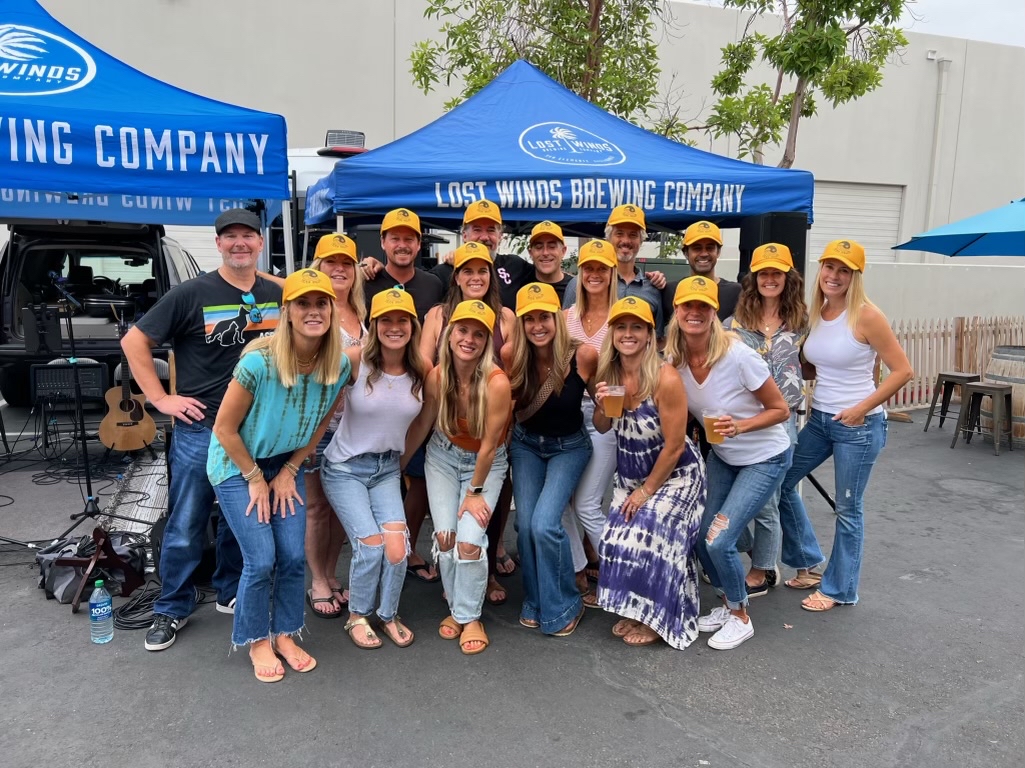 A “Music, Love and Positivity” event held on Saturday night, Sept. 10, in San Clemente showed just how much a community can accomplish when it seeks to help one of their own.

Hundreds of close friends and supporters came out to Lost Winds Brewing Company as part of a fundraising campaign to benefit Melia Perrizo-Hutak, a San Clemente resident who was recently diagnosed with bile duct cancer.

Perrizo-Hutak, 42, worked as a physical therapist before her diagnosis, which correlated with her healing spirit and actions of caring for everyone around her in life. Jen Kramer, who collaborated with a large group of friends to carry out the event, said Perrizo-Hutak is a unique person who has a magical energy to her.

“Melia is just one special human being who just radiates love and light to people around her,” Kramer said, adding: “She puts her patients first and her friends first and has the most beautiful smile. I don’t know anyone who doesn’t like her.”

As Perrizo-Hutak, a mother of two, continued to fight the disease, she learned with her husband, Joel Hutak, that the best treatment would involve an expensive trip to the original and largest Mayo Clinic facility in Rochester, Minnesota. While Perrizo-Hutak’s family prepared for their upcoming journey, which would involve her undergoing liver resection surgery, Kramer and her friends knew they needed to contribute.

The group decided to hold a fundraising event at Lost Winds, where they sold raffle tickets and raffled off items, and numerous local businesses participated to make the night as impactful as possible. Kramer said she was impressed by the number of people who wanted to contribute.

“The amount of love outpouring for (Perrizo-Hutak) is really only akin to a wedding,” she said. “That’s kind of what everybody was feeling, like, ‘Wow, this is so much support for this person.’ She’s going to get through it, even though it’s difficult odds.”

Lost Winds donated the site by waiving a $6,000 fee to use the space, Stewart Surfboards provided the grand prize of a custom surfboard with a $1,500 value, and Stance, Board and Brew and Z Supply were among the list of businesses that helped.

In total, the event raised $30,000, marking a successful campaign in which attendees were in high spirits and told stories about Perrizo-Hutak.

Her husband, Joel, told San Clemente Times in an email that Saturday night felt like “the entire community was there singing and dancing to live music and supporting us.”

He added that the support from the community overall has been extraordinary.

“The resources required to handle a life-altering event like this are unimaginable, and the support has been nothing short of amazing,” Hutak wrote. “From phone calls, texts, cards, flowers, prayer, and expressions of love to kid transportation, meals, coordinating travel to the Mayo Clinic, collecting airline miles and hotel points … the list goes on and on.”

The Hutak family set up an account on CaringBridge, a website that allows people to share health updates, and Kramer said they have managed a negative situation well.

“(Joel) has been writing these updates that are this perfect balance of humor and authenticity,” she said. “They’re very genuine. … They laugh still, and they’re keeping their spirits up and their heads down, leaning into the community and letting us help.”

Despite receiving the shocking diagnosis in such a brief time period, Perrizo-Hutak, Kramer said, immediately took action and checked off things she needed to get done to put her in the best position possible going forward.

In his email, Hutak spoke about his wife’s resilience, calling her amazing in the face of adversity.

“She is an amazing person and continues to be, even during times of great uncertainty,” he wrote. “She does not dwell on the negative, only focusing her time and energy on the positive to continue pushing forward.”

More information about Perrizo-Hutak and how to support her efforts to overcome bile duct cancer can be found on the family’s GoFundMe page online, as well as their CaringBridge page.