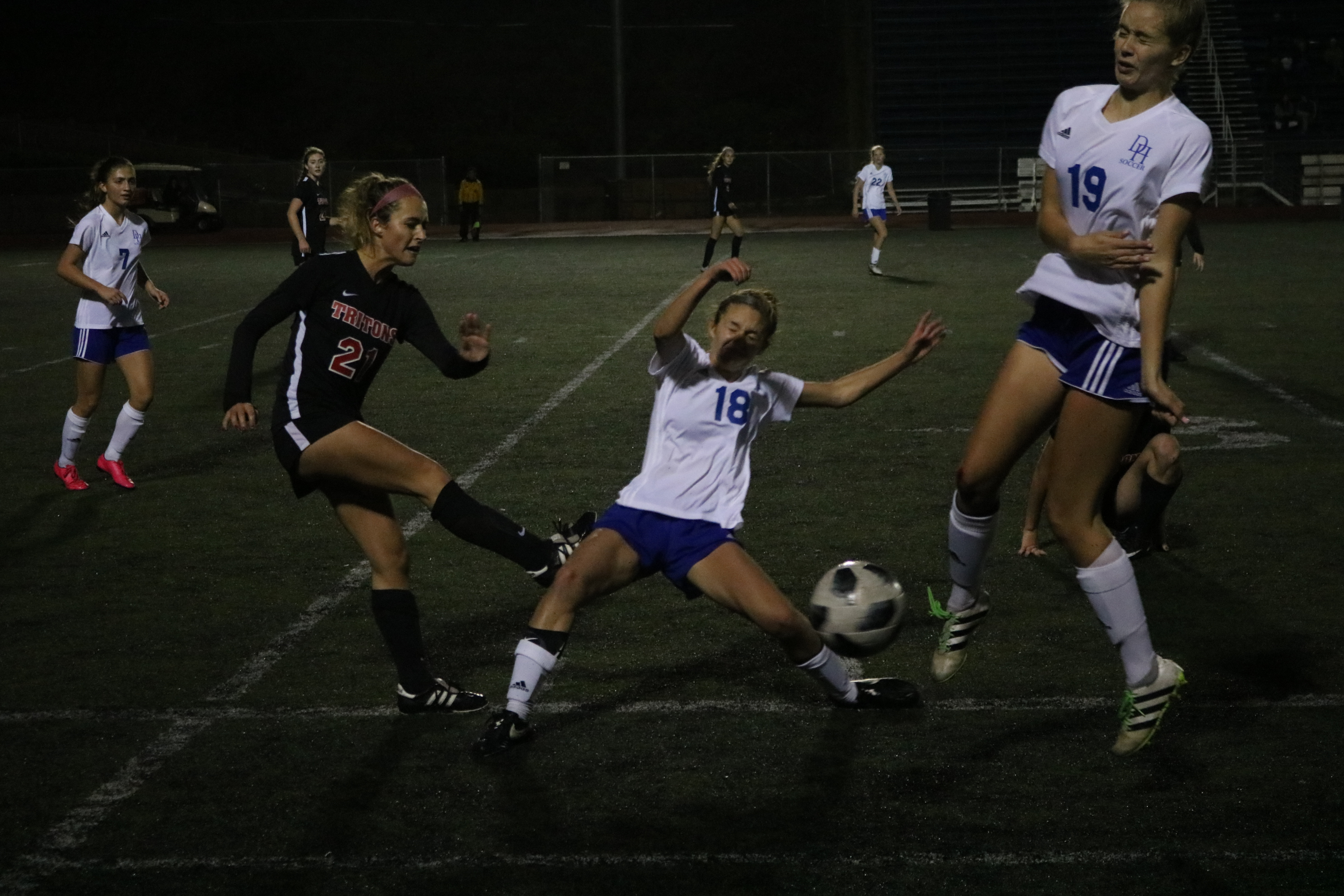 DANA POINT – Rain soaked the Dana Hills turf through the first half of their league opener against San Clemente, which led to some soggy and slow play in the second half, but maybe that’s just how the Dolphins wanted it.

Dana Hills and San Clemente exchanged goals within a minute of each other in the second half, but that was enough to earn the Dolphins a surprising draw, 1-1, to kick off the South Coast League on Tuesday.

“I’m very happy with them,” Dana Hills coach Zaid Malkosh said. “This is a very good performance against a very good team. It was good experience to play a tough team like that.”

“It’s more mental than anything,” San Clemente goalkeeper Kelsey Bland said. “I think we let the rain get to us, and we were just in that mindset of, ‘oh, this is Dana, we don’t really need to try.’ We should’ve come out stronger. That wasn’t our best game.”

Dana Hills struck first in the 49th minute as a shot deflected high and lobbed over Bland to give the Dolphins the advantage.

“We just switched off for one second,” San Clemente coach Lauren Leslie said, “and you get scored on, especially in this league where every game is tough.”

The Tritons showed their toughness by immediately pushing up the field and Natalie Crapo scoring on the rebound within a minute of Dana Hills’ tally.

Neither team took advantage of that window or the rest of the game.

Dana Hills had the best chance as Bland came out but couldn’t handle a long ball. A Dolphin forward pounced on the loose ball, but the ensuing shot didn’t have enough on it as a San Clemente defender sprinted back and swept it away.

Things don’t get easier for either side as both play defending league champion Aliso Niguel in their next game. Dana Hills travels to Aliso Niguel on Thursday, Jan. 11, and San Clemente hosts the Wolverines next Tuesday, Jan. 16.