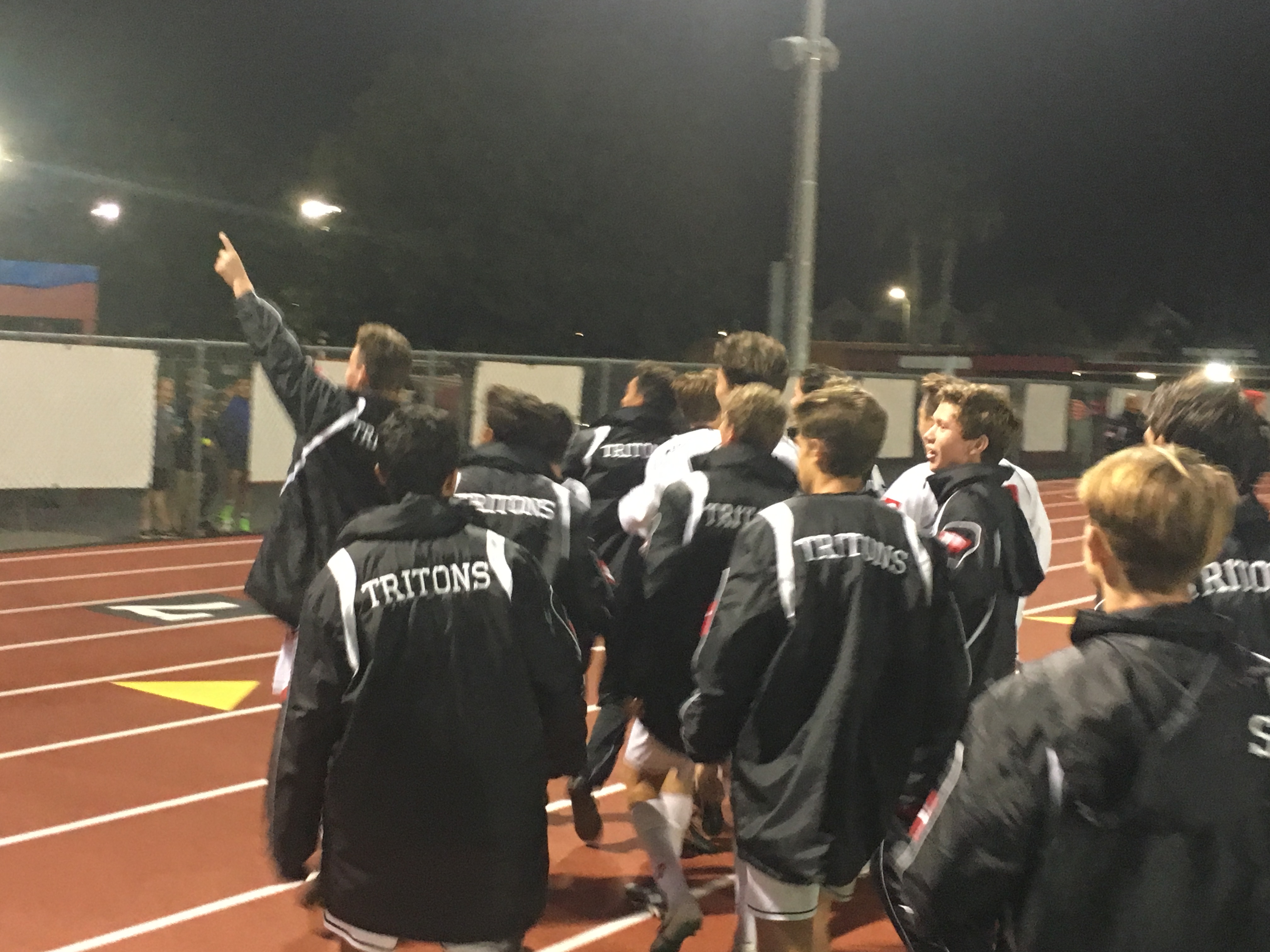 SAN CLEMENTE – From the opening kick-off, it was evident how Wednesday’s game was going to go for the San Clemente boys soccer team.

The Tritons would dominate possession and have to sweep away El Toro’s counterattacks.

In a game were it seemed like goals were going to come easy as a result of that possession, San Clemente had to grind it out, but a first-half goal by Blake Bowen and a last-minute laser by Tristan Weber were enough to put the Tritons over El Toro, 2-0, in a South Coast League match at San Clemente High.

“I saw something in us tonight,” San Clemente coach Michael Pronier said. “It’s finding that balance between intensity, physicality and skill. I really saw the skill game in us. I thought we had really good possessions with the ball. We were trying to set things up.”

Junior midfielder Blake Bowen connected on a liner from the left side and beat the El Toro keeper to the far side for the lead, 1-0.

From there, San Clemente continued to string together passes but didn’t get any more dangerous chances until later in the second half.

“I thought as we didn’t make any mistakes defensively then we had a good shot,” Pronier said. “I would have like to see us attack a little quicker after our first goal. We could’ve put a little more heat on them.”

In the second half, the Tritons earned free kicks and corner kicks, had rebound opportunities and even got in close one-on-one, but San Clemente couldn’t find a finish.

In the final minute of the game, San Clemente earned one more free kick from the right side. Weber stepped up and curled it to the far top corner and celebrated his laser.

“I was like okay I’m ready to hang up the boots,” Weber said. “I’ve scored plenty of free kicks, but I’ve never stuck one in the triangle like that.”