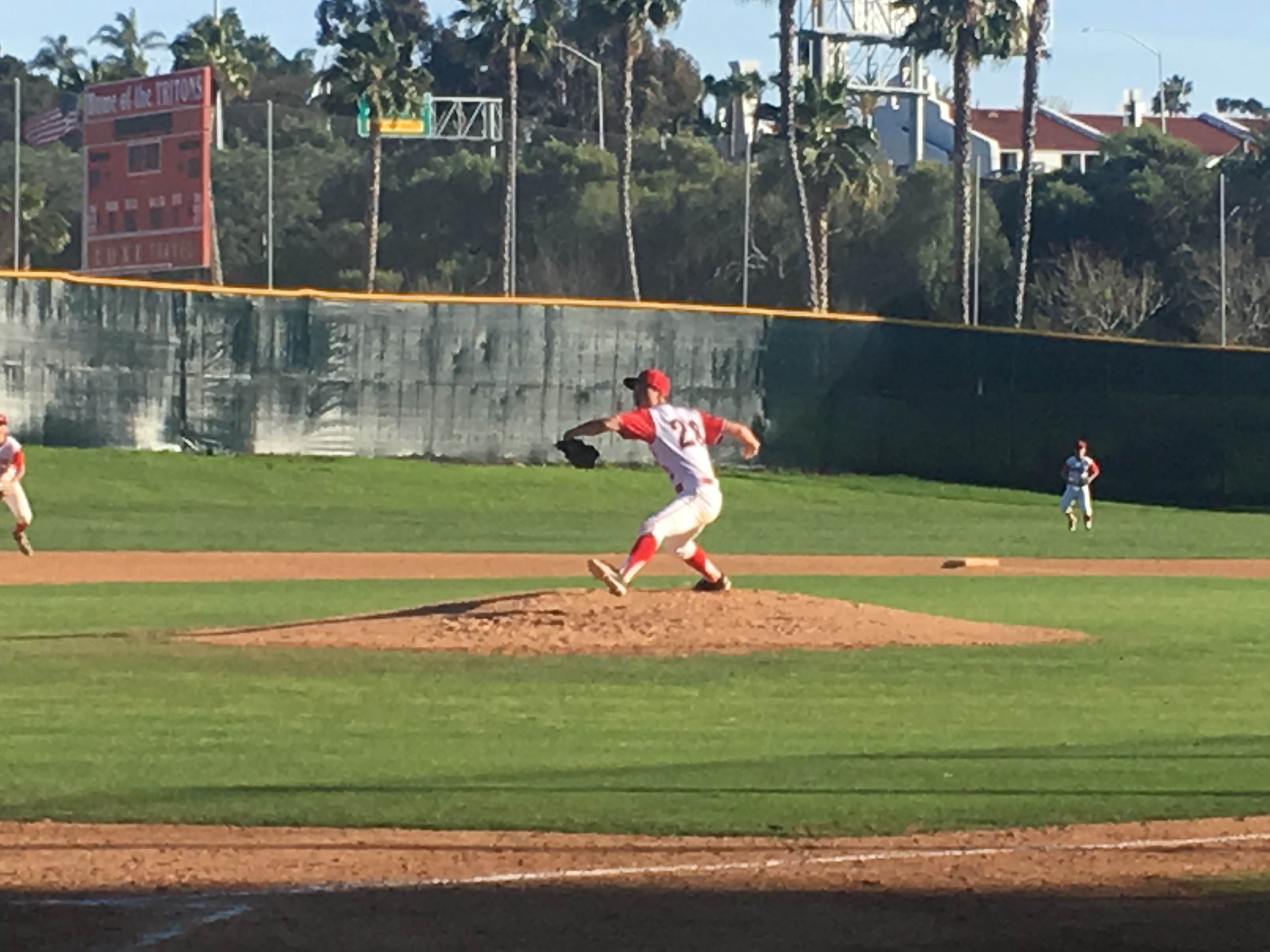 SAN CLEMENTE – Everyone knew the South Coast League was going to be tough game in and game out. San Clemente baseball has learned that the hard way through their first two league contests.

The Tritons battled back from a five-run deficit but couldn’t get over the top against Aliso Niguel in a loss, 5-4, to drop their second straight one-run league game on Friday at San Clemente High School.

“We just have to minimize our mistakes,” San Clemente coach David Gellatly said. “There were a lot of things that happened during this game that if we make a play defensively here, if we don’t get caught off the bag on a line drive there, it’s a completely different ball game. We gave up three unearned runs.”

Four of the five South Coast League teams have been ranked in the CIF-SS Division 1 poll with Aliso Niguel (7-3, 2-1) currently at No 10 and Mission Viejo at No. 6. Capistrano Valley, the only team not ranked so far this season, won’t be far behind with its 2-0 league start.

“This league is unbelievable,” Gellatly said. “We’ve had the winning run at the plate in the last two games. We just couldn’t get it done. We just have to control what we can control. These guys believe they can play with anybody.”

San Clemente was behind to start the game on Friday.

Aliso Niguel scored on an RBI double in the first inning, and in the third inning, the Tritons dug their own hole.

“Mike’s one of the best shortstops in the county,” Gellatly said. “He rarely does anything of that nature. Let alone one, he made two in the same inning. I don’t worry about that. He’s our guy and he’s not going to do that very often.”

Reed was shutting down San Clemente through the first two innings on the mound. Reed racked up six strikeouts into the third inning where the Tritons began to turn the tide.

McGreevy singled with one out for San Clemente’s first hit, and Jeff Bruyntjens singled him home for the Tritons’ first run. Jimmy Cusey hit a two RBI double to send home Bruyntjens and Charlie Loust and San Clemente was back in it.

“We’ve typically been a slow starting team,” Gellatly said, “and the pitching in our league, everybody is tough. I think he (Reed) got a little bit rattled, got a little up in the zone, got behind the hitters so we could sit on the fastball a little bit. We shortened up our swings a bit and stayed within ourselves.”

Zach Skov led off the bottom of the fourth with a double and scored on a single by Kyle Kerr.

San Clemente got runners to second and third with no outs, but a fly ball and a line-out to shortstop with a leaning Triton runner made for a quick threat-ending, inning-ending double play for Aliso Niguel.

In the sixth, San Clemente got another potential tying runner to second base, but another line-out to the shortstop and another leaning runner ended the Tritons’ opportunity again.

San Clemente stayed in position to tie or win with a strong start from pitcher Kai Goode. Goode’s had to find his control early, and after the runs off error in the third, he settled in for a solid start. Goode threw six innings and allowed two earned runs off five hits with three strikeouts and a walk.

“Coming into the season, pitching was our big question mark, outside of McGreevy,” Gellatly said. “After this game, I’m a big believer in our pitchers. We’re going to stay in every ball game.”

In the seventh inning, San Clemente got a lead-off single, but an ensuing sacrifice bunt went straight into the dirt and the runner was thrown out at third. The game ended on a line-drive caught by a diving Aliso Niguel first baseman, a strong play to snuff out San Clemente’s shot.

San Clemente hosts Chaparral of Temecula and Palm Desert in the Anaheim Lions Tournament on Saturday, March 24 and doesn’t return to league play until April 13 at home against Capistrano Valley.