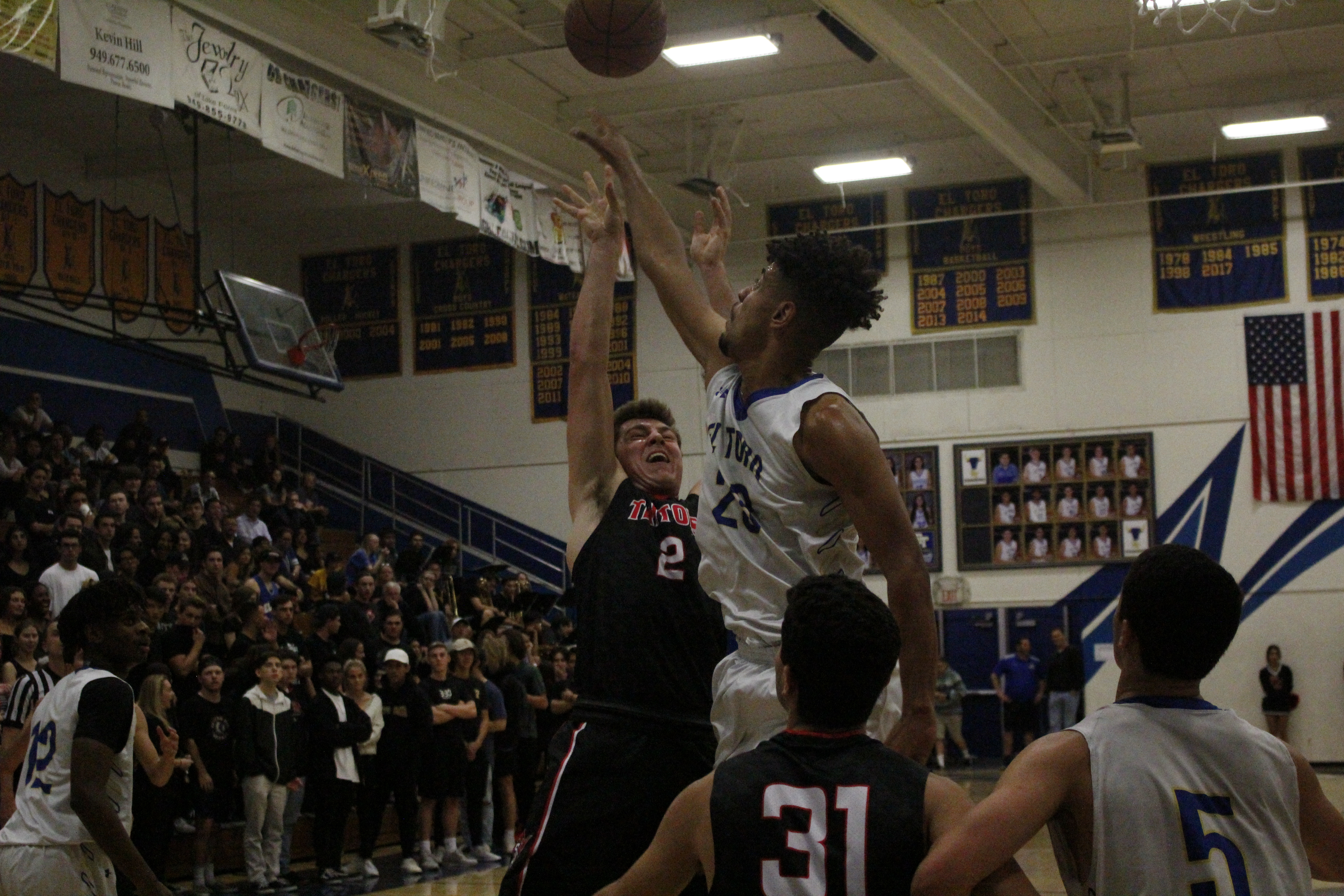 El Toro led by 13 points after the first quarter and by 29 points after the third quarter to beat San Clemente, 68-59, and clinch the final guaranteed playoff berth from the South Coast League in third place at El Toro High on Thursday.

“Apparently, I give the worst pregame speeches in America the last two weeks,” San Clemente coach Marc Popovich said on the recent slow starts. “I don’t have an answer for you. I really don’t.”

San Clemente will have to wait until the CIF-SS playoff brackets are released on Sunday to see if it earned an at-large bid in Division 2AA, but the Tritons are likely to be selected despite the loss.

The Tritons dug themselves into another early hole in the first quarter, but San Clemente wasn’t nearly as out of sync as it had been in previous losses.

“We had lay-ups. It wasn’t like we didn’t get good looks,” Popovich said. “Normally, you’ll see me take a quick timeout, but I didn’t because we weren’t getting good looks. They just weren’t going in.”

On the other side, El Toro was equally and oppositely effective.

The Chargers opened with the game’s first nine points before getting out in transition to extend their lead.

“Turnovers killed us,” Popovich said. “That end of the first through the middle of the second, we just turned the ball over too many times to too good of a team.”

El Toro was stuck on 67 points for more than a few minutes at end of the game as San Clemente charged back to cut the lead all the way to eight points, but time ran out on the Tritons.

The CIF-SS playoff brackets will be announced on Sunday, Feb. 11 at 1 p.m. on www.cifss.org.