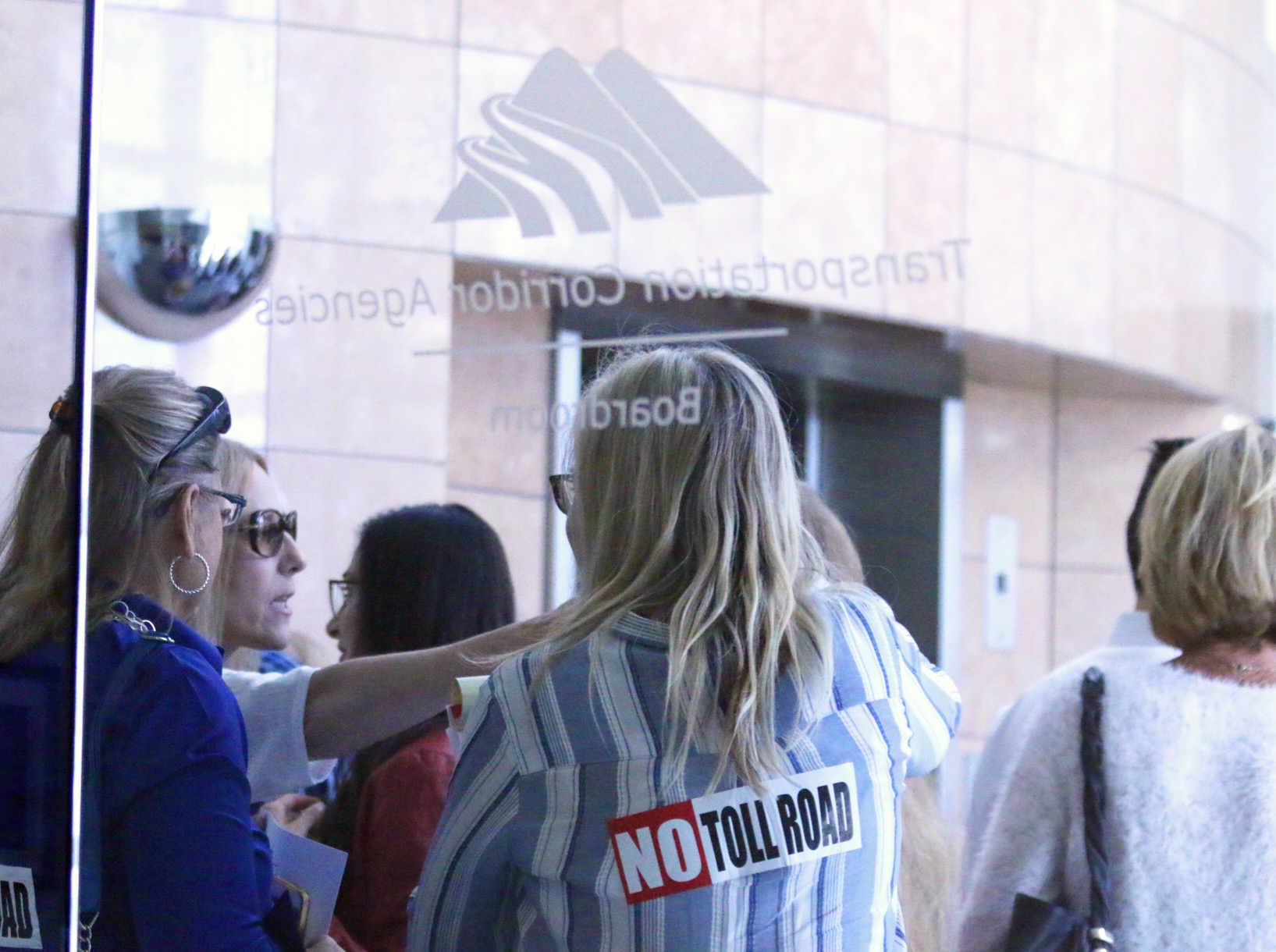 The city of San Clemente has filed another lawsuit in Orange County Superior Court related to The Toll Roads, this time claiming the agency running the roads is violating the California Public Records Act (CPRA).

San Clemente claims the Transportation Corridor Agencies (TCA), the administrator of The Toll Roads, has spent at least $20 million on lobbyists for the state Legislature, “such as Curt Pringle & Associates, run by the former Chairman of the California High-Speed Rail Authority, and Venture Strategic, headed by the former campaign consultant for Orange County Supervisor Lisa Bartlett.”

“The City of San Clemente filed a lawsuit today in Orange County Superior Court alleging the Transportation Corridors Agencies (TCA) is failing to comply with the California Public Records Act, a violation of California law,” a press release distributed June 20 stated. “The City is seeking all consulting agreements, including all agreements with lobbyists and public affairs consultants for the TCA. The Public Records Act request also requested all expense reimbursements, stipends and other payments to the TCA CEO Michael Kraman and TCA Board members. These documents will clearly show that the TCA has spent more money on lobbyists over the past twenty years than it has spent on building new toll roads during this same period of time.”

The city stated it filed a records request seeking the documents on March 13, and the city’s lawsuit is asking the TCA to fulfill its records request by a court order. (See the bottom of this article for the full complaint).

San Clemente’s City Council is in full support of a bill sponsored by Assemblyman Rocky Chavez, R-76, but it is currently without a hearing date in the state Senate’s Transportation and Housing Committee. A.B. 382 would basically strip the TCA of its ability to construct a toll road south of where the terminus of the 241 at Oso Parkway.

“Despite communications from the TCA in April that they would provide the document, TCA has failed to provide any documents or respond to any further communications,” the release stated. “After the City sent one final request on June 5, 2018, requesting these public documents, TCA once again failed to respond or provide any documents. The City of San Clemente is seeking a writ of mandate from the court, to compel TCA to turn over the public documents detailing the millions it has spent on lobbying and public relation efforts. The City of San Clemente will also be entitled to recover all attorneys’ fees for such action.”

The CPRA requires public entities to respond to a request within 10 days to determine if the request can be fulfilled, with redactions or completely withheld and must explain any reason for not providing the documents under state statute citation. Extensions can be granted if the request is lengthy, but there are limitations as to how long a public entity can take.

TCA officials responded with a statement on June 21.

“TCA has responded to numerous Public Records Act requests over the past year, each time complying with its obligations under the Public Records Act,” the release stated. “TCA’s response to the City of San Clemente’s request has been no different. Moreover, contrary to the assertions in the City’s press release, on June 8, 2018, TCA mailed a partial response to the City’s Public Records Act request, providing the majority of the documents requested, including the requested consultant contracts and invoices. At that time, the few remaining items were still being compiled, due to the fact that some of the reports are in long-term storage.”

But San Clemente officials are not convinced.

“The TCA continues to refuse to follow the law and simply provide their multi-million dollar lobbyist and consultants contracts over to the public,” San Clemente Mayor Tim Brown stated in the release. “The amount of money the TCA has spent on lobbyists and consultants to keep their organization afloat, despite not having built anything in over 20 years, demands scrutiny, and the taxpayers have the right to know.”

The TCA provided in its response a map of projects it has completed in recent years, which can be found at the bottom of this article.

The city’s press release also stated that the hearing on the city’s CPRA lawsuit against the TCA is expected to be held on an “expedited basis.”

San Clemente has already filed a lawsuit against the TCA regarding a protective agreement with the Save San Onofre Coalition that ended a 15-year legal battle over a different toll road route. Currently, the TCA has proposed several toll road alignments that would directly affect San Clemente. The least popular one with many residents is Idea 14, which is designed to go through major thoroughfares in the city.

Residents within San Clemente have also filed their own lawsuits to try to stop any toll road construction in the city.