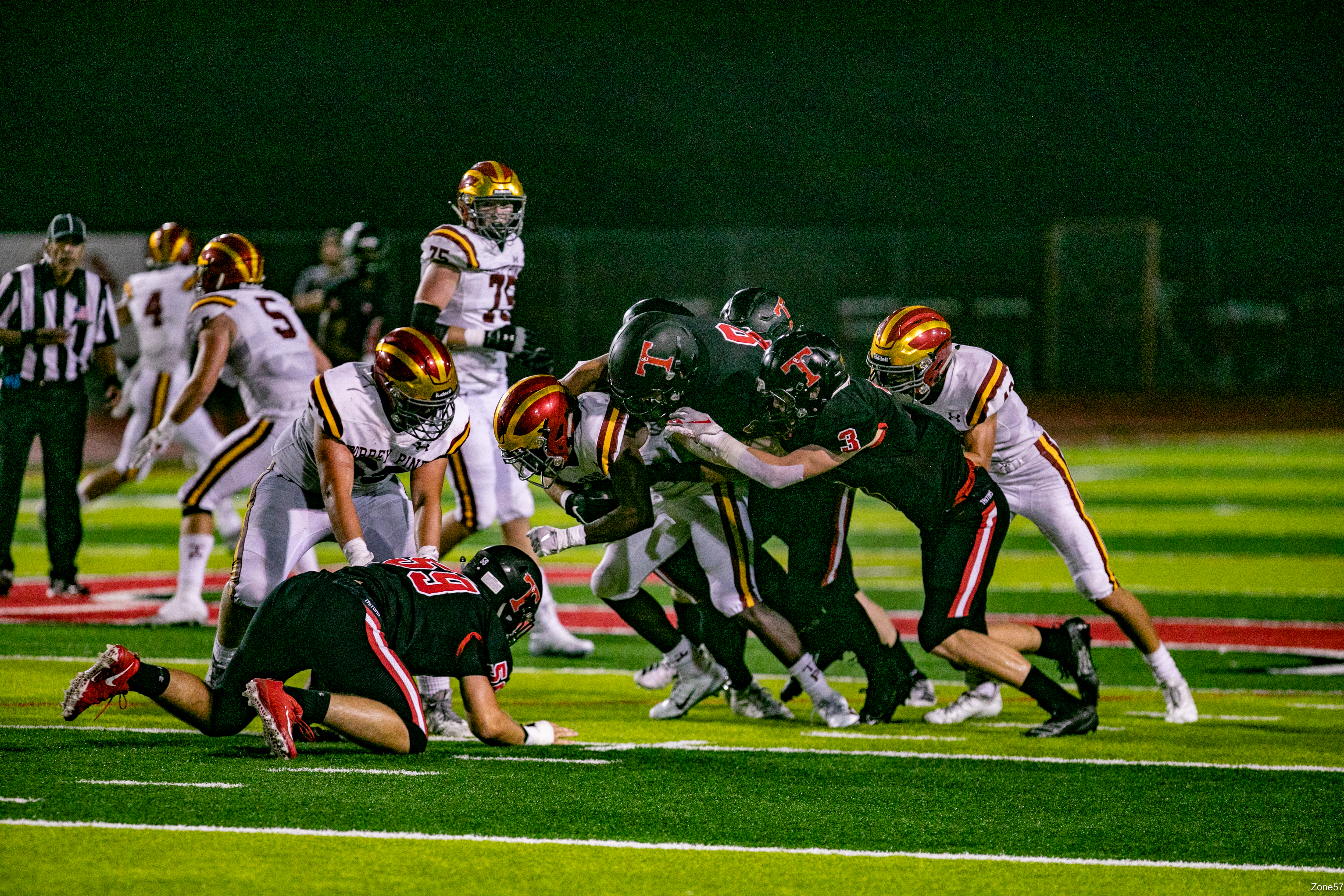 SAN CLEMENTE – The San Clemente football team’s defense has been the Tritons most impressive unit this season, and they might have put forth their best performance yet.

San Clemente forced three more turnovers for a season total of 14 and shutout the previously undefeated Lincoln for another win over a top San Diego foe, 29-0, in a nonleague game Friday at San Clemente High School.

San Clemente senior Trey Torticill pulled in an interception for one of the Tritons’ 3 forced turnovers in a shutout of Lincoln of San Diego, 29-0. Torticill leads @Tritonfootball with 5 turnovers of the team’s 14 total. SC is 4-0. @SCHSTritons @TorticillTrey @SCTimesNews pic.twitter.com/PoNNH2OVut

“They’re just tenacious,” San Clemente coach Jaime Ortiz said. “I think our coaches put together a great gameplan, and the kids executed. There’s a high football IQ, the kids are able to adjust on the fly. They really get it. They took their lumps last year, and now that they’re juniors and seniors with playing experience, they’re a big help to us.”

“A lot of people in Orange County don’t know about Lincoln or Torrey Pines,” Ortiz said, “but they’re top level teams. It’s a good test for our kids. That’s why you play them: to get ready for league.”

The Tritons held Lincoln to 140 yards of offense in the shutout. Lincoln had been averaging well over 200 yards passing and more than 34 points per game in their first three contests.

“Be the first one to hit,” senior linebacker Trey Torticill said of the defensive mentality. “Be the hammer, not the nail. I’ve heard that my whole life since I first put on a helmet.”

“On Tuesdays, we have Turnover Tuesdays,” Torticill said. “We try to get as many turnovers as we can (in practice.) In the game, we break on the ball quicker, and do what we do in practice.”

Thanks to some of Lincoln’s 14 penalties in the game, San Clemente extended its next drive, and the Tritons finished on a 28-yard field goal by senior Cole Thompson.

Following Billoups’ interception, Thompson knocked in another field goal from 39 yards for the 13-0 halftime lead.

In the third quarter, a short punt put San Clemente in Lincoln territory, and the Tritons capitalized on a 17-yard TD pass from Billoups to Rex for the 20-0 lead.

San Clemente earned a safety in the fourth quarter when Lincoln’s punt snap went over the punter’s head into the end zone. The Tritons had the opportunity for a touchdown but kicked the ball out of bounds for the two points, 22-0.

Late in the fourth quarter, Bohls ran in a 10-yard touchdown for the 29-0 final.