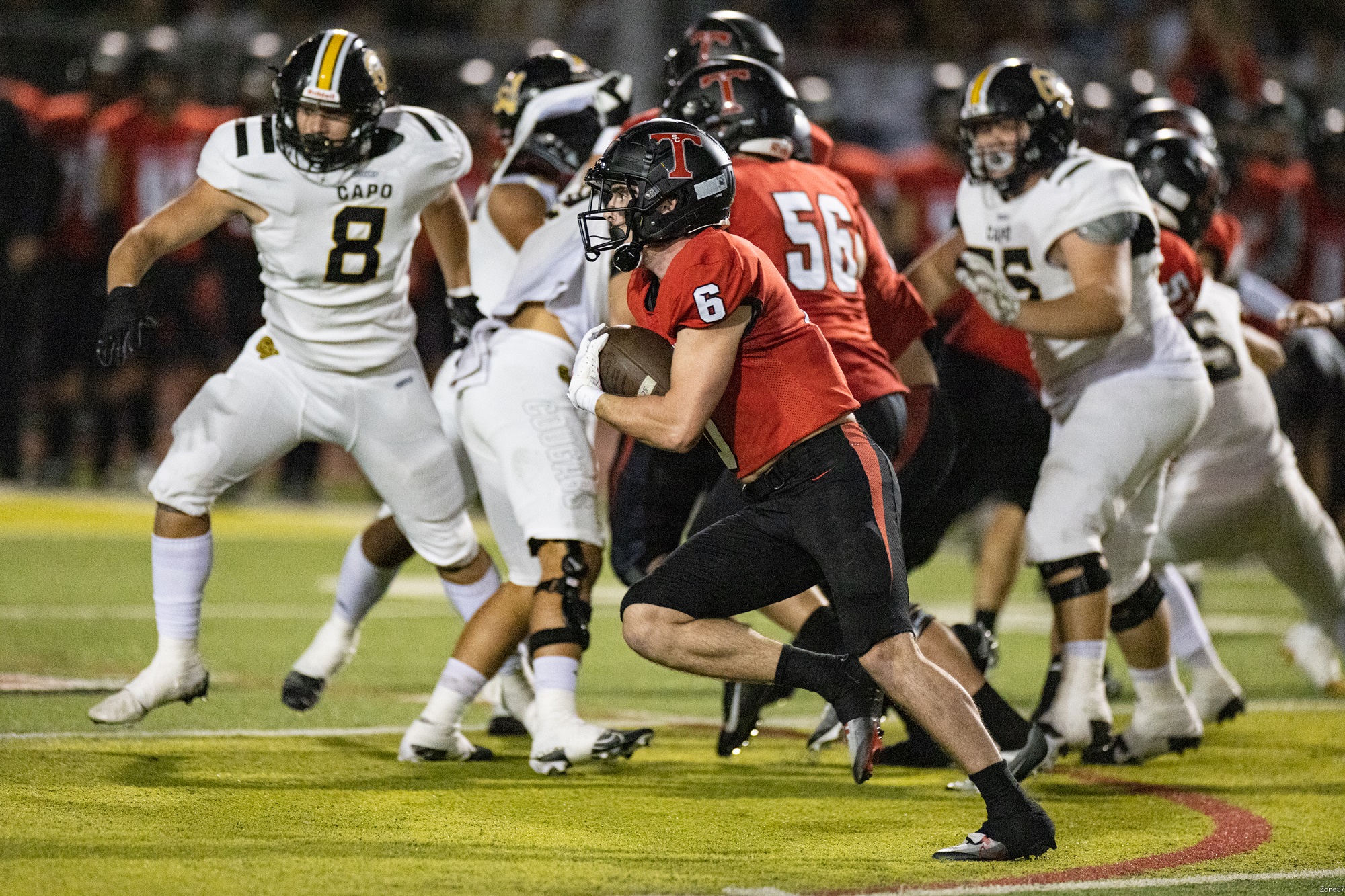 The San Clemente football team rebounded in a big way to rumble back into the win column on its Homecoming night.

After marching through downtown for the Homecoming parade in the afternoon, San Clemente (6-3, 1-1) marched to a 14-0 after the first quarter and 37-0 at halftime.

The effort was spread out defensively, but senior Nolan Reid made huge impacts with three sacks. Juniors Owen Bolliger and Brock Della Vedova each registered a sack. Seniors Brad Gerken and Ryder Insley both collected a tackle-for-loss from the secondary. Insley and Gerken led the Tritons with five total tackles each. Senior Ethan Rea grabbed the lone turnover with an interception.

Both the Tritons and Titans figure to make the playoffs, but the only way to guarantee that is by winning on Friday. The winner will be an automatic qualifier, but the loser would be subject to the at-large selection process. While both have strong resumes for at-large selection, there’s always the outside possibility that they would not be selected, based on the number of automatic qualifiers in their playoff grouping.

As of now, both would likely fall into Division 3, based on the current CalPreps rankings used by CIF-SS to determine playoff divisions. However, a strong win by either could do enough to push the winner into Division 2, especially with the potential for CIF-SS to expand the Division 1 playoff field to 12 teams. Division 1 could also be as small as four teams.

Playoff selections and divisions will be released on Sunday, Oct. 30.

The Tritons and Titans have two common opponents in La Costa Canyon and Mission Viejo. Tesoro opened its season with a 35-33 win over La Costa Canyon, and San Clemente won its third game of the season over the Mavericks, 17-0. Both lost big to Mission Viejo. The Diablos beat San Clemente in their league opener, 49-14, and Tesoro lost last week, 71-0.

Tesoro has leaned on its run game this season, with junior back Travis Wood gaining 1,165 yards and 12 touchdowns on 185 carries. Sophomore transfer quarterback Cash O’Byrne did not play last week against Mission Viejo, but in his three starts since becoming eligible, O’Byrne has completed 54% of his passes for 502 yards and five touchdowns with three interceptions.