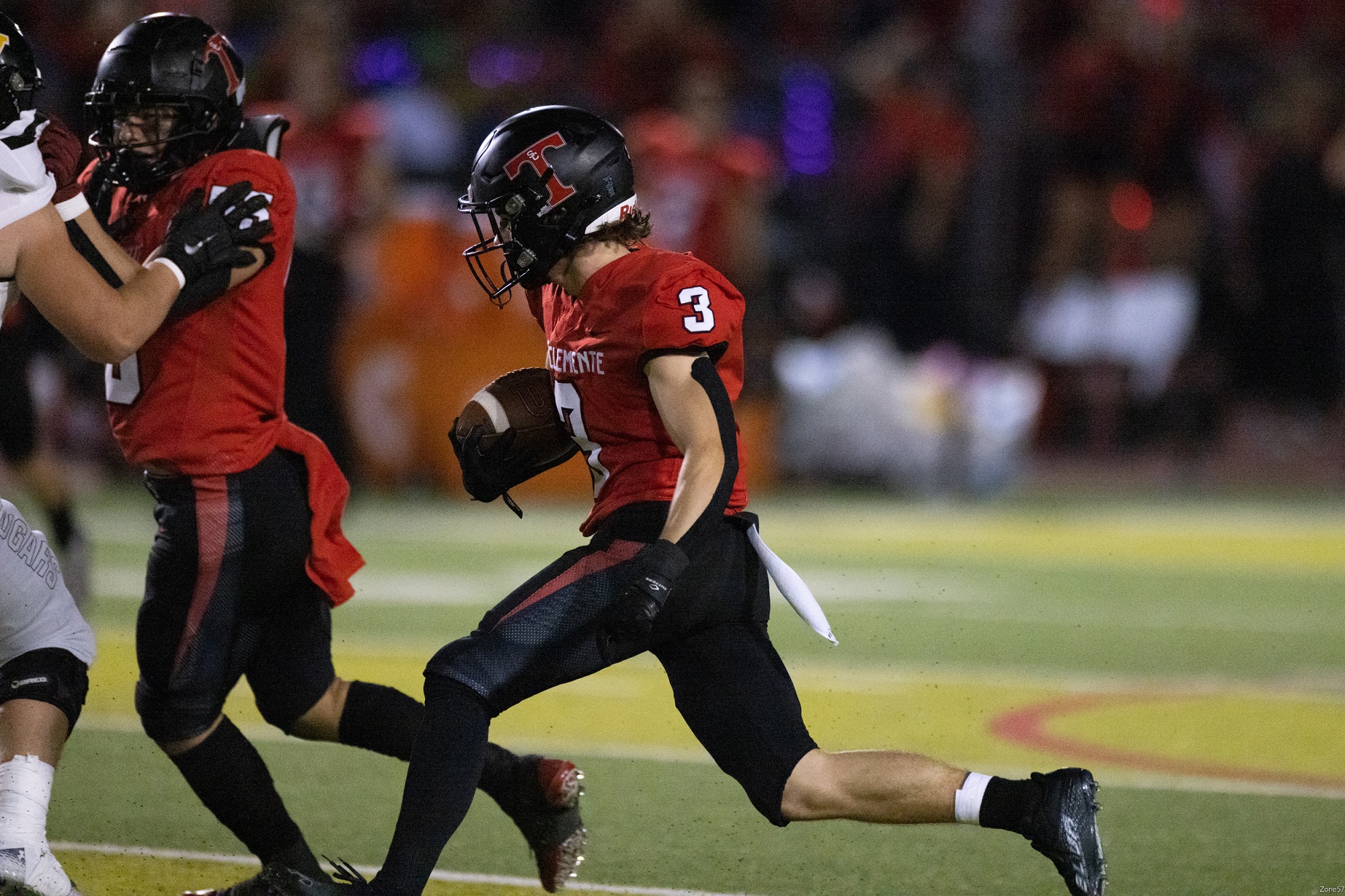 San Clemente football’s defense shut the door on Tesoro in its season finale and opened the path to the playoffs for the Tritons.

San Clemente snagged five interceptions, including three with a pick six from senior Ethan Rea and another pick six by senior Brad Gerken, and ran for over 200 yards to hold down Tesoro and pull away late, 31-14, in both teams’ South Coast League closer last Friday, Oct. 28, at Thalassa Stadium.

With the win, San Clemente (7-3, 2-1) locked up second place in the South Coast League and the league’s final automatic CIF-SS playoff berth. The Tritons slotted into Division 2 and will open up on the road on the blue turf of No. 2 seed Chaminade of West Hills (8-2) on Friday, Nov. 4.

San Clemente’s interceptions all came in big spots to either get the Tritons on the board or deny Tesoro (6-4, 1-2) deep in Triton territory.

Rea’s first interception in the second quarter came at the San Clemente 15-yard line, and the Tritons’ second pick went for their first points on an 11-yard interception return by senior Brad Gerken, who also racked up 13 tackles.

San Clemente went up by two scores, 14-0, on a 45-yard run by junior Dylan Mills, and then Rea denied Tesoro again just before halftime with an interception at the San Clemente 2-yard line.

Tesoro scored on a touchdown pass, and on the ensuing drive, the Titans recovered a fumble and returned it 20 yards for the touchdown to cut the deficit to just three points, 17-14.

However, San Clemente bounced back with its ground attack and an 8-yard scoring run from Mills to go back up by 10 points, 24-14. Mills was the leader in strong rushing performance by the Tritons. The transfer quarterback ran for 118 yards and two touchdowns. Senior running back Blake Allen ran for 84 yards on 12 carries. San Clemente only threw for 62 yards.

From there, the San Clemente secondary shut down Tesoro and pushed the Tritons out to victory.

Rea pulled in his third interception on the next drive and returned the ball 20 yards for the touchdown and the 31-14 lead, and Brock Della Vedova notched San Clemente’s fifth interception at its own 13-yard line to snuff out Tesoro’s comeback hopes.