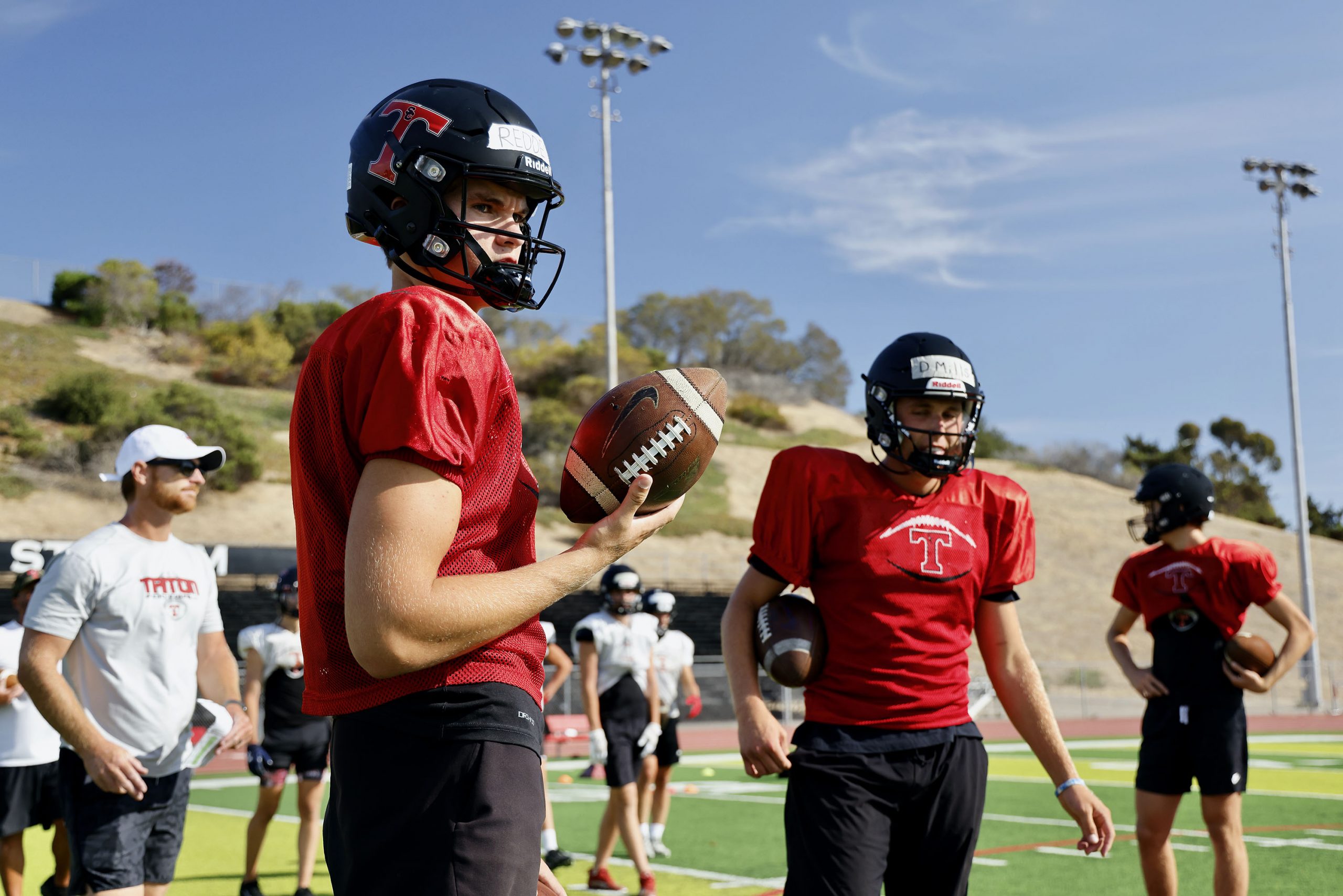 The quarterback competition is back on for the San Clemente football team.

Senior Broderick Redden and junior transfer Dylan Mills each split time but put up nearly equal numbers, as the Triton defense backed up the offensive output in a shutout win for San Clemente, 35-0, at Steele Canyon of Spring Valley on Friday, Sept. 30.

Redden had done quite well with his time as the primary signal-caller. In five games, Redden completed 62.2% of his passes for 751 yards with seven touchdowns and three interceptions. He also had three rushing touchdowns.

On Friday, Redden led the opening drive and finished it with another 1-yard sneak touchdown for the 7-0 lead.

In the second quarter, Mills made his first impact with a 44-yard touchdown to Kotiranta for a 21-0 San Clemente lead going into halftime. Mills later capped the game with a 40-yard touchdown run in the fourth quarter for the 35-0 advantage.

For the game, Redden and Mills finished with mirrored passing stat lines. Redden completed 6 of 11 passes for 90 yards with an interception, and Mills completed 5 of 10 passes for 99 yards and a touchdown. The biggest difference between the two quarterbacks was Mills’ long scoring run, which gave him 77 yards rushing on six carries. Redden carried the ball five times for 17 yards and the sneak touchdown.

San Clemente now gets the bye week to evaluate its quarterback performances heading into the Tritons’ biggest game of the year: a South Coast League-opening showdown with Mission Viejo at home on Oct. 14.

The South Coast League championship has traded hands between San Clemente and Mission Viejo each of the last four seasons, with both teams defending their home turf. The Tritons have won the last two games at Thalassa Stadium in thrilling fashion, while the Diablos have posted blowout wins at Mission Viejo, including last season’s 45-0 shutout.