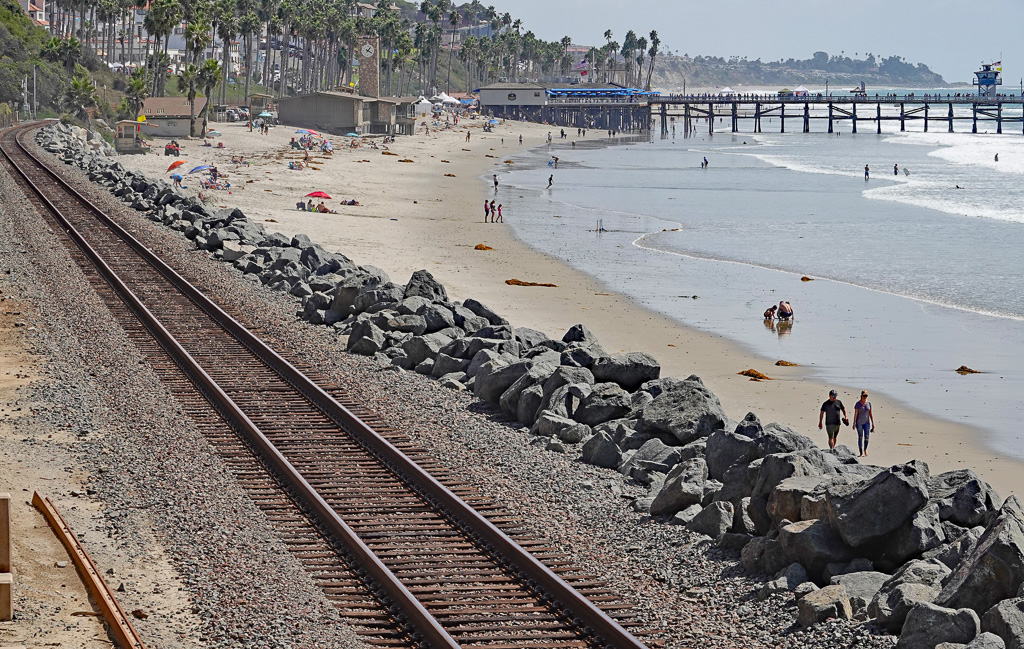 The U.S. Army Corps of Engineers will allocate $505,000 in federal funding for the Planning, Engineering and Design phase of the San Clemente Shoreline Project, which is meant to mitigate beach erosion and protect the Los Angeles-San Diego-San Luis Obispo Rail Corridor.

The project, a press release from Levin’s office stated, will also protect “roads, buildings, and other infrastructure, as well as maintain recreational use of San Clemente’s coastline.”

Levin also announced that the $400,000 in federal funding from the Army Corps of Engineers is being allocated for the design phase of the Encinitas-Solana Beach Coastal Storm Damage Reduction Project.

The funding for that project comes in the wake of a bluff collapse at Encinitas’ Grandview Beach last year.

“While much more federal funding will be needed to secure our bluffs over the long-term, this is a significant step that was long overdue,” Levin said in the release.

According to a 2016 staff report on the Shoreline Project from the city, the design phase of the project was estimated to cost just shy of $1.14 million, with the Army Corps of Engineers responsible for 65% of the cost and city obligated for 35%.

A pair of grants the city applied for to the State Parks Department, which were approved, provided San Clemente with $3.4 million, leaving the city to come up with the remaining $600,000.