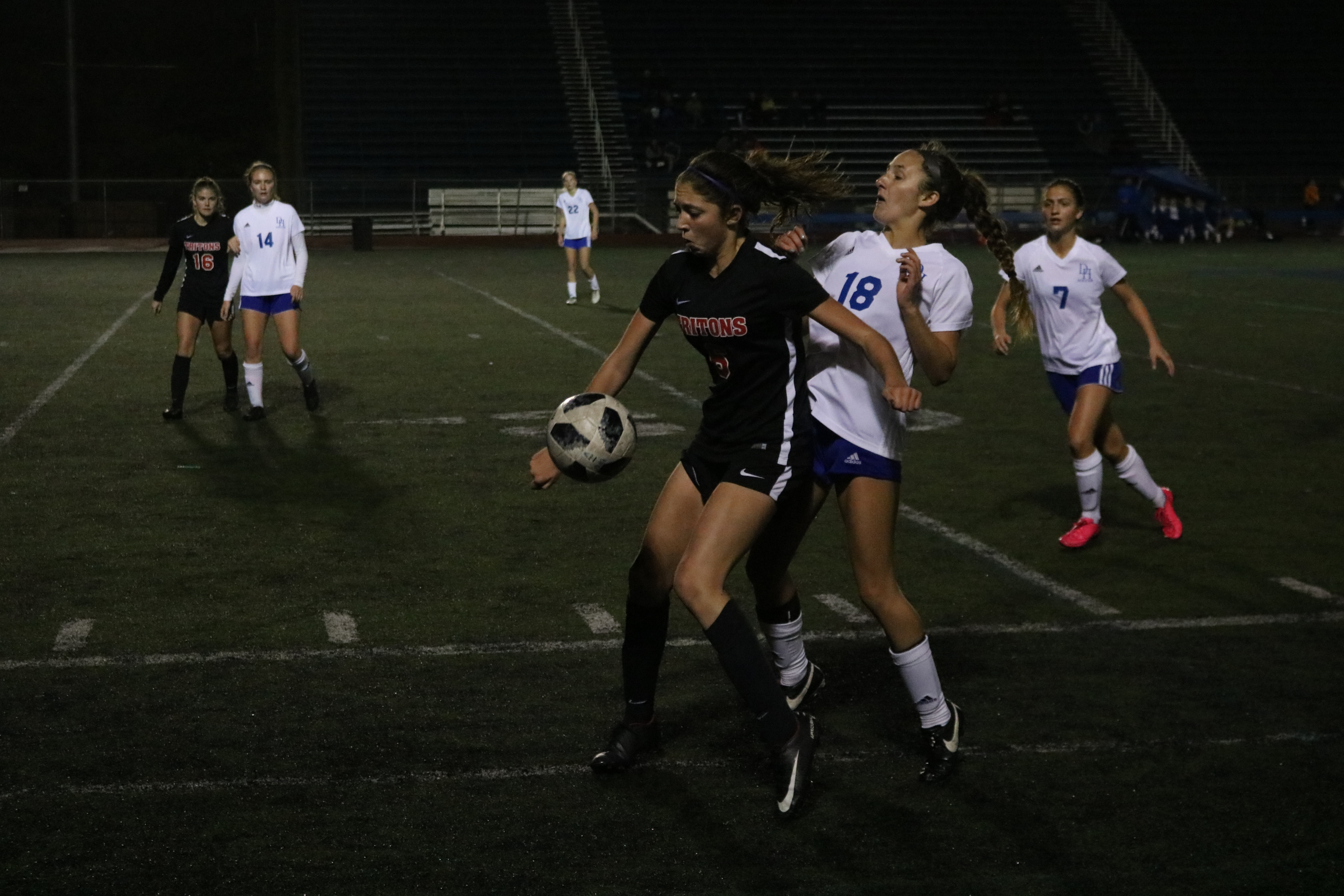 This is the defensive philosophy of the San Clemente girls soccer team.

It’s worked to great success as the Tritons boast an 11-1-4 record as of Jan. 10 and have only allowed six goals all season with 12 shutouts.

“As soon as we lose the ball, everyone tries to win it back right away,” San Clemente coach Lauren Leslie said. “If we don’t win it back in four to five seconds, then we defensively organize. That’s part of our M.O. is to get the ball back right away.”

Defense leads directly to offense for San Clemente. After the swarm, the backline looks up for the forwards, and it’s off to the races.

“We’ve had so many games that they’ve learned to play as a unit,” Leslie said. “The offense knows what the defense is going to do when they have the ball. We’re usually trying to connect out of the back, so they know the runs to make.”

Leading the defense is senior goalkeeper Kelsey Bland. Bland is the latest in a line of San Clemente keepers that have given the Tritons their reputation on defense.

“She’s a leader, she’s a captain,” Leslie said. “She’s stepping up to the plate. After following Lauren Brzykcy (UCLA), I think she learned a lot from her.”

Bland and her defenders like Molly Engel, Gabi Drabkin, London Irwin and Rylee Rask have become a tight and formidable unit.

“We’re pretty close,” Bland said. We’ve been playing together for a few years now. We’re really close on and off the field. We have a connection. Most often than not, we’re a solid wall. I feel really confident back there with my defensive line.

San Clemente was spurred out to its current record from a streak of nine consecutive shutouts in the month of December for a 7-0-2 record over that span.

Bland had a concussion early in the season, so the back-up keepers, Skylar Staab and Sophia Reason, had to and did step up for San Clemente. The Tritons posted a shutout in 10 of their first 11 games.

“It’s very difficult, to begin with,” Bland said of getting shutouts. “I think this year, we’ve had our best record so far. Getting another shutout is great, and the pressure of not letting another goal go in. We just go out with the mindset of no goals against. If it does happen, just shake it off, start over and reset.”

Now into league play, shutouts may be harder to come by with the South Coast League as strong as ever. Dana Hills is having a down season but earned a 1-1 draw against San Clemente in the league opener on Jan. 9.

“I love having a tough league,” Leslie said. “The girls get excited for each game.”

The league slate only gets tougher as the Tritons move on to host defending league champion Aliso Niguel on Tuesday, Jan. 16. Aliso Niguel is No. 5 in the latest CIF-SS Division 1 poll.

San Clemente lost both games against the Wolverines last season.