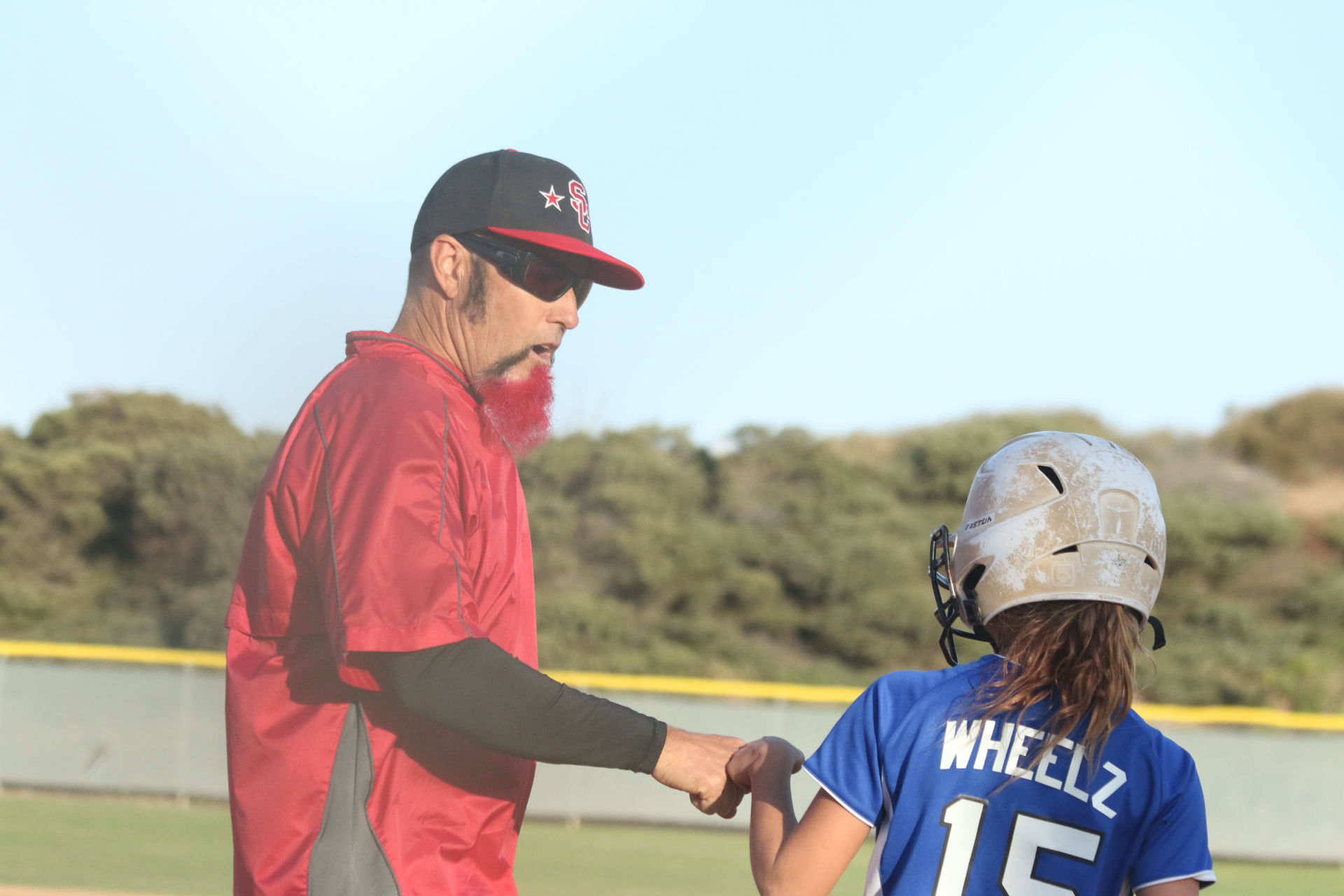 Refusing to Strike Out: San Clemente Girls Softball on the Rise After Embezzlement Scandal Left its Future in Doubt

If you passed by Richard T. Steed Memorial Park on April 29, you’d never guess just how improbable the large gathering of San Clemente Girls Softball players, coaches, volunteers and parents would have seemed just one year ago.

Hundreds of people were there to watch the players compete in the league’s championship tournament. It’s a scene not uncommon to the area, but for SCGS, it served as a reflection of its resilience. In the wake of a still unresolved embezzlement scandal that nearly forced them to disband one year ago, there they were, on the diamond playing softball once again.

Chad Wilcox began to notice things were out of sorts with the SCGS league last June, when his daughter’s team was scheduled to play in a local district All-Stars tournament. Wilcox, the team’s coach, got an email from tournament officials saying the SCGS entry fees were due and they would be barred from competing if they did not pay within the next few days.

Confused, Wilcox called then-league president Jack Cannon, wondering why the fee had not yet been paid. Cannon, as was his custom at the time, exclaimed there must have been a mistake and that the fee had already been paid for. Wilcox demanded Cannon write another check and meet up in the parking lot of a nearby Target to hand it over.

“I could tell Jack was frustrated and not quite himself. He seemed like he was starting to unravel a bit,” Wilcox recalled. “I met him in a parking lot and he gave me the check. He was nice and friendly. That was the last time I ever saw him.”

Spotting crooked behavior can be tricky, especially if you aren’t looking for it. Warning signs pass in the periphery as shadows and when light is finally shone on them, someone, or something, is left in a deep, deep hole.

The check Cannon handed Wilcox bounced. Days went by and there was no sign of Cannon. Ultimately, it was discovered that he skipped town.

In the buildup to Cannon’s disappearance, Wilcox and other league parents had talked openly with one another about how sloppily Cannon had been running the show. Fields were being reserved but not used. Lights were paid for and kept on long after the girls had wrapped up practice and gone home. The misuse of league funds for the facilities was one thing, but the rabbit hole went deeper. It was soon discovered Cannon had put the league in roughly $30,000 of debt to various entities.

In August of 2015, the Orange County Sheriff’s Department opened an embezzlement investigation under the Economic Crimes division regarding Cannon’s involvement with league funds. As of May 4, the investigation was still ongoing, according to OCSD Public Information Officer Mark Stichter.

Cannon had sole access to the league’s finances, according to Wilcox, who now serves as the league’s president. Cannon became an SCGS board member sometime around the start of the 2010 season and remained on the board as members began to quit when their daughters transitioned out of the league. Cannon was the lone board member by the time Wilcox became active in the league in 2012.

Once Wilcox and concerned parents gained access to the league’s bank account files, they noticed a wide variety of unusual charges. Wilcox said Cannon had racked up “a few thousand dollars a month” in hotel charges. There were charges to grocery stores, Costco and Walmart, which are normally places the league goes to for supplies, but the times at which the charges were made did not coincide with the SCGS season. Airline tickets to the East Coast were charged to the league’s credit card, along with gas station purchases.

The league’s relationship with the City of San Clemente was in jeopardy as well. SCGS nearly lost its top-tier status as a nonprofit that gets certain discounts for field use and lights. Cannon had neglected to pay the city for over a year and SCGS owed roughly $20,000.

Wilcox went before the San Clemente City Council on Aug. 18 and presented the league’s case to the city, asking for an extension of the top-tier partnership so the league could afford to get back on its feet. By a 3-2 vote, the extension was granted. If the vote had not gone the league’s way, they would have been forced to fold up and start over as a new entity or join forces with another city’s softball league.

Wilcox and current SCGS vice president Chaz Ramsden spoke glowingly of Cannon’s character before the discovery. Cannon, whom Wilcox described as a typical southern gentleman, was generally adored by players and families. He would be the first to show up, chalk the field, and the last one to leave. He was known for sticking around practices to help out, despite his daughters having left the league years ago.

“He was the nicest guy. Everyone loved Jack, even the other leagues,” Ramsden said. “He put in tons of volunteer time and if you needed something, ‘Boom’, there was Jack. It’s not the guy we knew, but the bottom line is he stole from little girls.”

The league faces an uphill battle. But in the midst of all the chaos, SCGS has come back stronger than ever.

Registration for the league’s spring season was up 45 percent and registration for the fall season rose 30 percent. The city mandated that all top-tier partnership nonprofits have at least 300 members, which forced the new SCGS leadership to actively seek out new players and families. Discounts were extended to families on Camp Pendleton, local businesses chipped in donations to help the movement gain steam, and scholarships were doled out to families that needed assistance. It was yet another obstacle for the league to overcome, but the players showed up in droves.

The debt to all the equipment and food vendors has been paid off, according to Wilcox. The league and city are working on a payment plan and Wilcox said the league has paid off around $5,000 of its outstanding debt to the city.

A new leadership has been installed, and now SCGS is governed by an 11-member board of directors to ensure the nightmare scenario does not repeat itself.

But what is more important to Wilcox is that the girls are still playing on the diamond and that the league did not back down from a tough situation. At a time when the league faced extinction, the SCGS parents and volunteers could have taken a different way out and started fresh. Instead, they chose a path that Wilcox feels was worth the effort.

“We didn’t want to have that history of the league tarnished by the fact we ran away from debt. We wanted people to know we had integrity and that paid off,” Wilcox said. “To see how far we’ve come is unbelievable. The league is functioning in an efficient way, the vibe is good and now people want to come here. We’ve entered a new phase. … We’ve gotten our integrity back.”