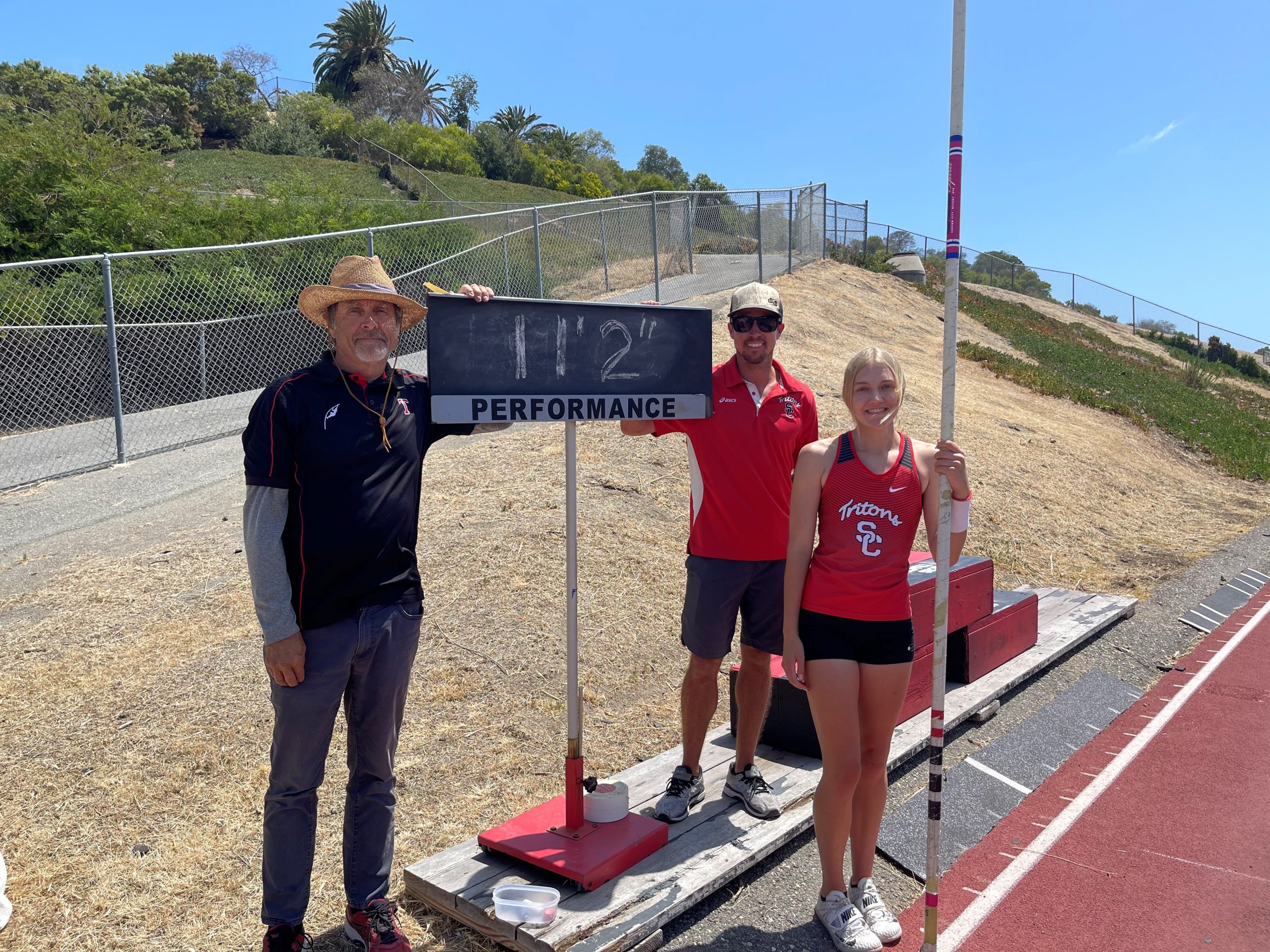 San Clemente girls track and field dominated the podium and pulled away from the field to take the Sea View League championship at league finals on Friday, May 21, at San Juan Hills High School.

In the hurdles, San Clemente earned the top spots at 100 meters and 300 meters, but flip-flopped the names. In the 100-meter hurdles, sophomore Danielle Becker took the league title at 17.77 seconds, and freshman Chloe Waters finished second at 18.48 seconds. In the 300-meter hurdles, Waters won the title at 51.87 seconds, and Becker was third at 54.46 seconds. Both times for Waters were personal records.

Senior Sierra Adams broke the school record in the pole vault for the second time this season to earn the league title with a clearance of 11 feet, 2 inches.

In the high jump, junior Portia Kipper won the league title over senior teammate Natalie Visser in a tight contest. Both cleared the bar at 5 feet even, but Kipper did so in fewer attempts.

On the boys side, San Clemente finished second in the team standings, and the Tritons earned one individual league title.

Winners and qualifiers move on to the CIF-SS Preliminaries on June 5 and CIF-SS Finals on June 12. San Clemente will compete in Division 1 at Trabuco Hills High School.