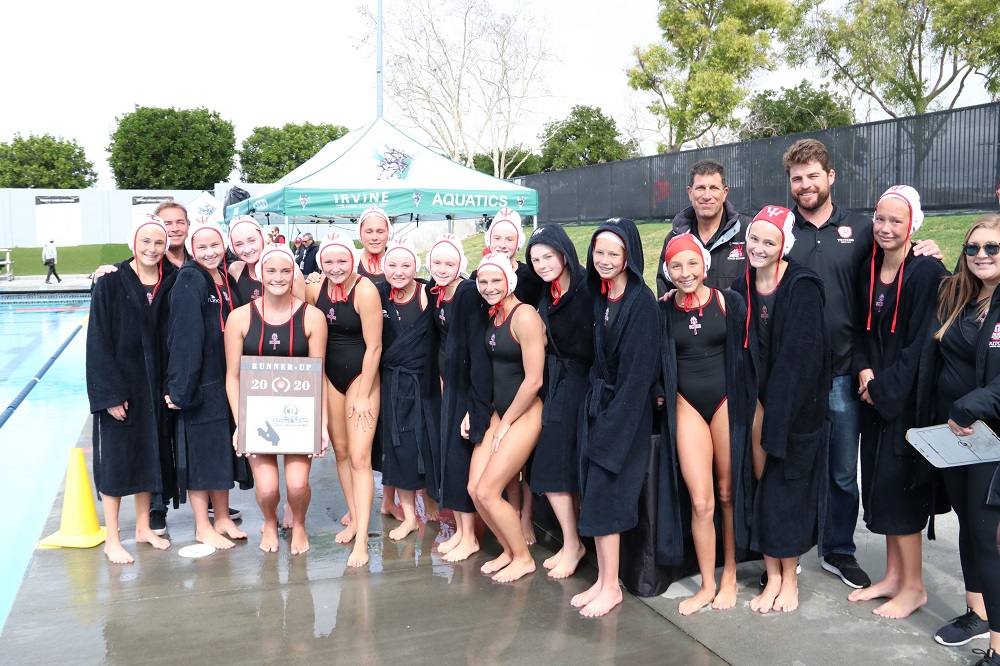 IRVINE – The script for Saturday’s CIF-SS Division 2 girls water polo championship has become all too familiar for the San Clemente water polo program.

Just four months ago, the Triton boys water polo team was edged by one-goal in a raucous, back-and-forth affair in the Division 2 championship game to take runner-up silver.

And 361 days ago, the San Clemente girls water polo team was downed in the Division 2 championship game to take runner-up silver.

Despite an incredible nine-goal performance by junior Alex Higginson, shades of both previous Triton water polo performances showed up as San Clemente was edged by one goal in a spirited, back-and-forth contest as Harvard-Westlake won the Division 2 crown, 13-12, and the Tritons took runner-up silver on a dark and cloudy afternoon at the William Woollett Jr. Aquatics Center in Irvine.

San Clemente (18-14) earned the No. 3 seed in Division 2 after a rollercoaster season. The Tritons opened the season 3-6 but won 10 of their final 12 games going into the title match, including a clean sweep of the South Coast League for their fourth straight league title.

“We battled back,” Powell said. “We didn’t have a great regular season, but the girls pushed back in the postseason. I’m really proud of them.”

Harvard-Westlake (18-14) won their third of three games against San Clemente this season to win their third CIF-SS championship and first since 2012.

San Clemente was playing in its fourth CIF-SS title game, but the Tritons have only taken home the gold plaque home once in 2011.

On Saturday, Harvard-Westlake set the pace with aggressive drives to the front of the net, but the Wolverines never got more than two goals ahead of San Clemente.

The Tritons eliminated four two-goal deficits in the game, including forcing a final tie, 12-12, on Higginson’s ninth goal with 1:32 to play.

“Effort was definitely not a question,” Powell said. “They worked really hard. Just didn’t get this one.”

Higginson scored San Clemente’s final seven goals of the game and put in four penalty-shots among her nine tallies.

“Alex kept us in the game, for sure,” Powell said. “She shoots the ball really well. We needed someone to step up, and she answered the call.”

Senior Alana Sayer made several strong plays in net in the first half.