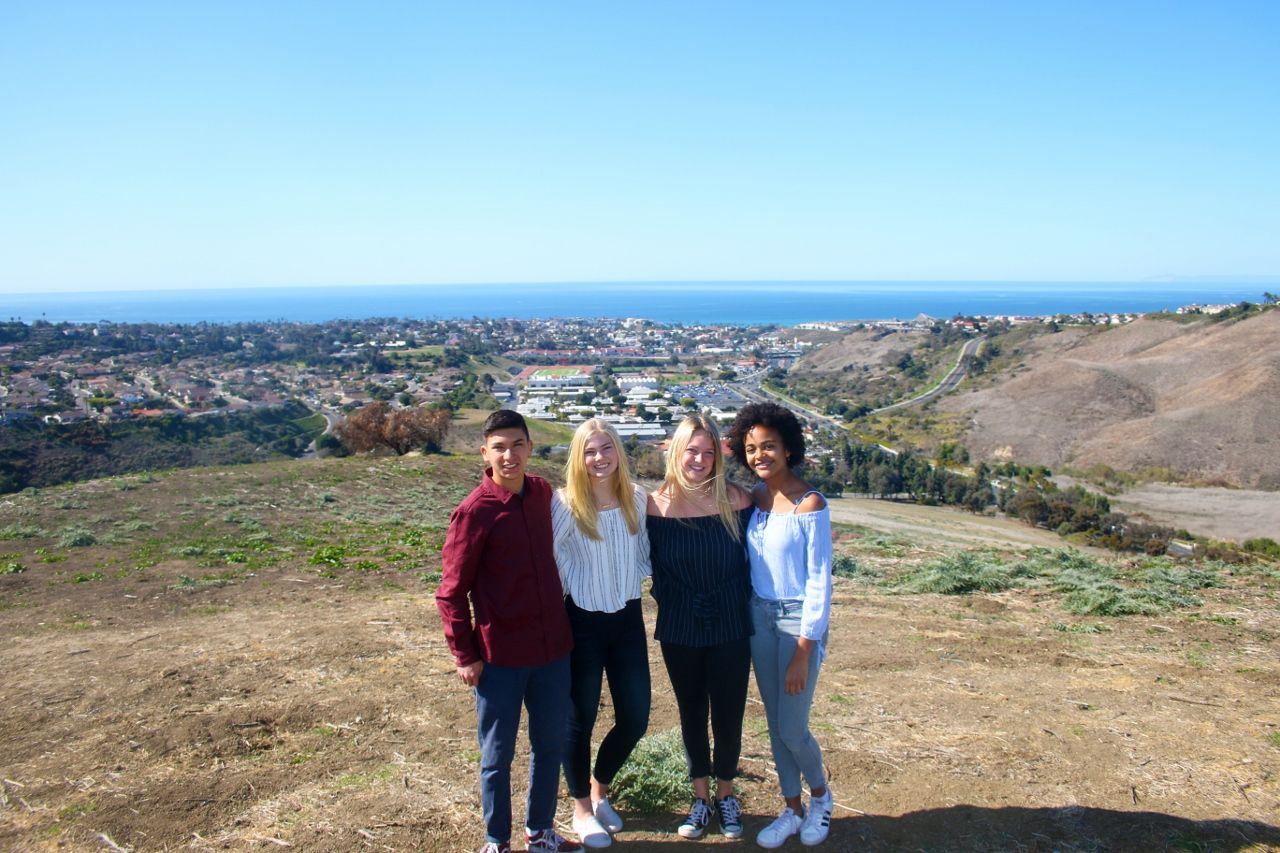 A short hike up Nob Hill shows the perils of wildland fires.

Seven acres of the hill were scorched in December and smoke was visible from the crossroad section for miles. Small foliage has sprouted up in the charred earth since the fire, but there are still discarded cigarette butts and other fresh debris that indicates a similar fire could happen again.

Even before the Nob Hill fire, San Clemente High School’s Future Problem Solvers club devised plans to increase awareness of fire danger throughout the city. Most of the plans include increasing fire danger signs around San Clemente’s trails. On the Nob Hill trail alone, club members said there are about an average of 20 people a day who hike the trail.

“Our main focus is with fire prevention, and we would like to at least have a trial period where police come up every Saturday for a month because a lot of motorcyclists come up on this hill,” said Sophia Mains, Future Problem Solvers club co-president, referring to a track that runs just below one of the city’s trails.

The club was started by Mains and Chloe Kamp (who were featured in the Feb. 9, 2017 edition of the San Clemente Times). The two sophomore high school students have been part of Future Problem Solvers since middle and elementary school, which encourages students to innovate solutions to real-world problems in their local communities. At the end of the school year, there is a national convention where the top projects are featured.

Trails around San Clemente frequently have dry foliage, especially in the hotter months, that is susceptible to wildland fires. Photo: Eric Heinz

A hummingbird feeds at the top of a tree along the Nob Hill trail on Feb. 24, another participating piece of evidence to the wildlife abundance around San Clemente. Photo: Eric Heinz

At the Feb. 20 City Council meeting, Future Problem Solvers members presented proposals to the leaders of San Clemente for more signage on the trails to deter people from smoking in the area as well as prohibit motor vehicles in undesignated areas. Motor vehicles of all kinds have been known to cause some wildland fires after being left over tall, dry grass.

San Clemente City Council recently enacted an ordinance that provides police officers the latitude to remove people who are camping in the open space and canyons of San Clemente during “red flag warnings” from the National Weather Service or during particularly dry periods. The law applies to both private and public spaces.

“Hopefully people are paying attention a little bit more because we can see what can happen,” said club member Esther Mafouta.

Kamp said there hasn’t been much feedback yet, although Rancho San Clemente residents have been appreciative of their efforts since the Nob Hill fire.

Mains said the club has not spoken to Orange County Fire Authority officials but they hope to in the near future. The club members have looked over reports from the fire authority to track the city’s typical “fire zones.”

Kamp said the club has met with the city’s Beaches, Parks and Recreation Department, the city manager and the mayor. The project is currently under consideration by city staff before a committee takes it up.

Future Problem Solvers is mostly comprised of sophomore high school students and has just more than a dozen members.