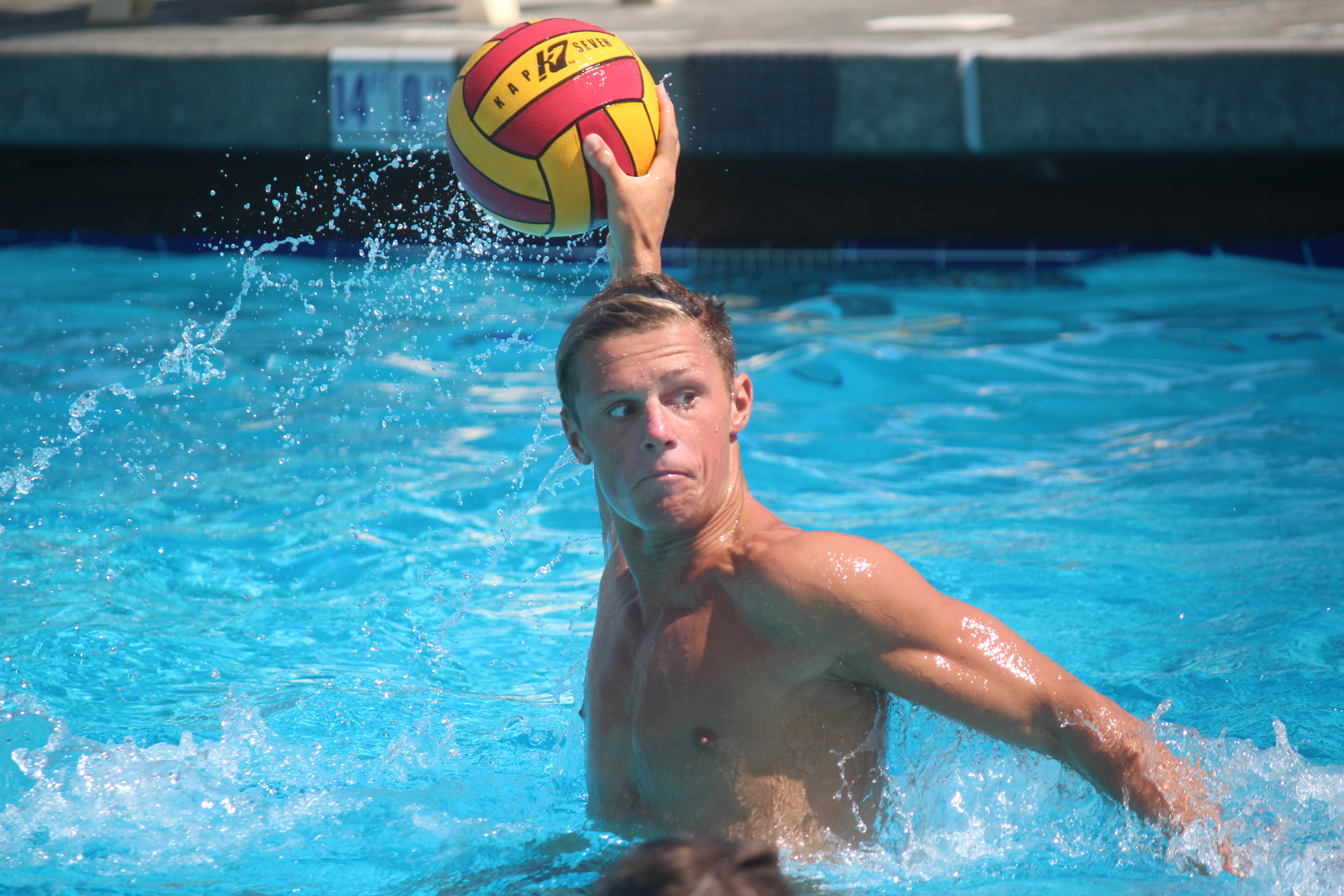 Tritons take to the pool, court and field

The 2015 fall prep sports season is about to be in full swing. In the first part of our annual fall sports preview, we will highlight the Triton boys and girls cross country teams and boys water polo team. Check back next week for the second installment of our previews, where we will highlight the girls tennis, girls golf and girls volleyball teams.

This version of the San Clemente boys water polo team may be the fastest group head coach Marc Parker has ever had. With record-breaking center Chase Hamming gone to graduation, this year’s Tritons squad will rely on that newfound speed and versatility to get the job done in the competitive South Coast League.

Juniors Sean Edwards and Josh Mourer return as the most experienced players on this young team, which features four freshman. Edwards will primarily play attack and Mourer has taken on the center defender role. Brevin Hosea rounds out the trio of returning players from last year’s group.

Hamming scored a record-setting amount of goals last season for San Clemente and, as a result of his departure, Parker has been preaching a new philosophy.

“I think this team is maybe in a little better shape than last year. We have a little more speed … Everyone is going to be involved, with all six guys going at once,” Parker said.

The young Tritons team will have to get past El Toro and Dana Hills in league play. An early nonleague game against Carlsbad will be a good indicator of where the Tritons stand.

Normally, San Clemente boys cross country head coach Dan Johnson is used to seeing a group of seven to nine seniors stick it out for all four years and make varsity. This year, Johnson has 25 seniors returning to a team that placed second in league and advanced several runners to CIF competition in 2014.

Leading the large group of seniors will be Connor Dunne, a standout from last year who had a very busy offseason on the track and field circuit. Dunne has made a smooth transition back into the cross country world and picked up an eighth-place finish in the boy’s seeded race at the Cool Breeze Invitational at Prado Hills Golf Course in Chino Hills on Sept. 5.

Joining Dunne at the top of the Tritons rotation will be junior Carlos De Jesus, who placed 18th overall in Chino Hills, Jeremy Brady and Sean Riley.

The Sea View League will once again be a deep and talented league that features Tesoro, El Toro and Mission Viejo. El Toro entered the season ranked No. 17 in the DyeStatCal California preseason rankings.

Last Season: Placed fifth in league and advanced to the CIF-SS Championships

The San Clemente girls cross country team enters the season without Kelsey and Katie Carroll—two of their strongest runners from last year. The Carroll sisters were a crucial part of the Tritons season-long push for a ninth-consecutive appearance in the CIF-SS Championships, which they accomplished by earning a wild card berth.

With the Carroll sisters gone, this year’s Tritons group will rely on a rising group of runners and several standouts from last year’s campaign.

Seniors Amber Eisele and Makenna Brownell are poised to be fixtures in the Tritons regular rotation.

Proodian said he looks forward to the start of every cross country season, when runners come out of the woodwork and surprise him and his coaching staff. Sophomore Nicole Anderson was one of those surprising runners one year ago. Anderson came on as a freshman, posted strong times and was one of the Tritons top seven runners who competed in the CIF-SS Finals at the end of the season.

The Tritons first foray into heavy competition will be Sept. 12 at the Laguna Hills Invitational.

“It will be interesting to see what happens at Laguna Hills. I always look forward to this time of year because you always know who’s going to shine and you also get some other people that come in,” Proodian said. “I’ll be surprised and so will the rest of the girls.”