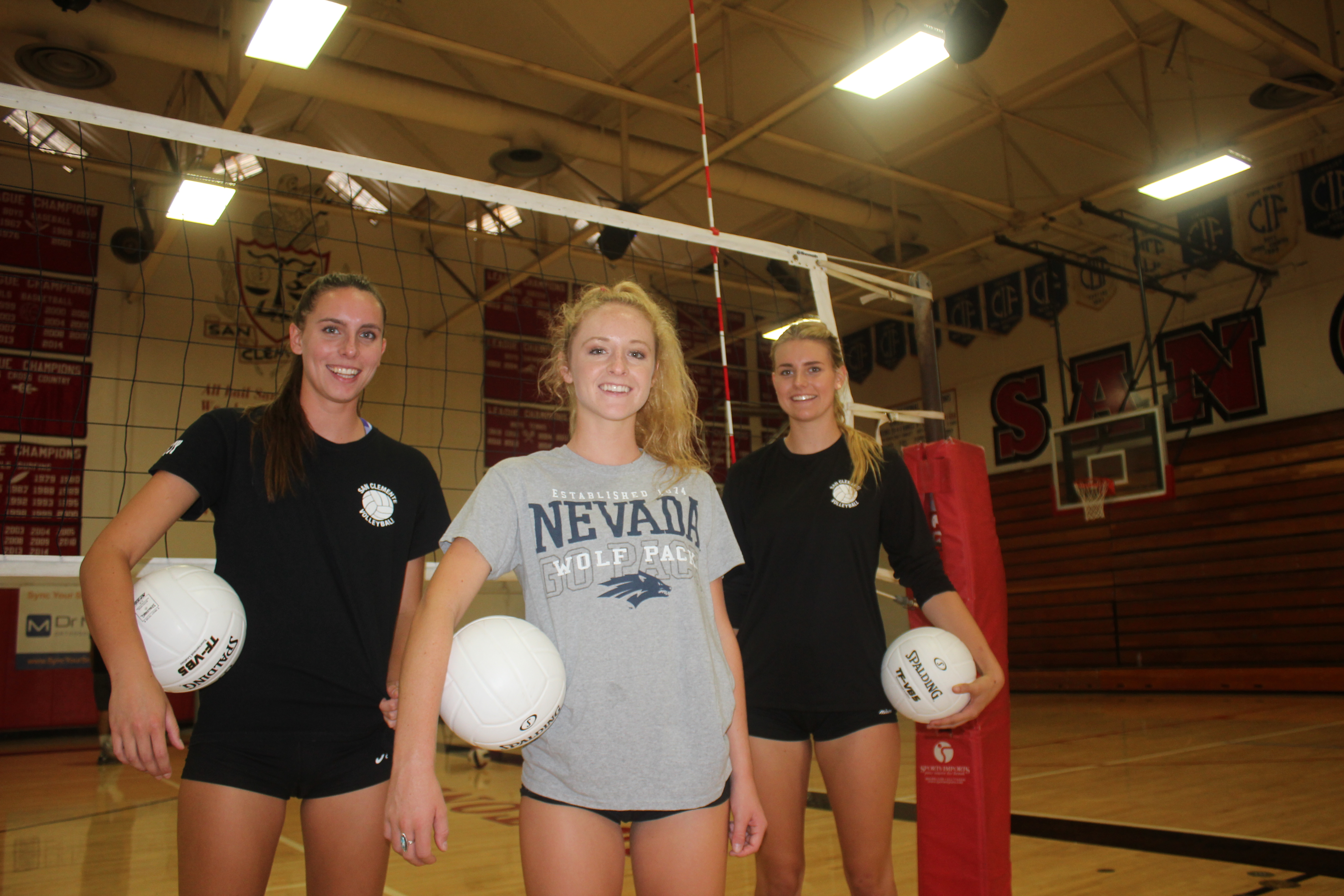 In the second installment of our San Clemente High School fall sports preview, we highlight the Tritons girls tennis, girls golf and girls volleyball teams. To read part one of our preview, click here.

Last Season: 19-10 overall; Won the South Coast League and advanced to second round of the CIF-SS Division 1AA Championships.

The San Clemente girls volleyball team got off to a hot start this season at the 2015 Foothill Queen’s Court tournament, besting some of the top teams in the county en route to a fifth-place finish.

It was a good start for an experienced Triton team, which enters its second full year under head coach Tom Beard.

The Tritons return four all-league starters in 2015, including last year’s top offensive threat, Cali Hoye. Hoye, a senior, led the Tritons with 390 kills as a junior and will benefit from senior setter Marie Paris’ accurate passes for another season. Beard believes that Paris’ ball control abilities, coupled with those of returning senior libero Camille Davey, will make the Tritons a solid passing team.

The Tritons are tinkering with several position changes, the most notable being senior Cassie Stewart’s shift from middle blocker to outside hitter. Junior Anna Ward is moving from opposite to middle blocker and will be joined by junior Claire Daniels and senior Molly Morris.

Even with several players adjusting to new positions, Beard has seen the change pay off in the early going.

“That process, I think, bodes well for us. If you have two people who are playing new positions, they’re just going to get better,” Beard said.

San Clemente girls golf coach Mike Hurlbut liked what he saw out of his team in their first two matches of the season against Trabuco Hills. The Tritons traveled to the Mustangs’ home track at Dove Canyon on Sept. 1 and fired off a 192-200 win. Two days later the Mustangs, a team that advanced to postseason team competition in 2014, came to the Tritons home course at Talega Golf Club and San Clemente earned a 195-200 win.

Hurlbut believes the collective team scores in the 190-range is a sign of things to come for the Tritons, who return seven players from last year’s team.

Hurlbut says that Seeburger, a long hitter who can overpower courses, has a scoring average hovering around 1-over par. French, who uses a repeatable, reliable golf swing and Wiedeman, a grinder who can score from anywhere, currently hold scoring averages of 39 and 40, respectively.

Seeburger and Wiedeman are joined by fellow seniors Olga Mihalik and Sarah Duncan, making the Tritons one of the more experienced teams in league.

Last Season: Tied for first-place in the South Coast League and advanced to the second round of the CIF-SS Division 1 Championships

Teams will no doubt be gunning to take down the Tritons, the reigning South Coast League champions, this season. With a group of 13 returning players from last year’s team, the Tritons are poised to make another deep playoff push.

San Clemente’s singles rotation is in good hands, as sophomores Lindsay Hung and Sami Neilson and senior Natalie Nasongkhla return. All three were the team’s top singles players last season and Stephens said Nasongkhla will split time on one of the doubles teams depending on matchups.

The Tritons are focused on figuring out their doubles rotations, but one mainstay will be four-year starter Taylor Bonghi.

The Tritons have already secured a big win this season when they took down No. 7-ranked Santa Margarita on Sept. 11. But just three days later, the Tritons fell to Newport Harbor on the road. Stephens hopes that the setback loss to the Sailors will only be temporary.

“I’m hoping (the loss to Newport Harbor) was a wake-up call,” Stephens said. “I think we have a bullseye on the back a little bit because we’re ranked fairly high so it gives a little more incentive (to your opponents) but you have to be able to step up to that.”