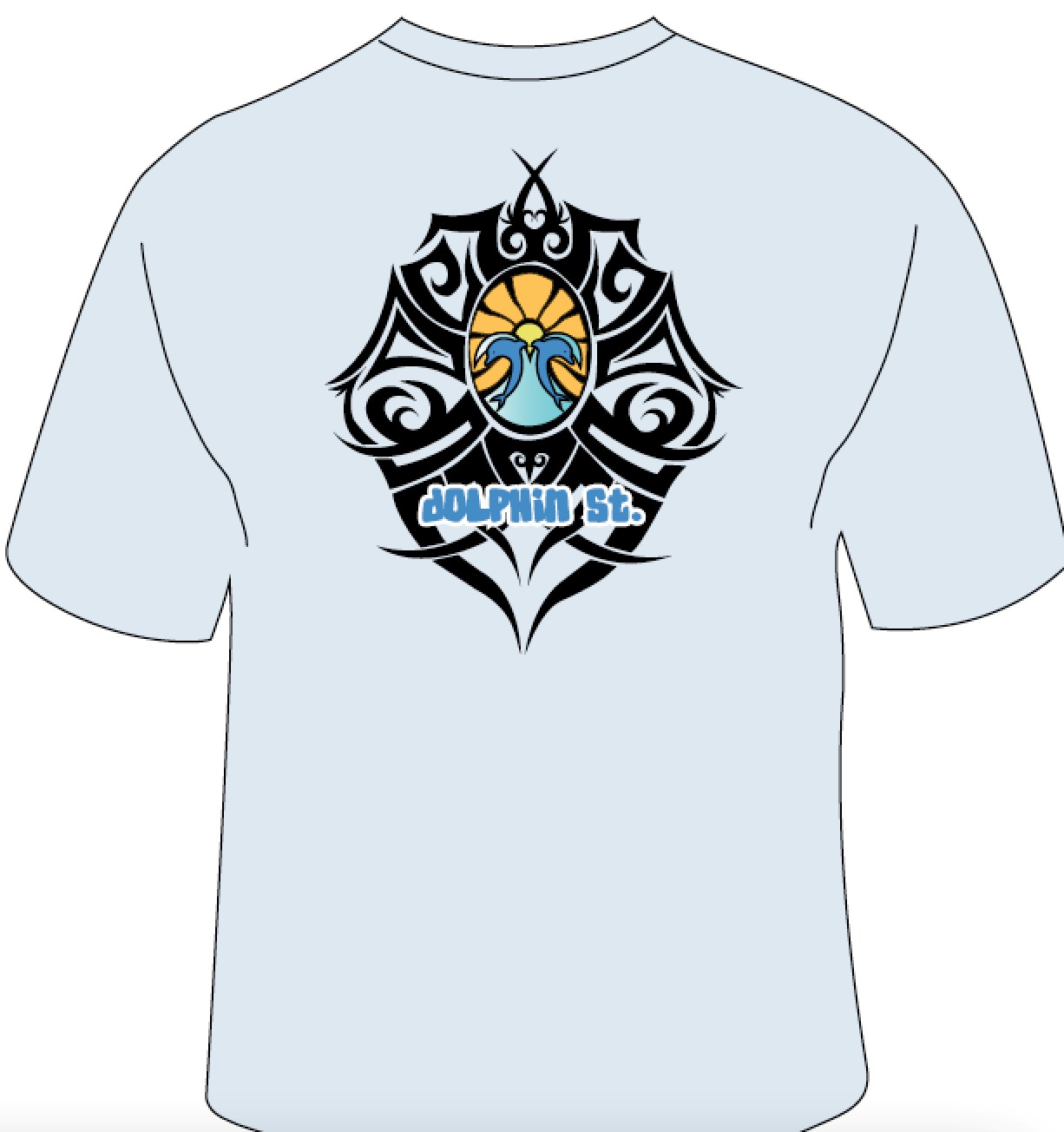 Through a tragic yet lasting family connection, a pair of San Clemente High School students hope to raise awareness of youth suicide and prevention efforts at their school and beyond.

Owen Durney and Nick Favero have brought Dolphin Street, an organization that began in New Jersey about six years ago as a collective of touched families, to San Clemente High with the intent of bringing speakers to come to schools with organizational chapters.

The two high school students are looking to raise funds by selling shirts with a graphic designed around an illustration done by Dolphin Street’s inspiration.

“We want somewhere where we can have support for stuff like this, because there’s honestly not that much support at our school,” Favero said of having suicide prevention resources in reach. “We just want to create a community where you can feel free to talk to people about how you feel and feel supported within the community and within our club.”

Dolphin Street takes its name from a street in Australia where Durney’s father, Matt Durney, lived with a close friend, Duke Barisonek, in the 1990s.

The elder Durney began the organization with other New Jersey families after Barisonek, an artist and avid extreme sports enthusiast on land and in the water, committed suicide in 1996 as a senior in college.

Once the Durney family moved to Southern California around 2019, the collective grew to have Google Meet events and developed a desire to bring awareness to more people. The current fall semester is the first instance of Dolphin Street as a high school club, according to Owen.

“We actually have a couple of other kids from different schools joining in on this,” he said. “Basically, what we want to do is have a club and then have it be carried on by other students, because this is my final year at the high school. I have a couple of underclassman friends who will hopefully take over the project and keep it going for years to come.”

Matt expressed that the teenagers are actively working to get more children involved from various schools around the San Clemente area, New Jersey, and Georgia, from where Favero moved.

Another goal is to coordinate a fundraising walk for suicide prevention in the spring that would happen around the country, but be hosted by a different local school each year.

To establish how Dolphin Street would print its shirts, the parents guided their children through comparing screen printers and determining how much it would cost to print 250, 500, or as many as 2,000 units.

The organization has already started taking orders and anticipates that it will continue to field orders until around mid-November, with the intention of shipping out their products in early December.

Each shirt costs $31 and comes in various colors, and donations can also be made through Venmo.

“What the project is really about is giving high schoolers and younger (children) a chance to be a part of something really cool,” Owen said in an email. “Hopefully setting up clubs at schools will give at least one kid a path for help.”

More information can be found at dolphinst.org.