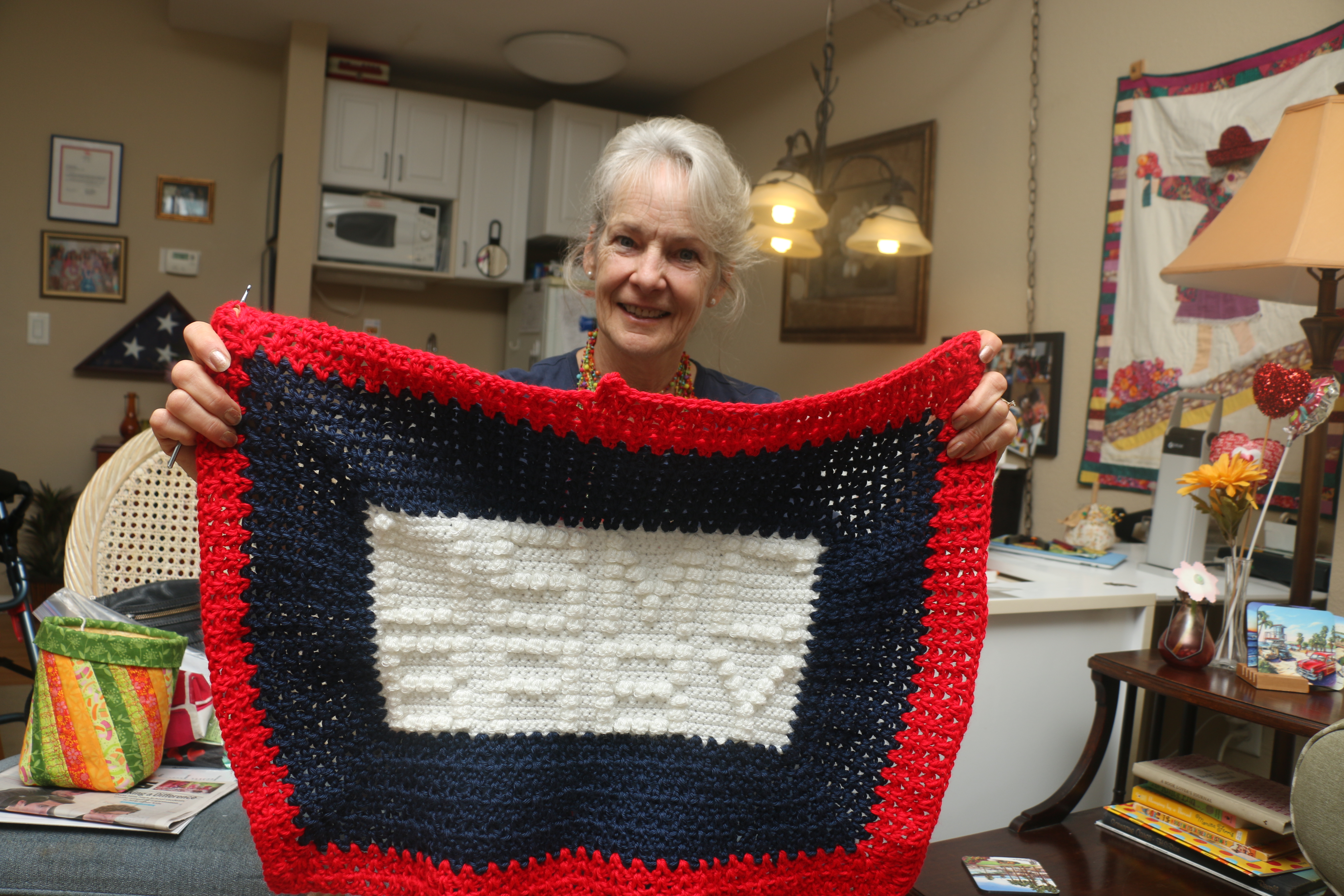 There’s a high possibility that a family based at Camp Pendleton has received a blanket for their baby from a group of women in San Clemente.

The women call themselves the San Clemente Knit Wits, known for their knitting skills and being witty, and their goal is to create blankets, hats, booties and more for Marine families who are expecting a child.

The Knit Wits met almost 20 years ago at Ole Hansen Beach Club during pool aerobics class. One of the class members had been involved with taking items to young couples at the base and mentioned Baby Boot Camp.

Annette Leinen, a member of the San Clemente Knit Wits, shows her USMC baby blanket she made for infants at Camp Pendleton. Photo: Eric Heinz

It all evolved from there, as the Knit Wits went from making the items once a year and only bringing about 20 or so items to visiting four times a year with close to 100 items each time.

Twice a month, a small group of 13 gather together in a member’s home. On Tuesday, they met at the San Clemente Villas and had already packed more than 30 sets to take to the base.

Each member of the group brings a different sense of creativity and specialty. Maureen Wagner, of Capistrano Beach resident, makes hats, and Sam Somerville of San Clemente uses a loom for their items.

“I just started one day and now I can’t stop,” Somerville joked.

She said she can average 10 looms in a week.

Carol Hagdedorn, a Dana Point resident, said everything is washable, which she knows is important being a mother herself.