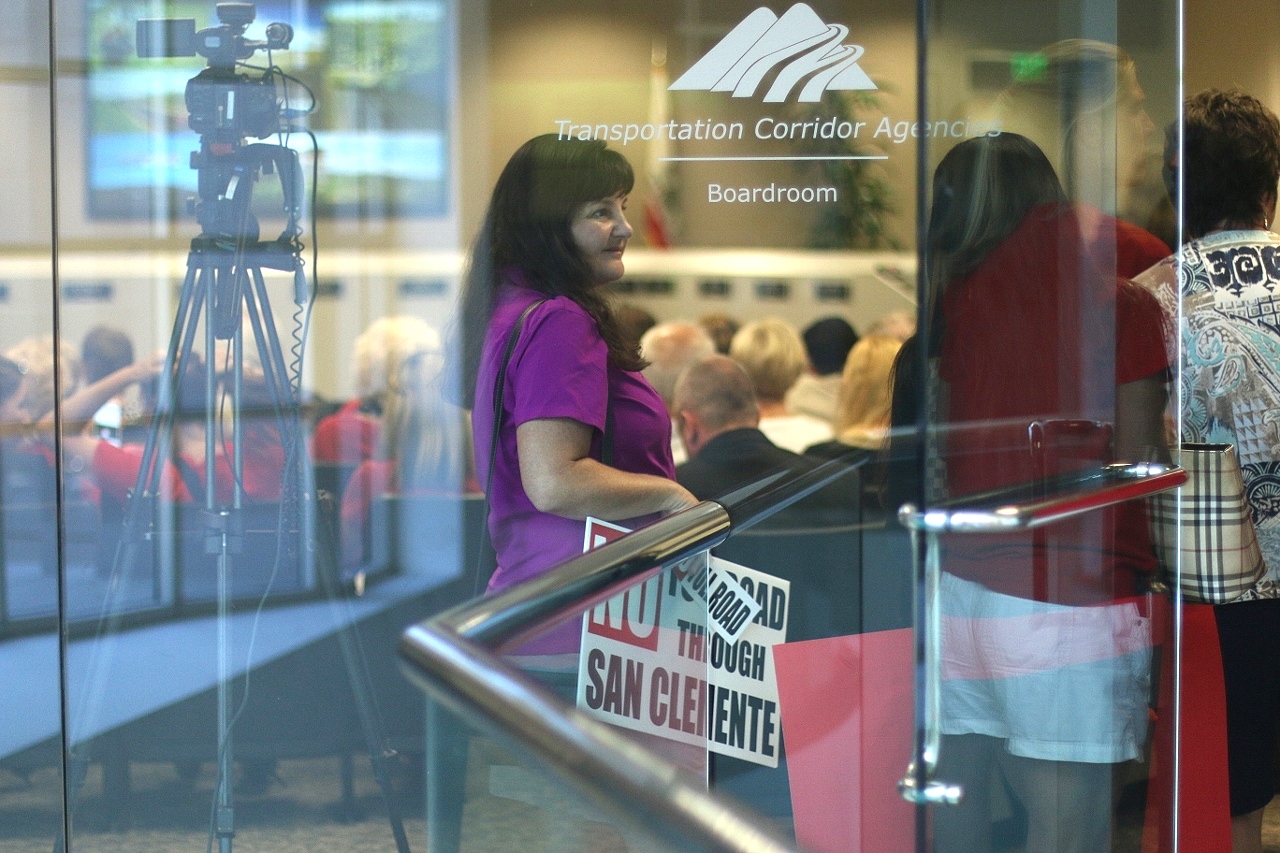 At the Jan. 16 City Council meeting, City Attorney Scott Smith said the Council may opt to vacate San Clemente as a member of the Transportation Corridor Agencies (TCA), the joint powers authority that administers The Toll Roads.

As the TCA has proposed putting at least four toll road options, some of which would be constructed through the middle of the city, where existing neighborhoods could be affected by such construction, city officials said they and many people in San Clemente were ignored and their concerns haven’t been taken seriously.

“We don’t think that they’re listening to us,” Smith said following the City Council meeting, adding that he and his staff don’t think the TCA would be allowed to construct a toll road outside its boundaries. “If San Clemente can influence that decision, then it would withdraw from the TCA.”

Mayor Tim Brown said he wants to discuss the possible ramifications of remaining or withdrawing from the TCA.

“It’s unexplored territory for us, but we feel as if we have been, particularly in the settlement discussions, we were completely dismissed or bypassed in that process, and it’s a real sign to us where our priority and place is in TCA,” Mayor Tim Brown said. “It’s unfortunate we’re walking down this path, but we’re going to explore that path and see if there’s something that could remedy this.”

The decision to withdraw from the TCA would have be put to a vote among the City Council, the date of which would be distributed through public notice.

“Withdrawal requires a 120-day notice, so the first thing (the Council) wanted us to do was to see if TCA would agree to shorten that notice,” Smith said.
If the TCA rejects the waiver of the notice, Smith said a special meeting could take place to formally give notice.

“Before the end of this month, we could get this Council together,” Smith said.