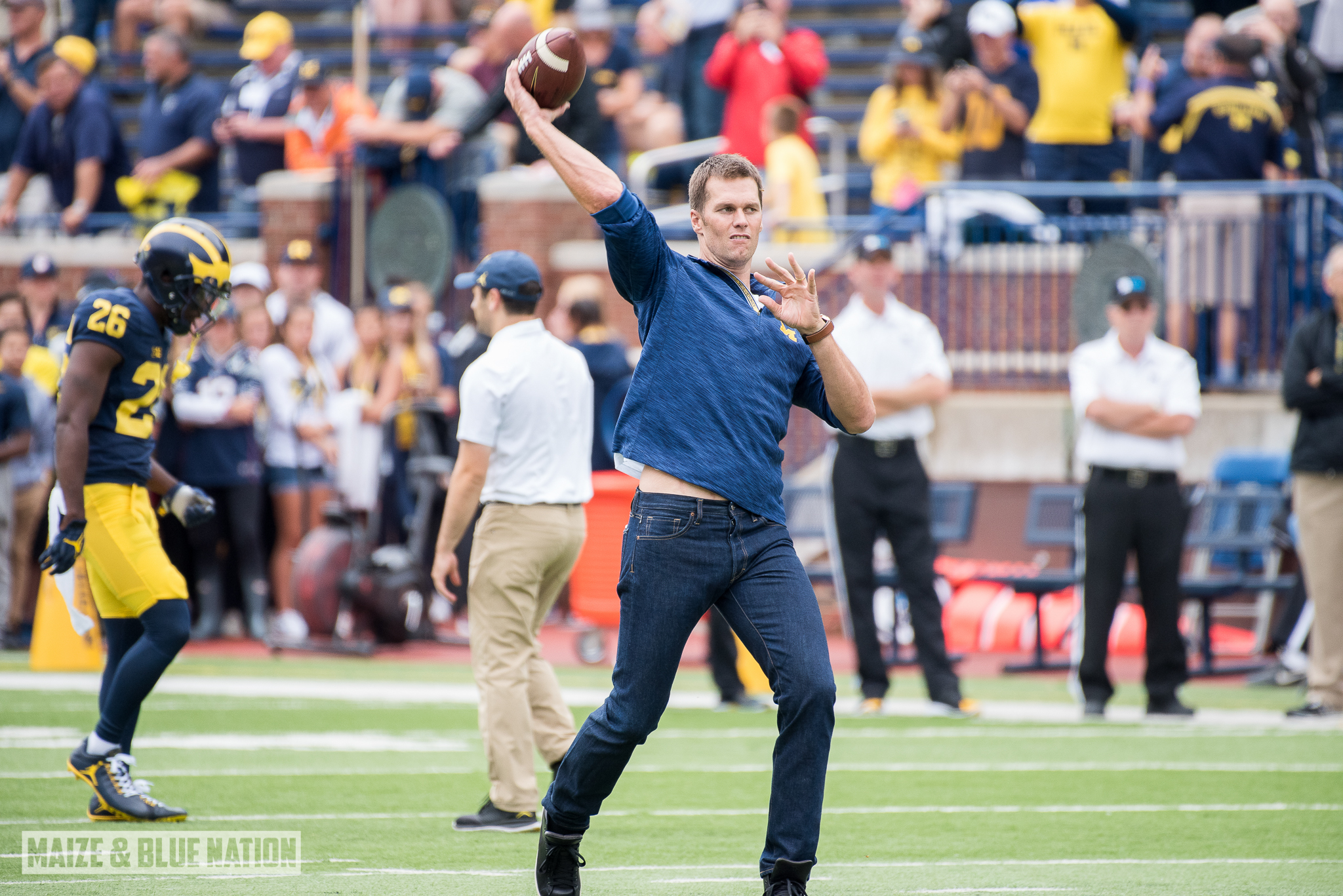 That’s the amount for which a limited-edition card of Tom Brady during his rookie NFL season sold during an online auction that ended at 10 p.m. on Dec. 11.

On the surface, that is already a tremendous sum of money, but the sale represents much more to a man who forgot he owned the card in the first place, and to a girl on her way to beginning the rest of her life.

Jim Brown is a San Clemente resident that has worked as a private fire investigator since 1982. As originally reported by the Tennessean last month, brown decided to stop into a nearby sports card shop after work one day in 1992 and buy boxes to give to children at the Orangewood Children’s Home in Orange.

It was there that he met Mike Mittrick, the owner of 52 Mantle in Brea, with whom he would grow a working and close relationship over the next eight years. Every time he stopped into Mittrick’s shop, the two would talk about the card donation process and a host of other topics.

An important part of the process included saving the better cards, to avoid making children feel hurt if they received a lesser card.

“I thought, ‘Well, it’s just going to defeat everything I’m trying to do,’ ” Brown said. “We went about just kind of pulling these so-called shiny cards out, the ones that might create a problem.”

However, once Brown moved down to San Clemente near the turn of the 21st century, he would never see Mittrick again.

Brown mostly forgot about Mittrick over the next 21 years, as his personal and professional life grew busy. Once in a while, on the off occasion when he would go through the boxes in his residence that had accumulated with leftover memorabilia, he was reminded of his old friend.

“Every time I looked at the boxes, though, I remembered Mike,” he said. “He was blond, he had a baby face when I knew him, he was just a young kid. That’s why, when I found out later that he was in the Army and he drove a tank in Desert Storm, I was completely floored, because I had no idea.”

In September of this year, after hearing that several autographed Tom Brady cards had sold for millions of dollars each, Brown remembered that he possessed a special one of his own, and wanted to share this opportunity with the person he knew would understand the gravity of the situation.

He started the search for the card shop owner with a barely remembered first name, “Mike” and the words “sports card Brea.” Eventually, he stumbled onto Mittrick’s obituary. The Army veteran had taken his life in 2004, leaving behind a widow and a young daughter.

Still wanting to pursue the story, Brown connected with Mittrick’s brother-in-law, who led him to Mike’s wife, Stacy, and their now-18-year-old daughter, a senior in high school in Brea.

He emailed back-and-forth with Stacy, telling her about the upcoming auction and how he wanted them all to meet in person once everything was settled, to present a check to the daughter.

Brown then worked with a friend of his to sell off the 2000 Leaf Certified Mirror Gold #207 Tom Brady Rookie card on Lelands Sports Auctions, and while he had never before been involved in that process, his nerves were mostly settled.

“I just wanted the card to bring a value high enough that I could really affect a change in Mike’s daughter’s life,” Brown said. “I wanted the story to end in kind of a magical way where her father’s memory could come back and help his daughter at the time she goes off into life and all of that.”

He will donate $7,500 from the sale to Mike’s daughter, and he is excited to send over more as he sells his other memorabilia.

“It’s the fact that I can somehow affect this girl’s life, given a situation that I was completely unaware of,” he said. “I have many stories I can tell her about her father, and I really want to be there for her to do exactly what her father would have done. He was a great guy.”

Brown was happy that he had the chance to work with Mittrick’s family and continue the story, even after he learned of the veteran’s death.

“That turned out to be amazing, because, of course, the daughter’s 18, she’s starting her life; this would go a long way to helping her with college and all that,” he said. “It just seemed natural, like the stars were aligning at this particular moment to make all of this unfold.”

With a roster of baseballs signed by Mickey Mantle and Hank Aaron, cards of Magic Johnson and Ken Griffey Jr., and a scorecard from the Masters Tournament signed by Tiger Woods, Brown is confident he will have success in earning more money.

He looks forward to celebrating with Stacy, the daughter, and dozens of other people at some time in January.

Brown also hopes that this story will raise awareness of the plight that veterans all across the country, such as Mittrick, face with PTSD, and that the way it all came together will be an inspiration.