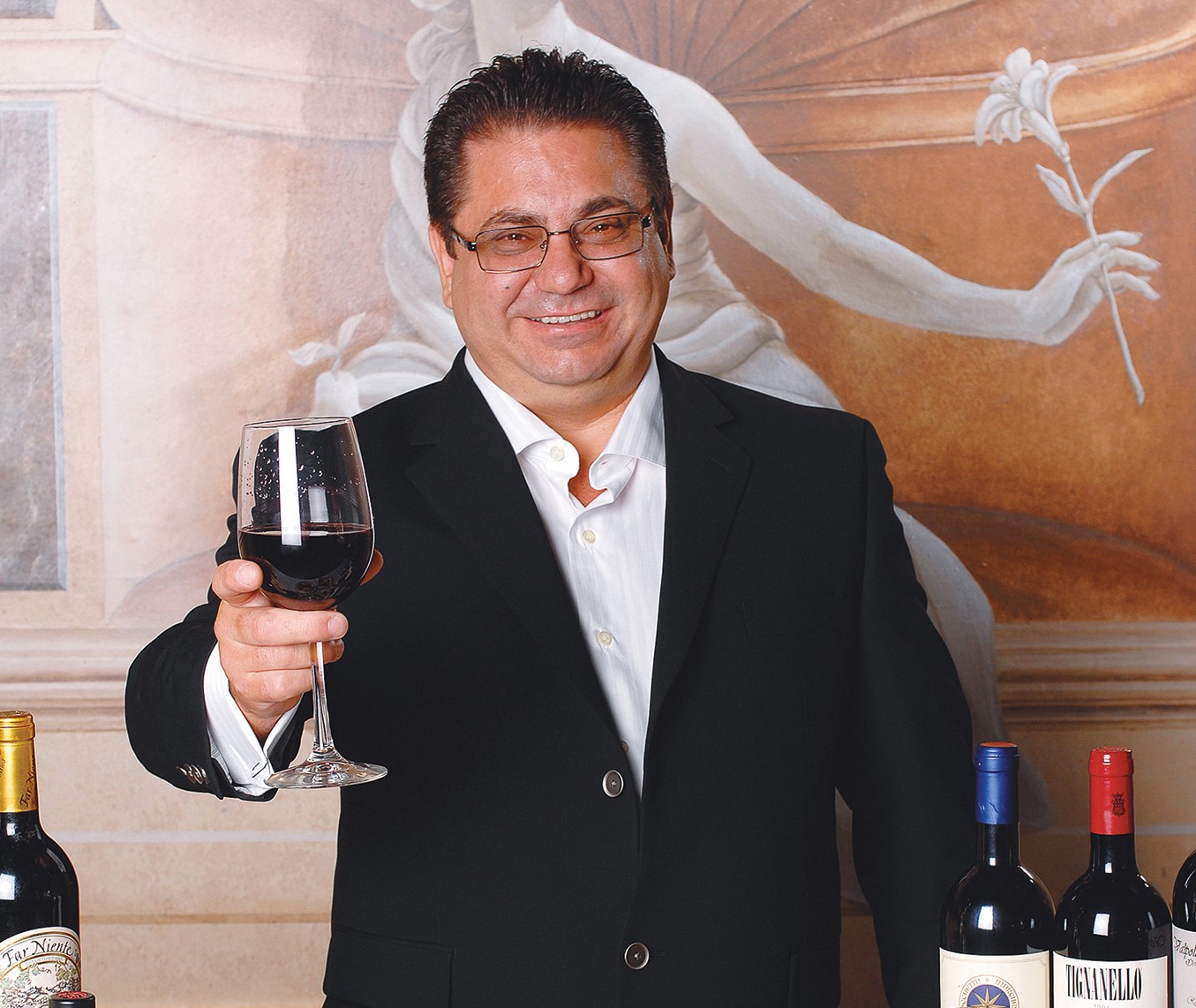 San Clementeans turned out in large numbers Tuesday to honor one of the city’s most beloved citizens.

Tony Carbonara, the owner of Carbonara’s Trattoria on Avenida Del Mar, died last Thursday after suffering a stroke the previous day. He was 59 years old.

His passing has led to an outpouring of grief in the city for a man described by nearly everyone who had come to know him as one of the most generous people they had ever met.

A standing-room only crowd filled Our Lady of Fatima Catholic Church for Carbonara’s funeral mass Tuesday, followed by hundreds more who celebrated his life with his family at the Casa Romantica Cultural Center and Gardens, one of Carbonara’s favorite spots in the city.

“Every person who was there he touched in some way,” daughter Christina Carbonara said of the turnout to honor her father. “Everyone in that church had a story about Dad.”

Carbonara was born in Bari, Italy in 1953 and came to the United States as a teenager. His family settled into an Italian neighborhood in Chicago. While in high school, Carbonara met his wife, Mary, an Irish newcomer to the neighborhood. The two later married and had two daughters, Christina, and Michelle.

Carbonara, who worked in construction, came to San Clemente in 1989, to assist his sister Tina in building the restaurant that now bears the family name. It wasn’t supposed to be a permanent move. Upon seeing the city, friend Rick Anderson said in his eulogy, that changed.

“It was love at first sight,” Anderson told the assembled crowd.

With that, Carbonara called his wife and daughters and told them they were moving to Southern California. Christina recalled that she was heartbroken at the time, since she was in junior high school, but the family, like their father, quickly embraced the city they came to call home.

Former city clerk Myrna Erway said there wasn’t a single person in San Clemente whom so many held so dear.

“I can honestly say I’ve never seen such an outpouring of love as with Tony,” Erway said. “He did so much for every organization. He made it about everyone else. How could you not love him? I don’t know that there are many people who didn’t know him.”

Nearly everyone at the Casa Romantica event seemed to have a story about Carbonara’s generosity—a check picked up for a service member and his wife before his deployment, helping a customer with the rent for the month or a kind word for a family member.

Former mayor Joe Anderson said Carbonara’s force of personality drew people to him, and it helped him lead the charge to turn downtown San Clemente from a sleepy area that closed after dusk to a hot spot for fine dining.

“He was a real anchor for the business community on Del Mar,” Anderson said. “That drew people to him, and he was a great and open leader of people.”

Anderson also noted Carbonara’s generosity with a number of area organizations and civic groups, such as the Downtown Business Association, San Clemente Chamber of Commerce and Casa Romantica.

“He gave it his all. He was always willing to go above and beyond what was expected of a person. And he imparted a lot of energy to any event he attended,” Anderson said.

Bob Novello, the executive director of Fisherman’s Restaurant and Bar, and a friend of Carbonara’s since the he arrived in the city, said his friend’s generosity was born out of his Italian heritage.

“It was his love of family, what the Italians call ‘La Familia.’ And Tony treated everyone like family,” Novello said. “If someone needed anything he was always there.”

Novello recalled instances where Carbonara willingly covered full receptions or events for less fortunate people, and arranged for his suppliers and other restaurants to help.

“He was the best,” Novello said.

During his eulogy, Anderson noted his friend’s sense of generosity knew no bounds.

“He could have been a much richer man if he hadn’t given so much away,” Anderson said. “He measured his wealth in family and friends. And he died a billionaire.”

Christina said that the side that the public saw of their father was essentially the same as the man his family got to see at home.

“He worked so hard to make sure we were taken care of,” she said. “He was our rock. And he kept traditions alive.”

These included traditional Italian Christmas Eves and Christmases, and big weddings for herself and sister Michelle. And, as many others pointed out, Christina said her father didn’t know how to say “no” to his family, as he couldn’t to others in town who needed help. The day before Carbonara suffered the stroke that sent him to the hospital, Christina said her father popped over for dinner, sneaking sweets to his grandchildren despite their mothers having forbidden it. She was grateful, she said, that her children had gotten the opportunity to know their grandfather.

“My boys will have the best memories of him,” she said.

Friends who gathered at Carbonara’s the night he passed away said much the same.

Peggy Vance, the executive director of the San Clemente Ocean Festival, said the city had rarely had a greater supporter.
“Tony is everybody’s friend,” Vance said. “His heart was bigger than anybody’s. I can’t imagine San Clemente without Tony. His generosity was beyond measure. His love for his family and his community were unsurpassed. I’m going to miss him a lot. There’s definitely going to be a void.”

Tom McKeown got to know Carbonara the way many in San Clemente had, by meeting him at his restaurant. McKeown said he and his wife stopped in the first week it was open.

“We got to be very good friends,” McKeown said. “Tony is Mr. San Clemente. He has done so much for this city, just by being a sponsor for so many events. He just constantly gives. He always has. This is very much a Carbonara’s evening. There are a lot of people having a good time, good food and a lot of noise.”

Christina said she understood that it will be difficult, if not impossible to fill the hole created by the passing of her father. While delivering her own eulogy for her father, Christina said she and her family would do their best to try and carry on Tony’s legacy.

“I have been so blessed to work side by side with him for many years. I will do my best, we will do our best, to carry on his legacy,” she said.

What she hoped, she said, was that the people of San Clemente took her father’s example to heart.

“I hope that people will take little bit of Tony and make him part of their lives.”