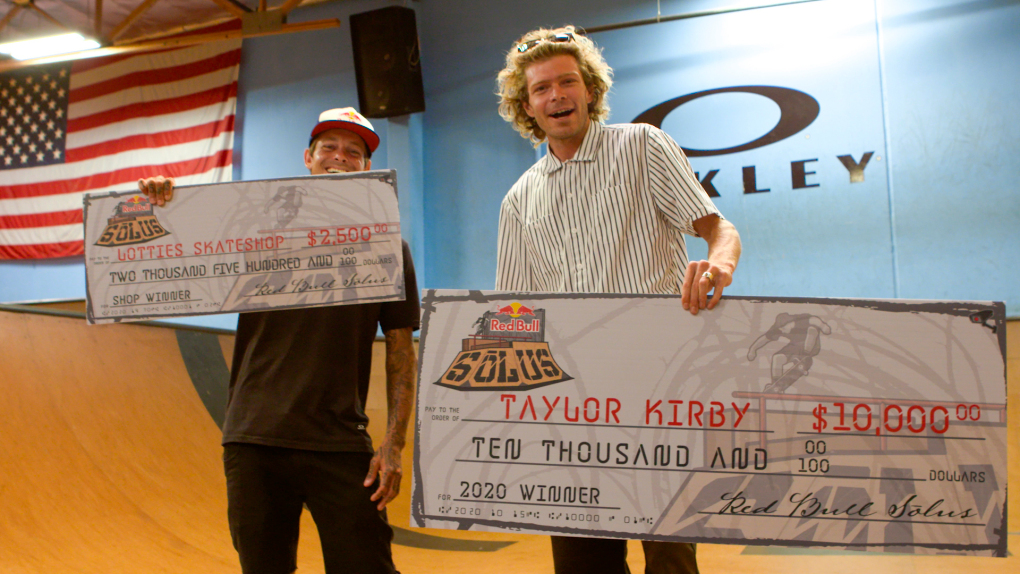 In a COVID-19 world, leave it to skateboarders to get creative when it comes to hosting events, with the latest entry right here in San Clemente.

Offering up his private SC Sandlot skatepark as the venue, skateboarding legend Ryan Sheckler teamed up with his sponsor to host a new and unique online video skateboarding contest: Red Bull Solus. The contest brought 13 skaters to Sheckler’s San Clemente playground, with each coming alone, or “solus,” for an hour-long session. In that session, skateboarders used the time to put together their best 45- to 60-second line of tricks, which was filmed and sent to judges to determine a winner.

Taking home the crown and prize money was 27-year-old Taylor Kirby, a San Clemente native based in Los Angeles. Kirby earned $10,000 for the win, with an additional $2,500 donated to his skateshop of choice, Lotties Skateshop in Los Angeles.

San Clemente was well-represented with the 30-year-old Sheckler headlining and 29-year-old Greyson Fletcher also competing. Both were skating for the Republik of Kalifornia skateshop in San Clemente.

For Kirby’s winning best ride, he took advantage of everything the SC Sandlot had to offer. Kirby hit a 360-flip to a 50-50 grind over a six-stair gap and hubba ledge. Kirby then launched a backside big spin on the euro gap and finished it all off with a switch 360-flip down the stairs.

In addition to the big prizes, voting continued online for the fan favorite award, which would give another $2,500 to the skater selected. The winner of that award was scheduled to be announced on Wednesday, Sept. 30 at redbull.com/solus. All videos of the runs and more info on all the skaters are available at redbull.com/solus.