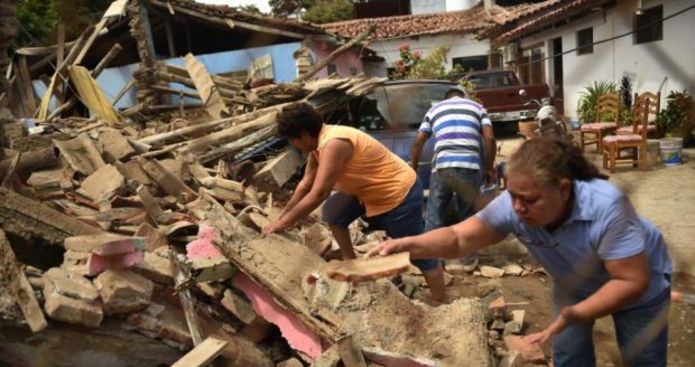 The village of Juchitán de Zaragoza in the state of Oaxaca in southern Mexico experienced about 100 deaths from the two earthquakes that took place in September, according to the release. More earthquakes and aftershocks have been reported since then.

“This remote mountain village is located in the state of Oaxaca where the 8.1 earthquake epicenter was located followed by two more 6.1 aftershocks,” a press release from Ministerios Transformacion stated.

Don Glasgow, a San Clemente resident who makes frequent trips to impoverished areas of Tijuana with Kingdom Builders Ministry, said the network with Ministerios Transformacion has 31 churches that have come together to help.

Daniel “Tury” Nunez, Jr. and Pastor Abraham Velasquez of Kingdom Builders work with the independent church group Ministerios in Tijuana and surrounding areas. They work with the churches to provide resources to people and money “to keep things going.”

“They will be connecting with a local pastor in Oaxaca, and they’ll be doing everything that they need help with,” said Daniel Nunez, the father of “Tury.” “We want to be able to keep helping in the future and help rebuild homes. It all depends on how much we can raise.”