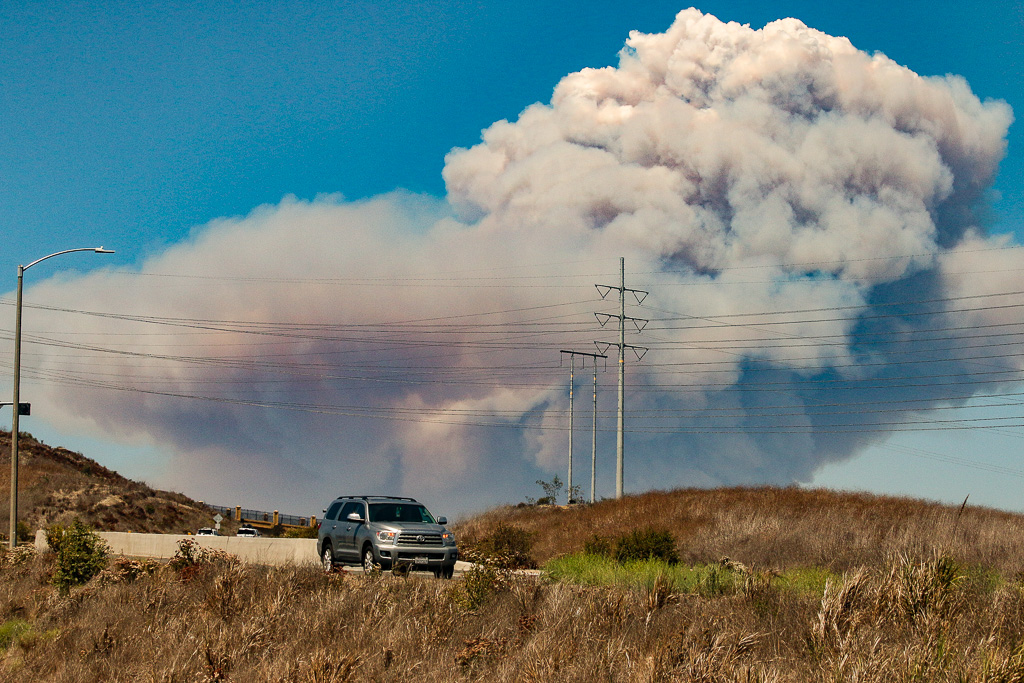 San Clemente Police Services on Sunday, Sept. 9, said that they are looking into the details of a fraud case set up by a local woman who claimed to be receiving donations for firefighters.

Ashley Bemis, 28, of San Clemente, allegedly solicited the donations on accounts such as GoFundMe and through social media, saying her firefighter husband was actively fighting the Holy Fire, which burned more than 20,000 acres in Orange and Riverside counties.
According to Lt. Mike Peters, chief of San Clemente Police, the name of the firefighter she claimed to be her husband doesn’t exist in any national database. When contacted by CalFire personnel about the incident, Peters said sheriff’s deputies questioned Bemis, and she has been “cooperative” with officials.

Other alerts to the issue came from outrage pouring from social media posts by people who had donated to her in the past.

“There were a bunch of things happening that drew our involvement,” Peters said. “(CalFire) officials got involved and told her they were fully supplied, but she continued with her process.”

Peters said there was another fraud incident orchestrated by Bemis years ago that sheriff’s deputies were not aware of, but have been added to a multi-layered investigation. As of Wednesday, Sept. 12, Bemis had not yet been charged with a crime.

Peters said Bemis was using multiple locations including storage facilities and office spaces to have the donations delivered, making it seem like a sophisticated scheme. Bemis is suspected of soliciting cash donations as well as goods totaling about $11,000.

Police Services is asking for anyone who donated anything to Ashley Bemis regarding her false husband, “Shane Goodman,” being a CalFire Department firefighter, to come to the San Clemente Sheriff’s substation, located at 100 Avenida Presidio in San Clemente, to complete a short questionnaire.

The questionnaire must be picked up in person at the substation located at 100 Avenida Presidio, as it cannot be mailed. Office hours are 8:30 a.m.-2 p.m. Monday through Thursday.