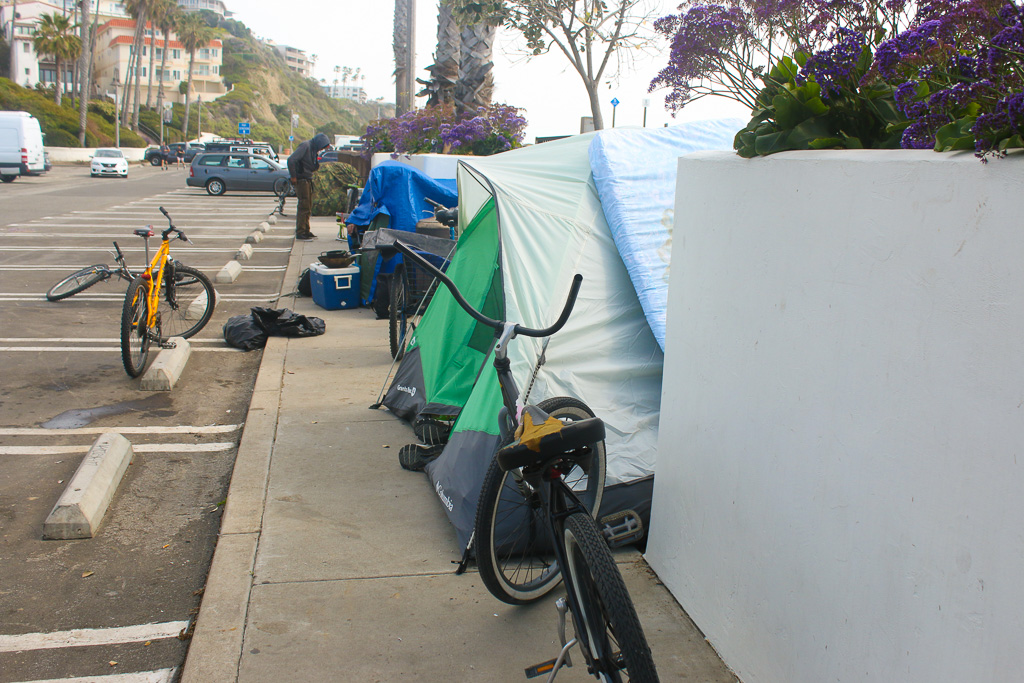 As the debate over what to do about the homeless situation in North Beach continues, San Clemente is prepping itself for a court date with homeless nonprofit organizations Housing is a Human Right and Orange County Catholic Worker.

A popular spot for homeless people, which has been barricaded recently for landscaping, is the grassy knoll on which the Ole Hanson Beach Club sits.

The city is currently looking at areas where temporary shelters could be placed, but some residents have argued that homeless people won’t go there even if it’s offered.

On Tuesday, OCSD arrested one homeless man after a video of him beating another homeless man surfaced on social media. That same day, another video was circulated of a man yelling at a woman to leave his area. It’s unclear how the second video’s altercation was instigated based on the footage.

Lt. Edward Manhart, chief of San Clemente Police Services said they’ve had deputies frequently patrolling the area during the day and evening. Manhart reiterated the sheriff’s department plea for people to contact them and not just post to social media.

“We’ve always had a homeless problem, even when I was last here (in 2011), but the legal challenges and restraints, those have dramatically changed,” Manhart said.
Law enforcement currently cannot remove homeless people from camping in a public place if that city has nowhere for them to go.

In February, Mercy House made a presentation at the San Clemente City Council where they stated about half the homeless people do not accept services due to having local assistance or an aversion to the outreach.

A lease agreement between 24 Carrots and the city was approved at the March 19 meeting that would give the lessee control of the exterior of the Ole Hanson Beach Club on weekends as well as the ability to have extra security on-site during events.

The city is scheduled to appear in federal court in Santa Ana at 8:30 a.m. on Tuesday, April 2, with several South Orange County municipalities in a lawsuit that was amended to include them in the Santa Ana case.

“The San Clemente plaintiffs illustrate this point,” the complaint stated. “The city contracted with Mercy House to provide services, but the only shelter option offered is the Courtyard in Santa Ana.”

That method is not suitable to address the homeless issues within South County, the plaintiffs argued.