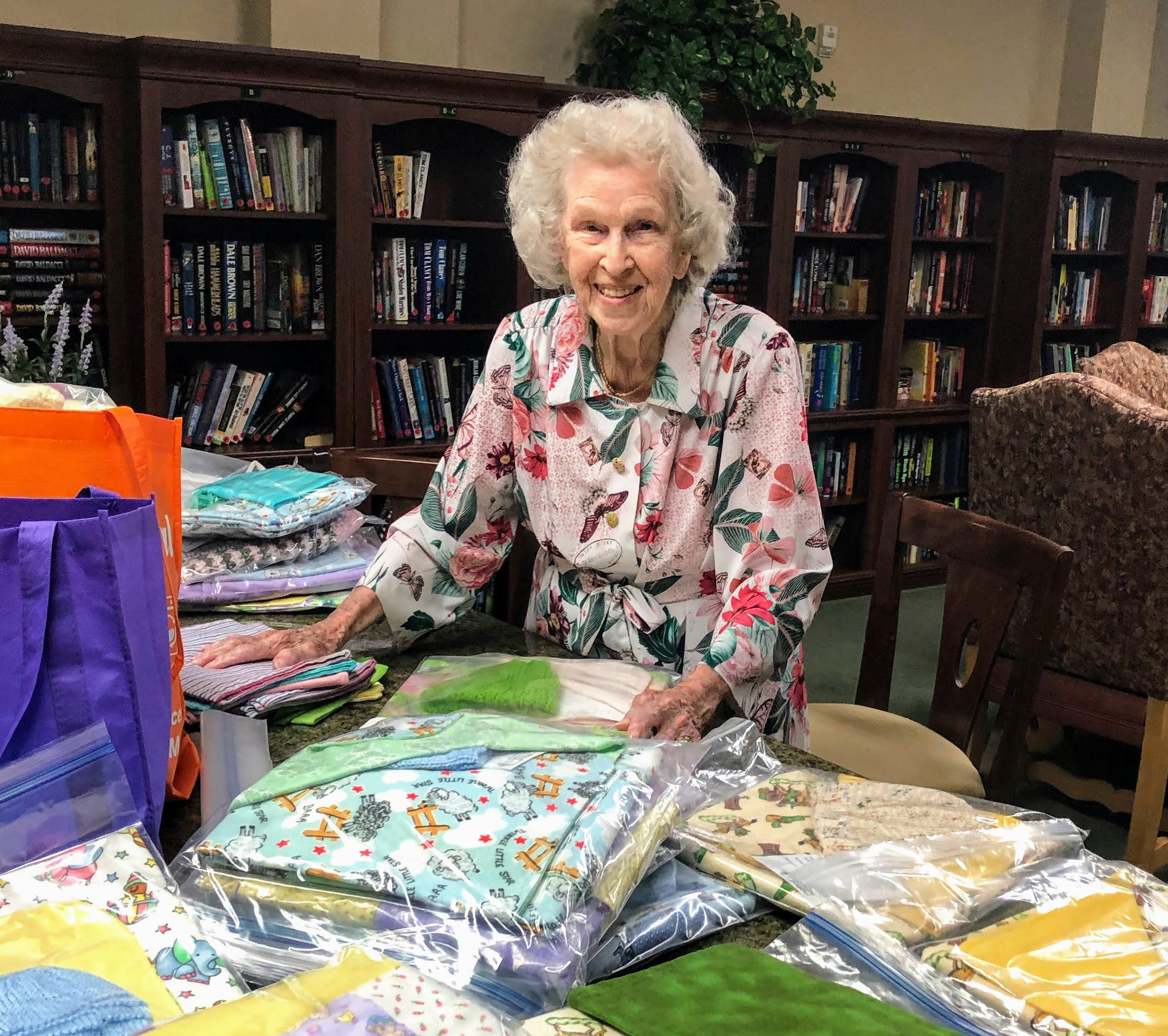 San Clemente resident and World War II veteran Jessie Strike McClellan will soon join the town’s centenarian club as she will be turning 100 on Sept. 23.

The longest-standing resident of the San Clemente Villas, which will celebrate its 20th anniversary in spring 2023, is known for her continued contributions to military soldiers and their families, including sending letters and care packages overseas, donating clothes to Camp Pendleton families, and making a baby blanket for each child born at the base.

In June 1942, McClellan joined the Women’s Auxiliary Australian Air Force and was assigned to an Intelligence/Signals Unit at Gen. Douglas MacArthur’s headquarters in Brisbane, Australia.

In an environment where she was required to be fast and accurate, she translated messages between field operations.

In a prepared statement, McClellan thanked the United States military for intervening while the Japanese forces occupied Papua New Guinea and Borneo and bombed Australia’s Northern Territory, as well.

“In closing, I would like to express my gratitude to America for coming by when we needed aid,” she said. “(The battles of) Midway and Guadalcanal saved us from occupation. Anything I have been able to do to help servicemen during my time here is my way of saying thank you.”

McClellan described her birthday as a part of life, advising people to enjoy each day they have and do things for others.