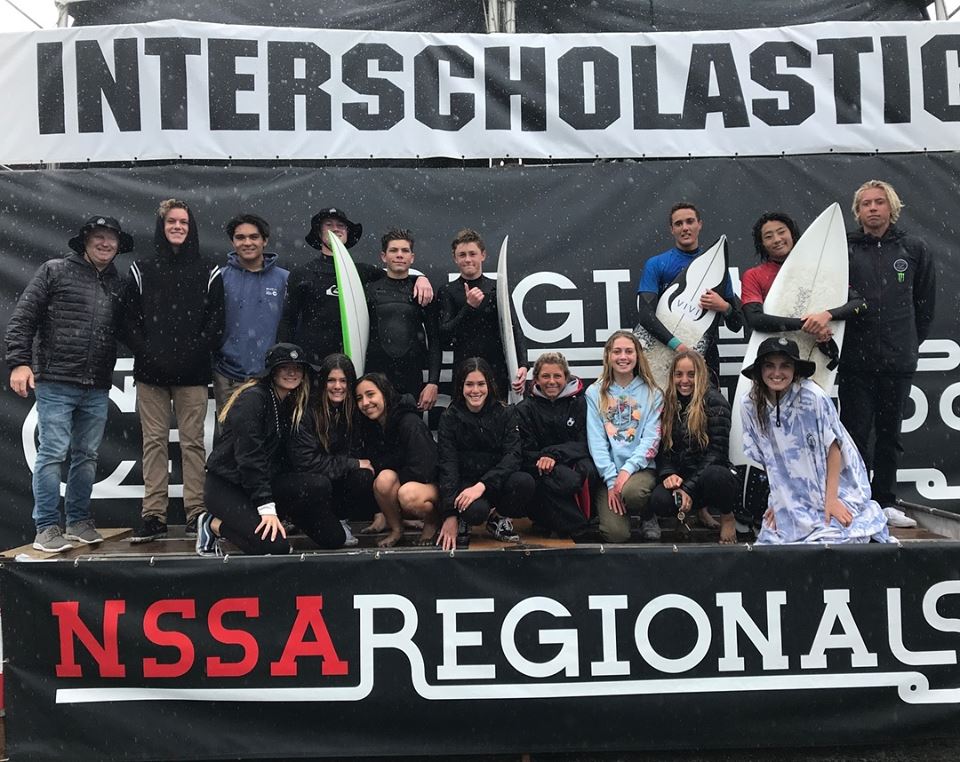 Last weekend was a big one for San Clemente’s student surfers. From the middle school to the college ranks, area schools dominated the NSSA Interscholastic State Championships. Held in playful, knee- to waist-high surf at Seaside Reef in San Diego, the tradition of excellence was on full display.

Since 2006, the Shorecliffs Middle School Surf Team has not surrendered the NSSA State Title. Last weekend marked its 14th consecutive crown, a feat unrivaled in the history of the NSSA.

“This has got to be a testament to head coach David Hennings, who now must be considered one of the greatest surf coaches in the history of our sport,” read a NSSA Facebook post shortly after the latest title was clinched. “The Shorecliffs Surf Team has established a level of excellence others must now strive to match.”

Incredibly, San Clemente’s Malia Ward, surfing for the University of Southern California, captured the Women’s College State title as well, tallying a pair of eight-point rides in the final to take the win. Her father, Chris Ward, a former World Tour competitor and NSSA National Champion, was on hand to chair her up the beach and join in the celebration.

As far as individual successes, there was no shortage of podium-topping performances from the local contingent. The Tritons’ junior varsity team stormed the final with Raiki Nishida taking the victory, followed by Luke Blackwill in the runner-up spot and Miles Biggs in third. Matt Economos rounded out the six-person final in a very respectable fifth place.

The lady Tritons proved to be just as dangerous, with teammates Julia Guild and Emily Anderson finishing 1-2 in the JV final.

For the Tritons’ varsity squad, Kai McPhillips led the charge, finishing second, only 0.3 of a point off the lead. When the horn finally sounded at the end of the fiercely fought heat, it was Newport’s Jojo Whelan who came away in the top spot. San Clemente’s Ethan Mudge won the Varsity longboard division, while Griffin Glenn got third in the JV Longboard final.

And for the Middle School crew, it was an all-star showing for Shorecliffs. Sawyer Lindblad blasted her way into first place in the middle school girls’ division, while Dane Matson, Tyrone Fomenko and Brayden Burch all made the final of the boys’ division. Dax McPhillips won the Middle School longboard title.

From San Diego to Dana Point and on up to Santa Cruz, there’s no shortage of talent in the water along the California coast, but year in and year out, San Clemente schools have had the most dominant surf programs in the state. This has led to San Clemente’s well-earned reputation as the hotbed for up-and-coming talent in America.

Look no further than what some area surfers have been able to accomplish on the global stage since graduating from T Street. The city currently has two surfers on the WSL Championship Tour—Kolohe Andino and Griffin Colapinto—while Greg Long has cemented his reputation as one of the premier big-wave riders in the world. Kirra Pinkerton is the reigning Junior World champion. And surfers including the Gudauskas brothers, Ian Crane, Luke Davis and Tia Blanco, as well as a handful of others, are inspiring surfers around the world to go chase their own surf dreams. None of this is possible without a solid foundation in academics and support from within the community.

Huge credit goes to the coaches, administrators and parents who make all of this possible. It’s not always easy (or fun) standing on the beach in the wind and the rain, but when it all comes together like this, all those long days and long weekends pay off in remarkable ways. Congrats to all of the winners and their supporters for another history-making season.