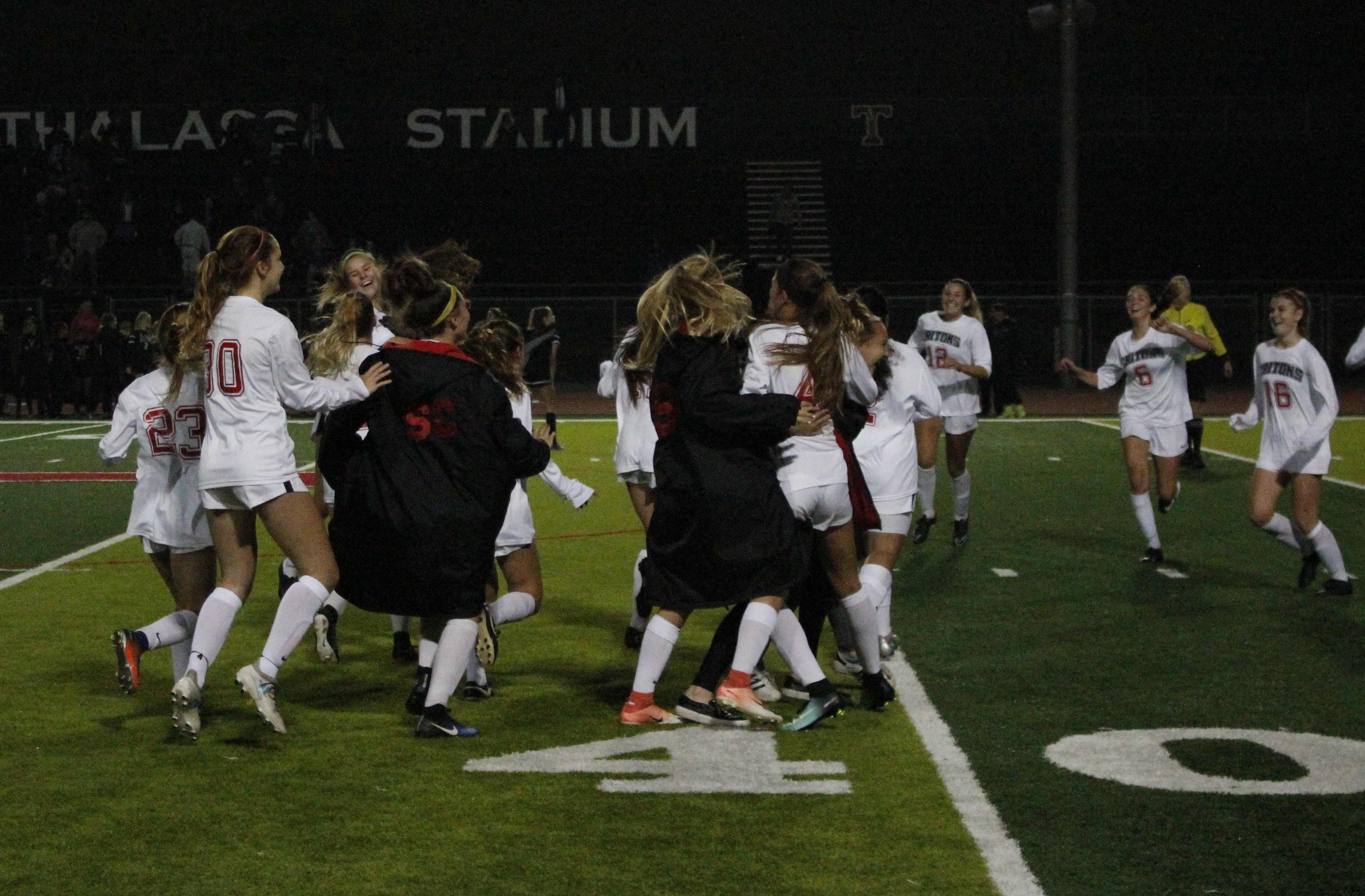 SAN CLEMENTE – From the start, the tension was palpable between San Clemente girls soccer and Aliso Niguel. The teams played each other tight and physical, and both knew it was a one-goal kind of game.

The Tritons survived early pressure, and Rylee Kerr found the game’s one goal in the second half as San Clemente defeated Aliso Niguel, 1-0, in a South Coast League game Tuesday at San Clemente High.

“We haven’t beat Aliso in I don’t know how many years,” San Clemente coach Lauren Leslie said. “You can see how much they celebrated and how much this meant to them.”

“It’s super big,” Kerr said. “We’ve been training for this for a long time. We really wanted to come out and show that we can be just as good as them if not better.”

The Tritons opened league play with a disappointing tie against Dana Hills, but the win combined with Dana Hills’ win over Laguna Hills on Tuesday put San Clemente on top of the league standings.

“Aliso plays their game so well,” Leslie said. “They play high pressure and are so good at placing the balls where they want them. It’s kind of hard to whether the Aliso storm. For the first 20 minutes, they were down our throat.”

San Clemente finally strung together some passes late in the first half and rang a shot off the crossbar in the 31st minute.

Out of halftime, the Tritons seemed to find their game and push back on Aliso Niguel.

Kerr broke through in the 55th minute.

“Had a perfect pass right to me,” Kerr said, “and I just tried to shut everything out. Super stoked to get that one in.”

Kerr poked it around an aggressive play by the Wolverines keeper for the one-goal advantage.

“It was a gift,” Leslie said. “We had another gift that we weren’t able to put away. Sometimes that’s what it comes down to. You have one opportunity, but that’s why you have to believe in every ball that’s sent forward.”

San Clemente had two more big chances with one off of a corner and rebound and another off a deflection for a one-on-one opportunity.

Aliso Niguel fought back, and San Clemente keeper Kelsey Bland came up with a point-blank stop in the 65th minute to seal the game.

“Big time,” Leslie said of Bland. “The first 20 minutes they were coming down on us was a little shaky, but Kelsey was strong the whole time. She held it down.”

San Clemente travels to Laguna Hills on Thursday before hosting Tesoro on Jan. 23 to close out the first run through league play.