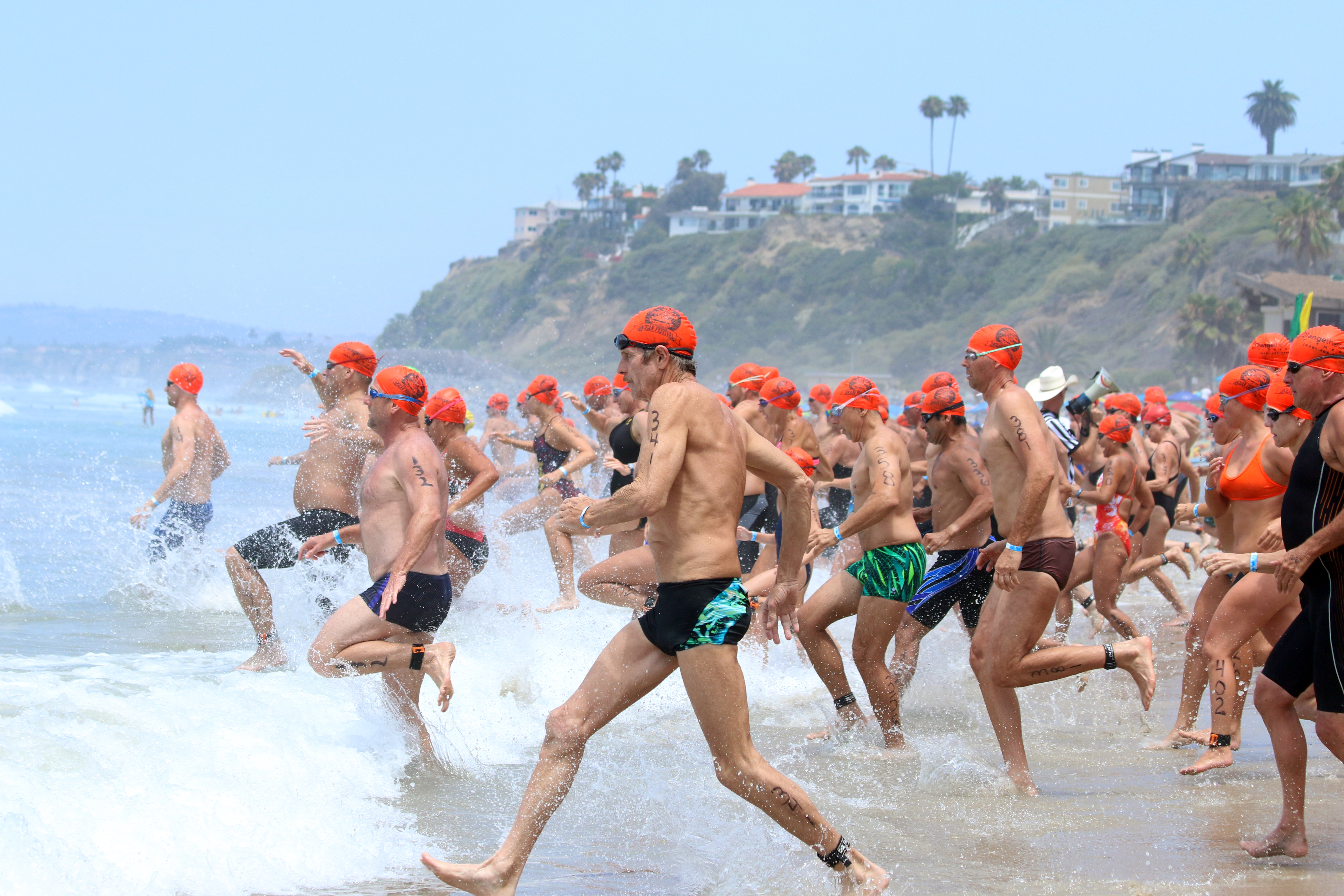 As 2015 draws to a close, we take a look back at the people, stories and moments that defined the sports landscape in San Clemente over the past 12 months.

San Clemente High School senior quarterback Sam Darnold completed six of seven pass attempts for 89 yards, a touchdown and an interception in the 2015 U.S. Army All-American Bowl in San Antonio on Jan. 3. Darnold, who led the Tritons to an appearance in the CIF-SS Southwest Division Championship game in 2014, started playing for USC this past fall.

As part of San Clemente High School’s 50th anniversary celebration, the Triton boys basketball program honored its 50 greatest players on Jan. 23. During a halftime ceremony, 36 former and current Triton greats, including 10 coaches, gathered at center court to be recognized.

Both the San Clemente High School boys and girls basketball teams won their respective league titles in February. The girls team wrapped up its third straight South Coast League title with a 7-1 record and the boys team captured its second title in three years with an undefeated 8-0 league record.

San Clemente resident Beth Sanden, a partially paralyzed marathoner and USA Triathlon coach, completed the Antarctic Marathon on Feb. 19. The feat marked the completion of Sanden’s years-long journey to finish a marathon on all seven continents.

Paulo Guillobel, a fourth-degree black belt and founder of the Guillobel Brazilian Jiu-Jitsu Academy in San Clemente, won gold at the 2015 Pan Jiu-Jitsu Championships at the Bren Events Center in Irvine on March 15. The win was Guillobel’s sixth world championship victory.

The San Clemente High School baseball team bested the field at the prestigious National High School Invitational tournament in North Carolina, capping off the tournament with an 8-3 win over College Park in the championship game on March 28.

Ultra-distance runner Dean Karnazes, Olympic swimmer Kristen Caverly and surf icon John Severson were inducted into the Friends of San Clemente Sports Hall of Fame during a ceremony at the Vista Hermosa Aquatics Center on May 16.

San Clemente High School teammates Kolby Allard and Lucas Herbert were both selected by the Atlanta Braves as part of the 2015 MLB Draft on June 8. Allard, a left-handed pitcher, was the 14th overall pick in the draft and the first high school pitcher selected. Herbert, a catcher, was selected in the second round as the 54th overall pick.

Despite some inclement weather, hundreds took to the waters near the San Clemente Pier to take part in the 2015 San Clemente Ocean Festival July 18-19. The weather forced several of the first-day events to be rescheduled, which made for an action-packed final day of competition.

San Clemente’s Noah Dyer was selected to represent the United States as part of the USA Volleyball Boys Youth National Team. Dyer and his USYNT members placed seventh at the 2015 FIVB Boys U19 World Championship in Argentina in August.

On Aug. 30, hundreds flocked to San Clemente High School to take part in the second annual Live Like Nick 5K Run-Walk, which benefits the Nick Pasquale Foundation. The funds raised at the annual event go directly toward scholarships for SCHS student-athletes and other charitable efforts.

Local skateboarders showed off their skills at the 15th annual SC Open Skate Contest at Ralphs Skate Court on Sept. 26. Dozens of riders competed across multiple age divisions and vied for the coveted “best trick” trophy.

For the first time in program history, the San Clemente High School girls tennis team defeated rival Dana Hills on the Dolphins home court on Oct. 1. The Tritons cruised to a 12-6 victory over Dana Hills and went on to share the South Coast League title with their rivals.

A group of students at San Clemente High School formed the Triton Rugby Club, the school’s first-ever rugby program. The group came together for their first practice in November and played in their first Southern California Youth Rugby match against Servite on Dec. 11, which the team won 10-5.