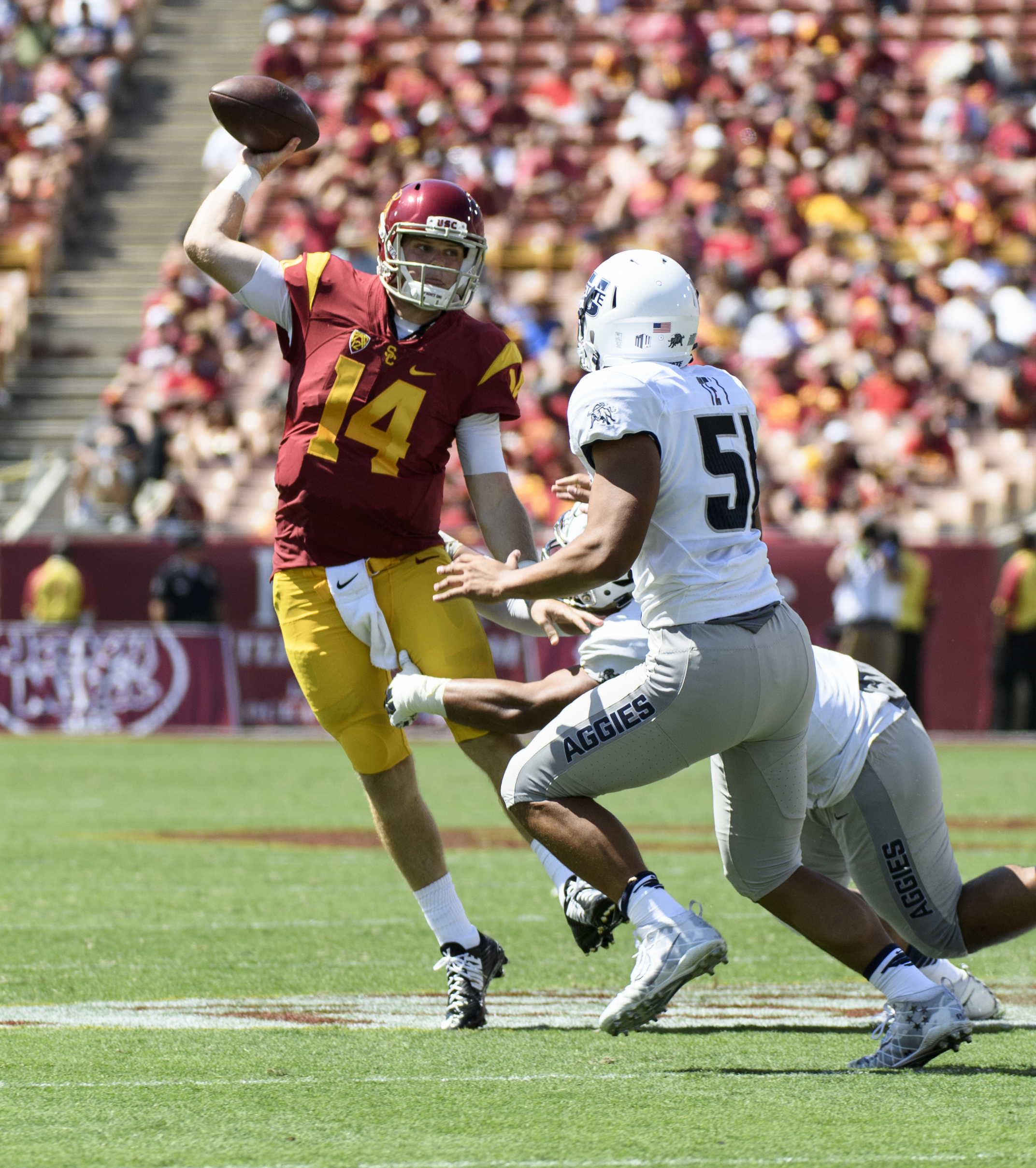 The 2016 calendar year was filled with notable San Clemente sports moments. From the San Clemente High School football team making its magical postseason run, to the excitement of Ocean Fest, and to the success of several locals on the national stage, it’s been quite the year.

Here is a look back at some of the defining sports moments of 2016.

San Clemente native Hailey Langland won the bronze medal in the women’s snowboard slopestyle event at the X Games Aspen on Jan. 29. Langland, who was 15 years old at the time, was also named Transworld Snowboarding’s women’s rookie of the year.

Griffith is Tops in Antarctic 100K

An impressive 24 San Clemente High School student-athletes took part in a signing day ceremony on campus on Feb. 3, signing their National Letter of Intent for college. Almost every program on campus was represented.

For a second consecutive season, the San Clemente High School boys basketball team won the South Coast League championship following a win over Dana Hills on Feb. 11. The Tritons went on to win a program-best 21 games in 2016 and reached the second round of the playoffs.

The San Clemente High School girls water polo team got hot at the right time, and barnstormed its way to the semifinals of the CIF-SS Division 2 playoffs. The Tritons outscored their first two playoff opponents by a 30-12 margin before falling to Murrieta Valley in the semis.

Meisinger Dominant on the Mats

San Clemente High School senior wrestler Tyler Meisinger had a 2016 season to remember. He swept his competition at the prestigious ORCA Duals in Washington on March 12 and earned a spot in the National High School Wrestling Championships in Virginia on March 31.

After climbing its way out of an embezzlement scandal, the San Clemente Girls Softball league showed resilience in the face of adversity at its end-of-season tournament on April 29. The league, which came dangerously close to folding after being left in nearly $30,000 worth of debt due to a negligent former board member, had a record number of girls come out and play in 2016.

Legendary surfer Joyce Hoffman, volleyball star Bob Yoder, and celebrated tennis player Doris Stephens were inducted into the Friends of San Clemente’s Sports Wall of Fame during a ceremony at the Vista Hermosa Aquatics Center on May 21.

Trendsetting quarterback Travis Wilson was inducted into the San Clemente High School football Hall of Fame on June 3. Wilson, who guided the Tritons to the 2011 CIF Pac-5 Division Championship game, was a record-setting quarterback at Utah, and helped reshape the way the position is played at SCHS.

An estimated 56,000 people attended the 40th installment of the San Clemente Ocean Festival from July 16-17. Hundreds of athletes competed in the water events, which included SUP races, surf contests and ocean swims.

San Clemente natives Paris Henken and David Higgins represented the United States by competing in the 49erFX sailing and 50-meter prone rifle events, respectively, at the 2016 Olympic Games in Rio de Janeiro, Brazil. Higgins placed 40th in his event and Henken, along with her racing partner Helena Scutt, placed ninth.

Darnold Bursts Onto the Scene

After a lackluster 0-3 start to its season, the USC football team named San Clemente’s Sam Darnold its starting quarterback on Sept. 23. Darnold, a redshirt freshman, instantly made an impact. Darnold compiled an 8-1 record as the Trojans starter and guided the team to a berth in the Rose Bowl against Penn State, which is set for Jan. 2.

Warman Blows Away the Field at City Golf Championship

San Clemente’s Mark Warman claimed the San Clemente City Golf Championships with a record-tying performance at the Municipal Golf Course on Oct. 16. Warman shot a two-day score of 128 (-16) and failed to make a bogey all weekend.

A group of Dana Outrigger Canoe Club paddlers traveled to Chile to compete in the South American Canoe Championships on Nov. 17. The team, which consisted of several San Clemente residents, placed fourth in the top division.

One Town, One Team, Lots of Trophies

The San Clemente High School football team capped off a magical year by winning the CIF State Division 1-A Championship in Sacramento on Dec. 17. The Tritons won the CIF-SS Division 2 Championship, the CIF Division 1-A Southern Regional, and won a program-best 14 games.