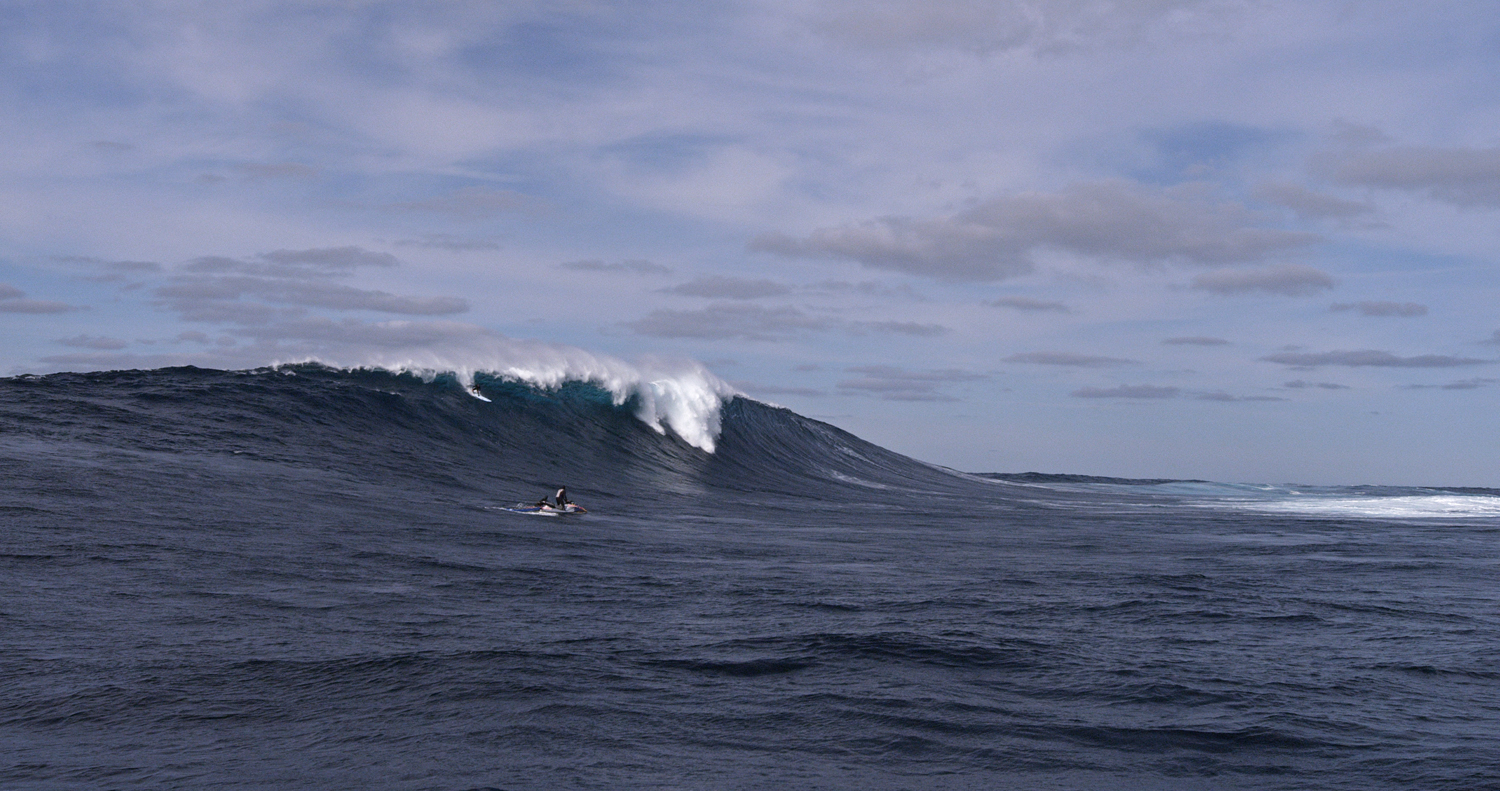 Long was part of a group of some of the world’s best an most experienced big wave surfers and photographers who traveled to the break, to ride the 25-foot-plus waves hitting in the area.

Cortes Bank, a shallowly submerged island about 100 miles west of San Diego’s Point Loma, is a popular destination for elite big wave riders. It is part of the Channel Islands chain and is situated roughly 50 miles south west of San Clemente Island.

Long is back home in San Clemente following his release from UCSD Medical Center. He was airlifted there by the Coast Guard after being pulled from the water, unconscious, after surviving a brutal beating and three-wave hold down.

In his statement, Long describes what happened and expresses his gratitude for the team who rescued him.

Here is what Long had to say:

“Thank you to the entire community of friends, family and well-wishers for your concern, your outpouring of love, support and prayers, following the serious wipeout I experienced while surfing at the Cortes Bank on Friday, December 21st.

“I am home, following a 24-hour stay in the UCSD Hospital in San Diego for precautionary observation as a result of the near drowning experience and blunt trauma injuries I suffered from the impact of a sequence of four large waves, and a three-wave hold down. I had taken off on the second wave of a four-wave set and was forced to straighten out. After enduring an extremely violent and long hold down, I barely broke the surface and was attempting to grab a breath of air, when I received the full impact of the lip from the third and largest wave of the set.

“All of my breath was knocked out of me. I nearly lost consciousness at this point and was again driven deep and was subjected to a furious beating. I attempted to swim to the surface as the energy of the wave began to release me, but only made a few strokes before the next wave passed overhead, pushing me back down. As this beating started to subside, I began climbing my leash, hoping to break the surface before passing out. I made it to the tail of my board while it was still submerged in the turbulent and aerated water, at which point I blacked out from CO2 saturation and lack of oxygen.

“Three rescue skis operated by D.K. Walsh, Jon Walla and Frank Quiarte were tracking me following the initial wipeout. After a fourth and smaller white water had passed, I was quickly located, floating face down along side my surfboard by D.K. Walsh. D.K. abandoned his ski, jumping in the water in order to raise my head above the surface. Jon Walla arrived on his ski, and together they pulled me onto the rescue sled. I began regaining consciousness during the ride back to the support boat we were operating from.

“Several other rescuers assisted getting me onboard at which point I began vomiting the small amount of water I had aspirated and a large amount of blood, which I later learned was from a combination of the blunt force trauma of impact and the rupturing of capillaries due to extreme breath holding. I was stabilized onboard the boat by the lifeguards and paramedics who were part of our safety team, and a Coast Guard helicopter was summoned to transport me back to San Diego.

“Having trained for extreme breath holding, at no point did I allow myself to panic or lose confidence that I was going to survive this incident. I do, however, fully acknowledge that I did exceed my limits of endurance, and that there will always be elements of risk and danger that are beyond my control while surfing waves of any size. Because of those elements of risk, I have always insisted on working with individuals that share my focus on training and preparation. Humbly, I express my deepest gratitude to the team of rescuers and fellow surfers who’s training and precise response contributed to saving my life.”