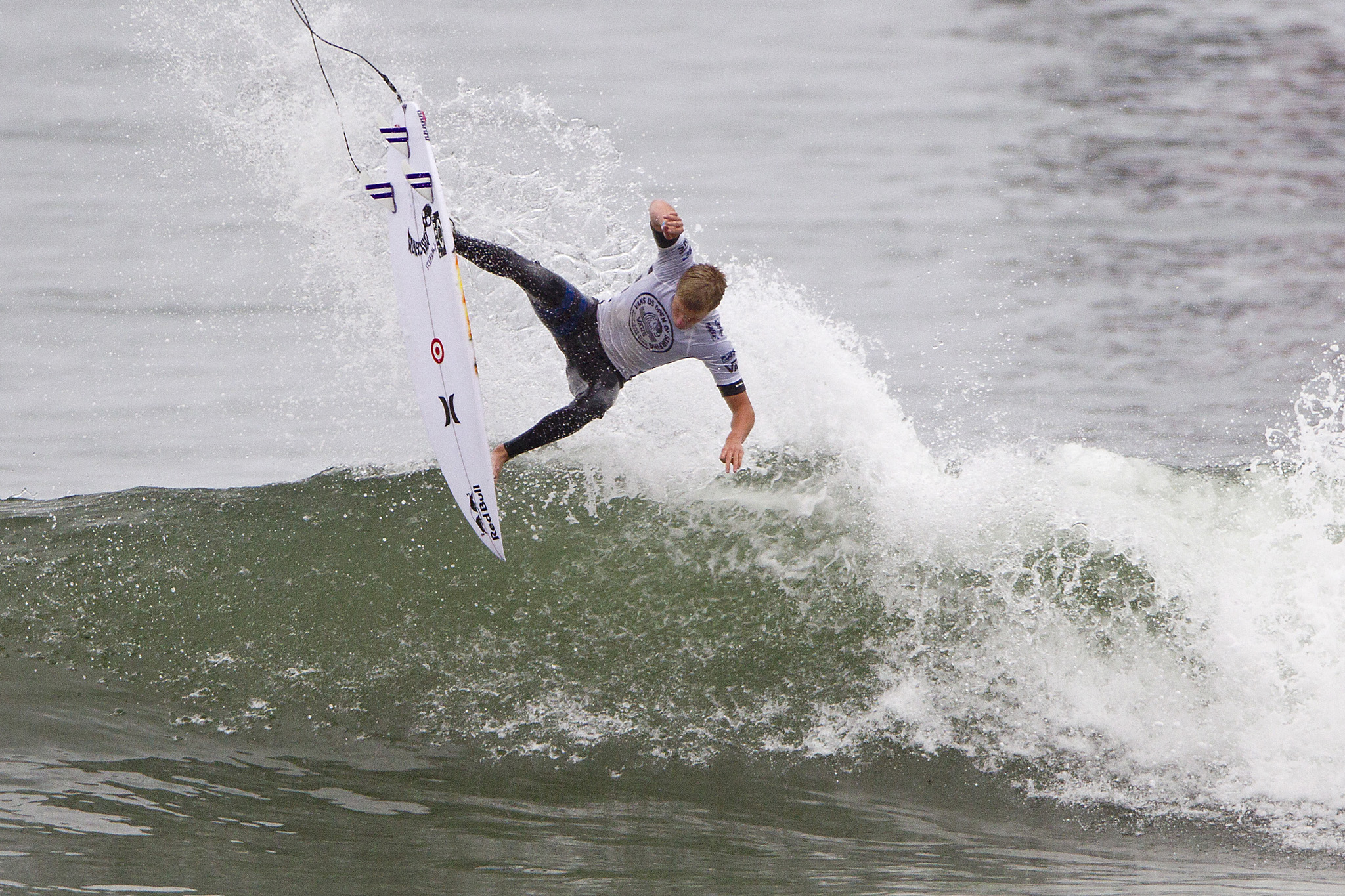 Kolohe Andino, 19, of San Clemente finished as runner-up at the Vans US Open of Surfing in Huntington Beach last Sunday behind Brazil’s Alejo Muniz by a slim 1.69-point margin.

After a string of masterful performances in preliminary rounds, Andino’s semifinal heat against Australian Bede Durbidge continued to build on his early momentum, further igniting the hopes of fans. Squarely in command during the entire semi, Andino bested Durbidge with a two-wave score of 14.00 (out of 20) to 11.76 and moved on to face Muniz in the final.

Despite a valiant effort by Andino, when the final horn of the surfing world’s largest stage sounded, Muniz was declared the winner, having earned 16.23 points to Andino’s 14.54.

“He surfed amazing all week,” Andino said of his opponent.  “It would have been nice to win, but I just couldn’t find a second wave and I’m happy that I made the final.”

The second-place finish moves Andino up to No. 9 on the ASP world rankings

Grom of the Week: Dawson Marks