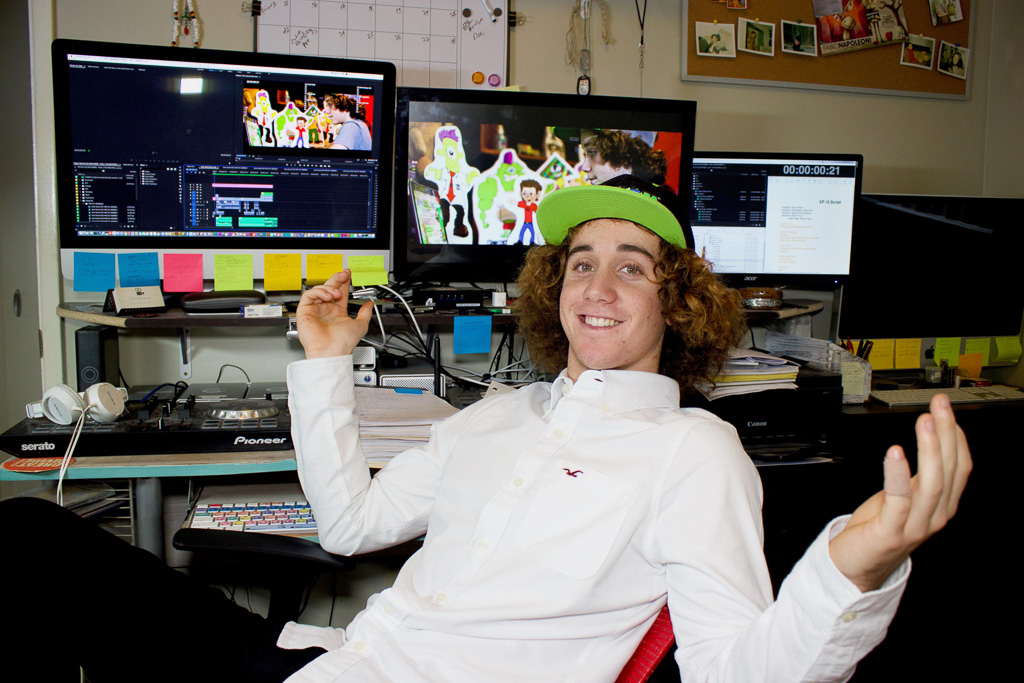 All Zach Marks wanted to do was to connect with his friends in a way most of us do in the 21st century, via Facebook.

But his parents weren’t keen on leaving then-12-year-old Zach to his own devices on the internet, where fraud and deception lurk in every corner of cyberspace.

To work through this problem, Zach and his father, Darren, created a new social space for children younger than 16 called Grom Social that its owners say is safe and constantly monitored.

“It’s a way to help kids better prepare for the world, a place where they can feel comfortable,” said Zach, who is now 17 years old. “We spent so much time completing the parent oversight part.”

Kids are allowed to post their own photos and other media, pending approval and examination, or they can create an avatar.

Grom Social promotes online stewardship and etiquette and is declared a bully-free zone. It acts similar to Facebook.

“If someone tries to set up an account and they’re not a child, and someone asks another child personal information, we will step in,” Darren said.

In order to make an account, a child must have their parent’s permission and Grom Social calls the parent to verify the account.

The company also created and facilitates an app for parents called MamaBear that allows parents to track their child’s online activity.

The product has amassed so many users—now in the tens of millions, according to Zach—that they took the company public in August. It trades as GRMM (Grom Social Enterprises, Inc.) and has more than 125 million shareholders and trades at .54 cents per share, as of closing time on April 3.

The Marks used to split their time between Florida and San Clemente until Zach needed to be in California more. The family just recently moved to San Juan Capistrano.

More information can be found on the Grom Social website, www.gromsocial.com/grom/en/.