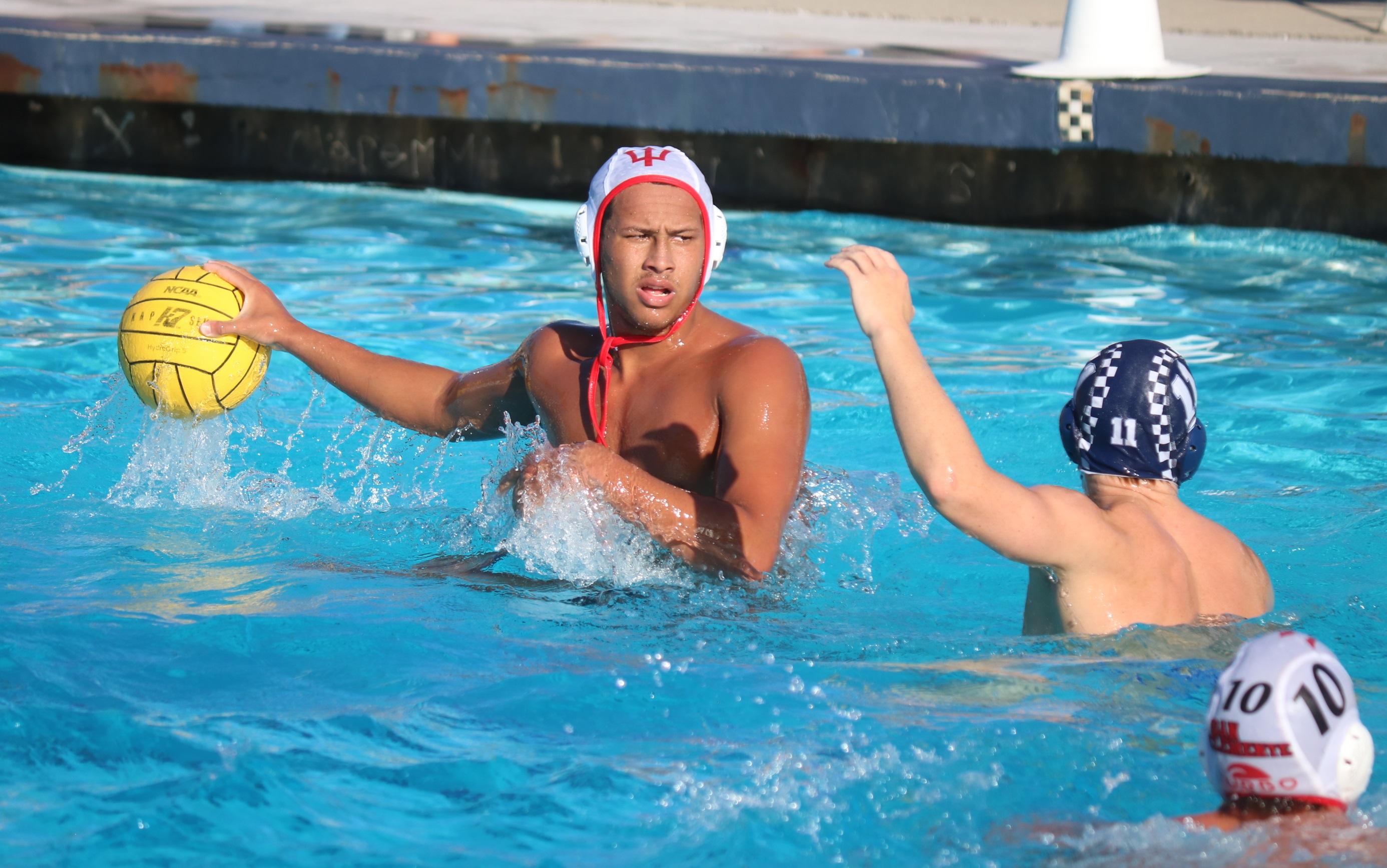 DANA POINT – South Coast League boys water polo opened up on Tuesday in the only way it should: another tight contest between San Clemente and Dana Hills.

San Clemente established an early advantage, led by as many as five goals and survived a fourth quarter push by Dana Hills as the Tritons downed the Dolphins, 11-9, at Dana Hills High School.

Christian Hosea scored a game-high five goals for San Clemente, as the Tritons claimed their fifth straight victory over the rival Dolphins. Seven of the previous eight games have been decided by two goals or fewer, with the one outlier being a three-goal contest in 2017.

Christian Hosea Scores 5 goals for San Clemente, and the Tritons open league against Dana Hills, 11-9. Next up for the Tritons is the crucial South Coast Tournament against top teams in Division 1. @SCHSTritons @SCHSBH20POLO @schs_loud_crowd @SCTimesNews @WaterPolo0714 pic.twitter.com/inQTCNT736

“Overall, I’m happy,” San Clemente coach Logan Powell said. “They’re always tough games (against Dana). I don’t know if I should keep saying that because it’s a self-fulfilling prophecy. I don’t have a lot of critiques for the boys. It’s a league rival game.”

Hosea scored the first two goals of the game and the first three for San Clemente as the Tritons pinned the Dolphins in their own end.

“What was frustrating me was we spent the last two practice days drilling and preparing for getting stops,” Dana Hills coach Matt Rosa said, “and getting first stops for the exact way that they scored their goals at the start of the game. For me, it’s really frustrating because I have a group of seniors that are really experienced, that I feel should be able to execute a game plan, and they didn’t.”

Dana Hills scored two straight goals with a strike by Luke Malecka from Zachary and a man-advantage goal by Logan Earley on a feed from Charlie Gravitt to cut the San Clemente lead to just one.

The Tritons then went on a run as Prussak scored back-to-back goals, and Beau Merritt scored with the man advantage for a 7-3 lead at halftime. Hosea scored on a penalty to open the third quarter for a five-goal lead.

Gravitt scored back-to-back goals with one from distance and another with the advantage to keep the Dolphins hanging around, but Merrit and Hosea struck again for another five-goal lead going into the fourth quarter.

“Fourth quarter, my talk was we don’t have to worry about defense anymore,” Rosa said. “We’re down by five. We’ve got to throw the kitchen sink at them. We just came out with the aggressive energy I thought we’d start the game with.”

Dana Hills outscored San Clemente 4-1 in the final frame with goals by Zachary and Malecka and two strikes from Curren McCarthy. However, the Tritons got a goal from Luke Makshanoff and the stops they needed to close down the victory.

“Dana did a good job of getting out on the counterattack on us,” Powell said. “I thought we could’ve done a better job anticipating and understanding they’re trying to go. Once we got in the half-court set, we did pretty good. There were a couple goals our goalies usually make that save, but it’s hard playing in that sun on the other side.”

“We’ll chalk it up to the sun,” Powell said with a laugh.

Next, both San Clemente and Dana Hills enter the South Coast Tournament on Thursday, which will be crucial to their CIF-SS playoff draws at the end of the season.

San Clemente is currently No. 8 in the combined Division 1 & 2 poll and would be the last team in the Division 1 playoffs if the season ended today. Dana Hills is ranked No. 15 in the poll.

“It’s a really big tournament,” Powell said. “Every team that’s ranked above us is in the tournament, so it’s a good opportunity for us to hack away at the rankings and make statements of where we’re at.”

Powell has emphasized the importance of the tournament to his group. Powell said there’s not a lot of opportunities to prove their CIF-SS standing against their peers, and it’s important to make progress at this tournament.

“That’s a huge game for us because we’re 15 in the rankings, and they’re 14,” Rosa said. “We’ve played so many teams that are just above us, and we keep coming up short. We need a statement win somewhere to prove we belong there.”

San Clemente opens against Los Alamitos at Costa Mesa High School on Thursday, Sept. 19 at 4 p.m. Dana Hills opener against the Sea Kings is also on Thursday at 4 p.m.