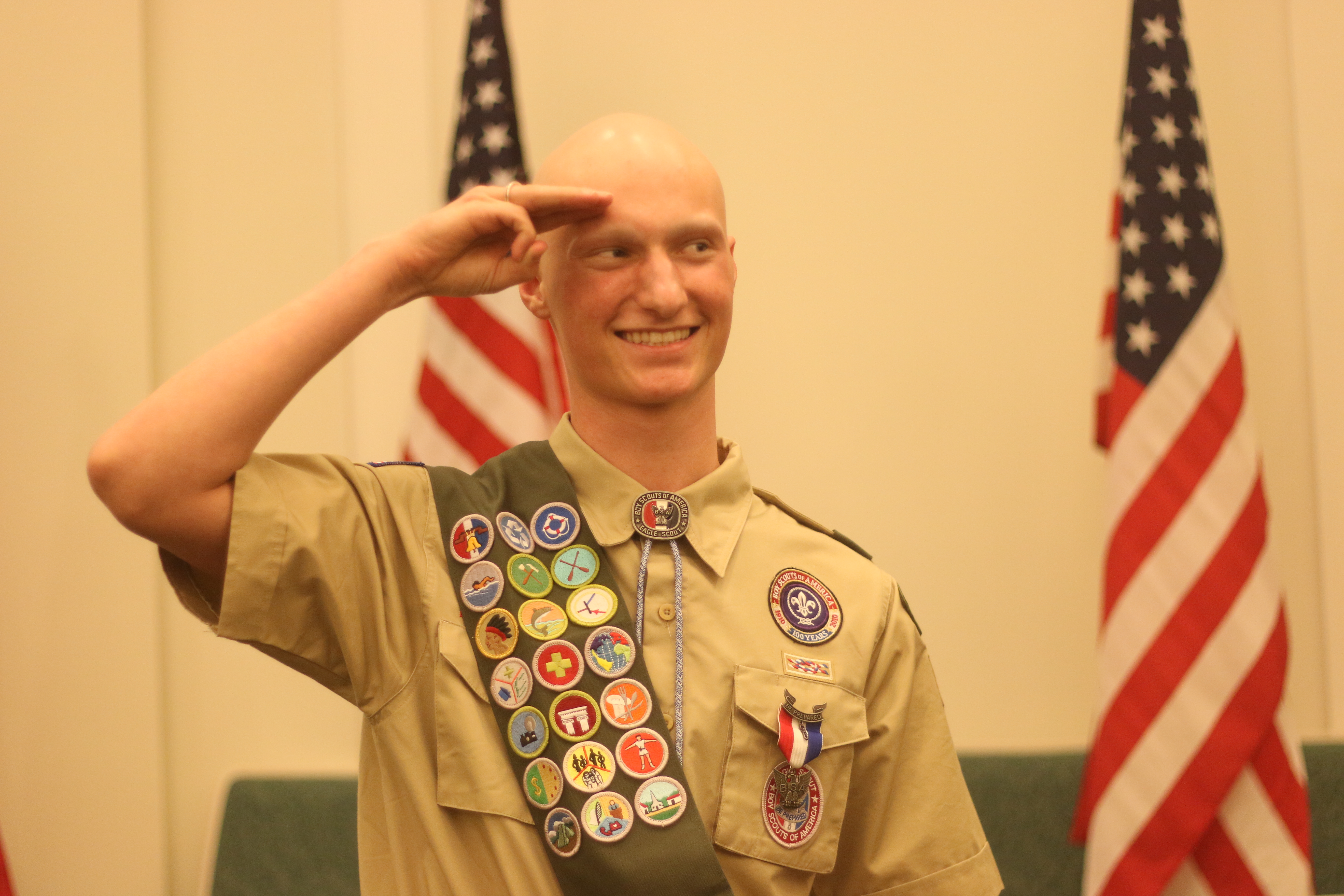 John Szabo, who also goes by “Jack,” was homecoming king at San Clemente High School this year, and on Sunday, he was recognized for achieving the rank of Eagle Scout in the Boy Scouts of America, Troop 739, along with four of his peers: Tyler Hickey, Isaac Rex, Ammon Stark and Spencer White.

“I feel really accomplished, just getting the Eagle Scout award and how much it means and how much it’s going to help me through my life,” Szabo said. “I’m really thankful for everyone who came and all the support I’ve received for what I’m going through.”

Szabo said he was diagnosed in June and started chemotherapy that day. He said his first few trials have gone well, and he is preparing for more treatments.

“Once they figured out what it was, they wanted to start (treatment) right away,” he said. “‘Nothing happens to you, it happens for you.’ That’s a quote that one of my really good friends told me, and I’ve just been living by that.”

Szabo said he wants to eventually come back to finish high school, then go to college to major in business with a minor in photography or graphic design.

“There’s no point in being down on myself because it’s not going to do me any better,” he said. “Positivity is the main thing that’s kept me healthy.”

As part of his requirements to achieve Eagle Scout, Szabo made a sign for the San Clemente-Dana Point Animal Shelter.

Jonathan Ord, a seminary teacher and scout leader who organized the Bible study classes Szabo attended every day before school, said Szabo has kept his head up throughout the ordeal.

“He’s such a faithful kid and he has a lot of confidence in himself and his relationship with deity,” Ord said. “We just told him to be strong and continue being Jack. He hasn’t changed his perspective on life, which is really unique. He’s got a real eternal perspective on what life means and that it doesn’t end at death. This won’t affect his zeal for life and who he is, and he’s been a great example to people in that way.”

According to the Boy Scouts of America website, only 4 percent of Boy Scouts ever reach the rank of Eagle Scout.

Jack Szabo was scheduled to have an “experimental” radiation treatment on Tuesday, Nov. 1, which includes placing a radioactive isotope into his body in order to attack cancerous blood cells. He will have a bone marrow transplant in two weeks, he said.