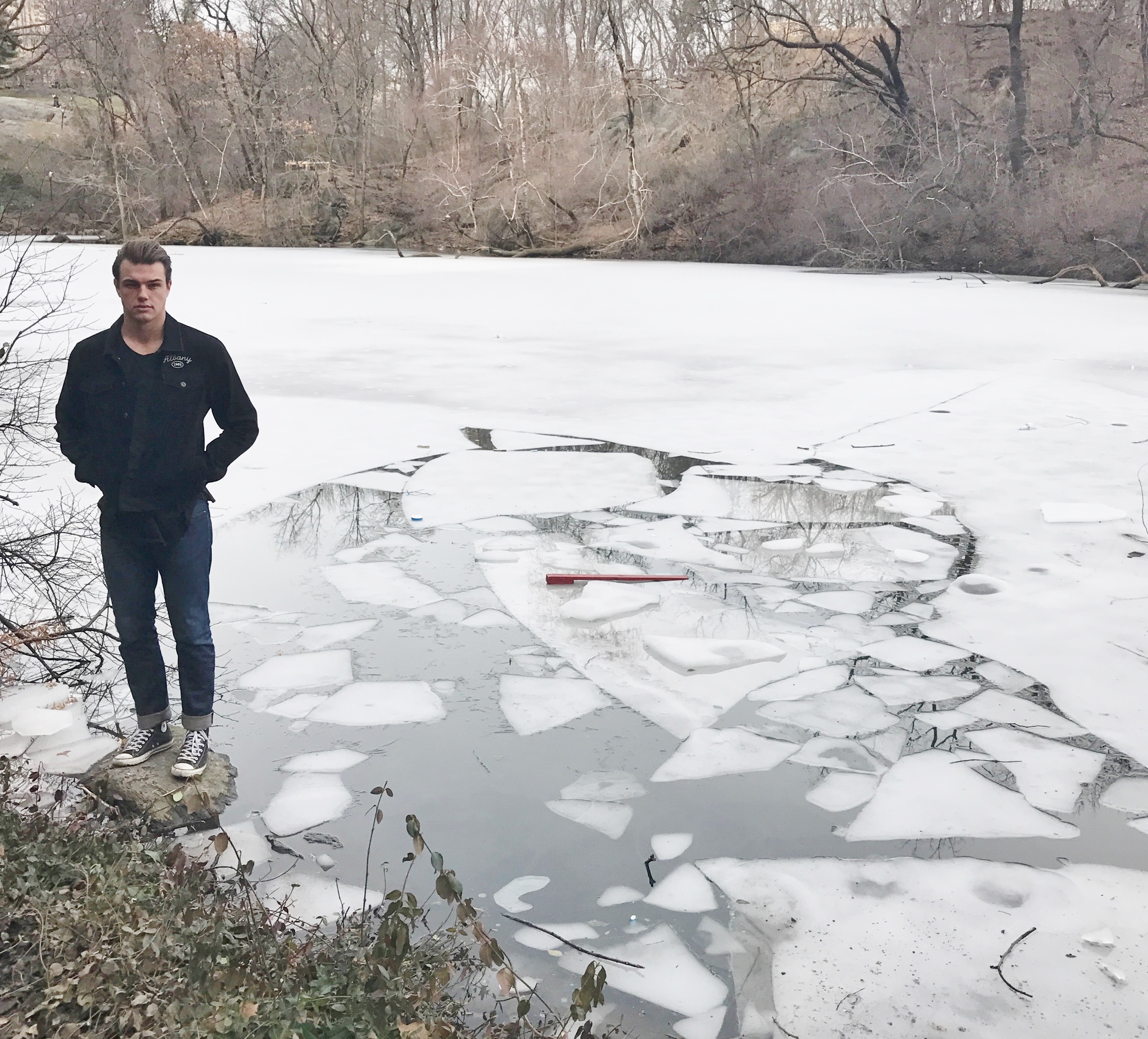 When Bennett Jonas and his friend, Ethan Turnbull, saw seven young men sink under the frozen surface of a lake in Central Park in New York City, they rushed into action.

Around 5 p.m. on Monday, Feb. 20, Jonas and Turnbull were skateboarding through Central Park and saw the boys, ages 13-17, standing on thin ice, taking a selfie.

Suddenly, the ice gave way and the boys were all submerged in the frigid water.

“They were pretty scattered and dancing around, and they were about 20 feet from dry land,” Jonas said in a telephone interview on Tuesday. “They all had backpacks and big boots, jeans and coats on, and (when they fell in) they were grabbing each other, trying to get out,”

Jonas is a San Clemente native and is living in Midtown (east Manhattan) in New York City pursuing an acting career. As a child, he said he participated in the city of San Clemente’s Junior Lifeguard Program. Those skills came in handy Monday night.

“It was truly horrific, watching what was going on,” Jonas said. “We immediately picked up our skateboards and ran to them as fast as we could. There were ladders on the shore that you can pull out if someone falls in, but they weren’t long enough to get out to where they were. I immediately handed all of my belongings to a woman who was standing on the shore and went in.”

Jonas said he knew from his training with the Junior Lifeguards that the last thing someone would want to do is to give “all their weight” to someone who is drowning. The reason being that they typically grab on to you and could pull you in with them.

“Coming from San Clemente, being in water is second-nature, and for sure I went in with a purpose: I knew I had to get those kids on dry land,” Jonas said. “The first two kids I got to…climbed on me and (I had) to force myself out of the water. I grabbed the ladder and pushed it out and then pulled in three of them, and Ethan grabbed another.”

While the two men tried to rescue the whole group, Jonas said he could see two of the boys who were “at the end of their rope;” both of them were under water and not moving much

By this time, a group of people on shore had gathered and the paramedics were on their way.

“I was fighting a block of ice and pulled the last two kids out by their backpack and a jacket,” he said.

Jonas said the Fire Department of New York officials who arrived later told him the lake was 18 feet deep at the point of entry.

Jonas described what was going through his mind as he tried to focus.

“Ethan and I were talking about it later, and it was a bit of a blackout,” Jonas said. “Once I hit the water… I felt terrified. That was the only point I was scared. Once I got there, all I could think about was getting them out. Same with Ethan.”

According to reports by various New York media outlets, some of the boys were treated at a local hospital for symptoms of hypothermia, but all survived.

While he was underwater, fighting to save everyone who had fallen in, something—or someone—gave Jonas the extra strength he needed.

“We lost Nick Pasquale a few years ago, and he was one of my closest friends,” Jonas said. “I definitely felt his strength and presence that night. Nick rescued someone who was drowning once, and I know he helped me get those kids out.”