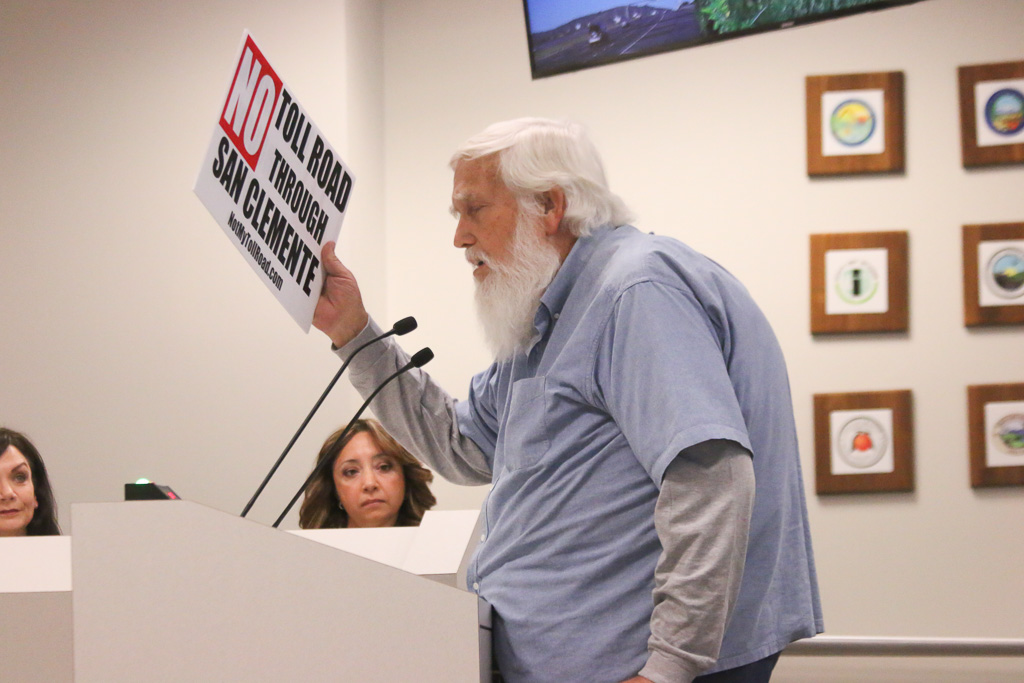 It took several motions, a lot of procedural confusion at the end and a couple of hours for the Transportation Corridors Agencies (TCA) joint board of directors to quash the efforts of a San Clemente action that would have handcuffed ongoing work of The Toll Roads operator until an independent audit was completed.

This included enacting a third-party, independent audit on consultant contracts; suspending the contracts and staff from working on contracts current and future until the audit is complete; demanding refunds for “misspent” money; collecting political donation information from directors; develop a procedural manual or other process for applying/bidding for contracts; and would require the committee meetings of the TCA to be subject to the state’s open meeting laws.

The action received a 6-5 vote against passing it, as many of the directors from other member cities started leaving due to prior scheduling conflicts.

Directors in opposition of the action said it was too “broad,” at least, while criticizing it as “politically motivated” and an “insult,” at most.

Residents of San Clemente who spoke during public comment picked through the details of a story that was published in March by the Los Angeles Times that reported the TCA’s consultants had at times billed for $185 per hour of work, which sometimes included “reading the news,” the paper reported.

Venture Strategic, the outreach and media consulting firm for the TCA, is up for contract renewal in June, an order that will require several new projects related to outreach, according to TCA executives.

At one point, it was mentioned by public speakers that the TCA spent $35,000 on a dinner, and as CEO Mike Kraman explained, it was for the Orange County Business Council banquet, one of the county’s nonprofits that have supported TCA endeavors in the past.

Directors opposed to the audit and the suspension of contracted work until it’s completed said this action would be crippling for the agencies. For example, they’re currently trying to connect the 241 toll road to the 91 freeway, something that would help stop the deluge of traffic on arterial roads in Anaheim and Orange, they said. Also, the TCA’s ad hoc committee is already in the process of an audit, according to directors.

The other major item was in regard to letters of opposition sent to the Assembly chairperson of the Committee on Local Government, which is currently considering a bill introduced by Assemblymember Bill Brough, R-Dana Point. AB 1273 would basically stop the TCA from collecting development fees and disallow it to continue with developing future roads; then it would require the TCA to pay off its current bond debt and make the roads free and open to the public. The bill is tentatively scheduled to be heard April 24.

Ken Nielsen, a longtime San Clemente resident, voices his discontent with the TCA on Thursday, April 11, during a joint board meeting. Photo: Eric Heinz

Kraman in his letter described the bill as a “job-killer” as the TCA has $3 billion in planned projects. He also described it as an “assault on local control,” which has been a point of contention with San Clementeans who want to be able to have that control within their city.

But Kraman’s letter was sent to the committee chair on Aug. 4, a week prior to any board involvement. Therefore, Bane argued, they should either retract the letter or go another route in taking a position on the matter of which many directors agreed was too important to miss.

Some San Clemente residents chartered a bus up to Irvine in order to make their voices heard; at least three dozen from the bus helped pack the board room.

Planning Commission Chairman Don Brown said during the public comment portion that evidence from studies conducted by the city have shown that the proposed roads through San Clemente would not make a dent in traffic congestion despite trends estimating increases in the county’s population.

Since 2016, San Clemente residents have been dealing with the threat of a toll road being constructed through its city. The TCA is currently in the environmental review process for eight of its planned roadways. The most concerning for residents here is No. 14, which would be constructed from northeast San Clemente, down through designated open space and land at Avenida Pico, right next to the high school.

San Clemente audience members at one point drew the attention of director Cynthia Connors, the vice chair of the SJHTCA, who called for calmness when board members were speaking. Audience members cheered and booed at respective actions taken by the board throughout the meeting.

The next TCA joint board meeting is at 9:30 a.m. on May 9 at The Toll Roads headquarters, 125 Pacifica in Irvine.