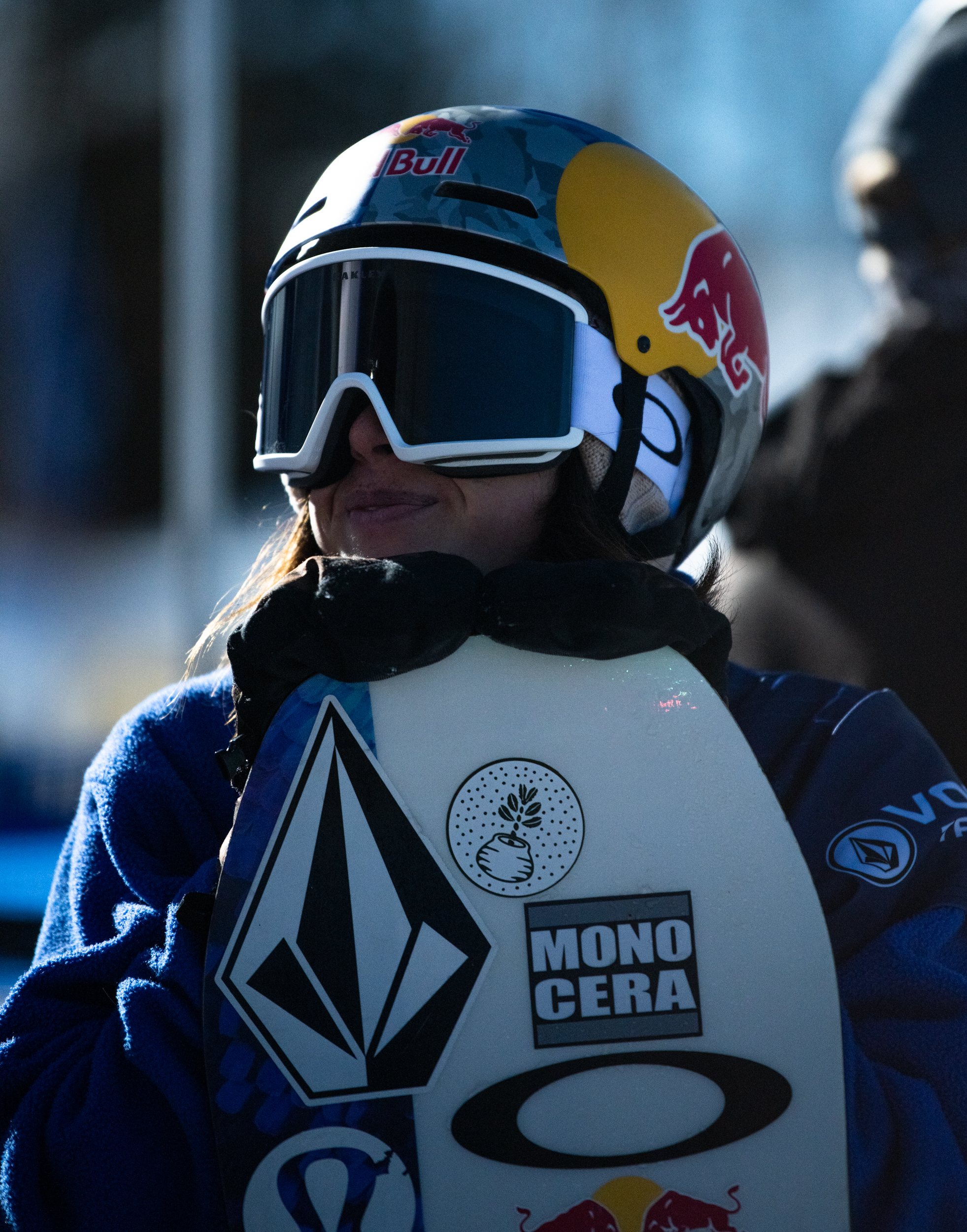 Langland edged out the field for the 12th and final qualification spot to be the lone American to reach the women’s snowboard big air final.

This is Langland’s second Winter Olympics and her first trip to the big air final. In the event’s inaugural run in 2018, Langland failed to qualify for the big air final at the PyeongChang Games in South Korea.

In the big air event, riders take on an enormous ramp with one jump and try to land their best trick for a panel of judges to score. The scores for the best two of three runs give riders their total score.

The big air venue has also been a topic of conversation for these Beijing Games because of its striking and strangely dystopian visuals. The bright white and blue of the 196-foot tall snow ramp is juxtaposed by the brown and gray industrial environment and framed by the cooling towers of an abandoned steel mill in the Shijingshan District of Beijing.

With this surreal setting as the backdrop, Langland cleanly landed her first two qualifying runs to post her total score of 127.50.

On her first run, Langland just got around on a Cab 900 for a score of 62.00. She got a right-hand grab on her board and landed on the tail of her board, but Langland stuck it for a solid scoring run.

On her second run, Langland went for a frontside 720 with a left-hand grab and was even cleaner with a score of 65.5. Langland’s total score put her at ninth overall at the time.

Langland tried to improve her Cab 900 on the third run, but her jump landed a little short, which resulted in a fall and a null run. However, Langland’s total was enough to hold on to the final spot.

Her American teammates didn’t fare quite so well.

Jamie Anderson of South Lake Tahoe, the 2018 big air silver medalist and two-time slopestyle gold medalist, fell on her first two runs, which essentially eliminated her from qualification. Anderson landed a front double 1080 on her third run, but she ultimately finished in 15th.

Courtney Rummel of Utah finished in 19th with a total score of 101. Slopestyle silver medalist Julia Marino of Connecticut was injured on a training run this week and did not compete in big air qualifying.

This is Langland’s second event of these Winter Olympics. Langland finished 11th in women’s slopestyle after falling on two runs in the final on Feb. 6.