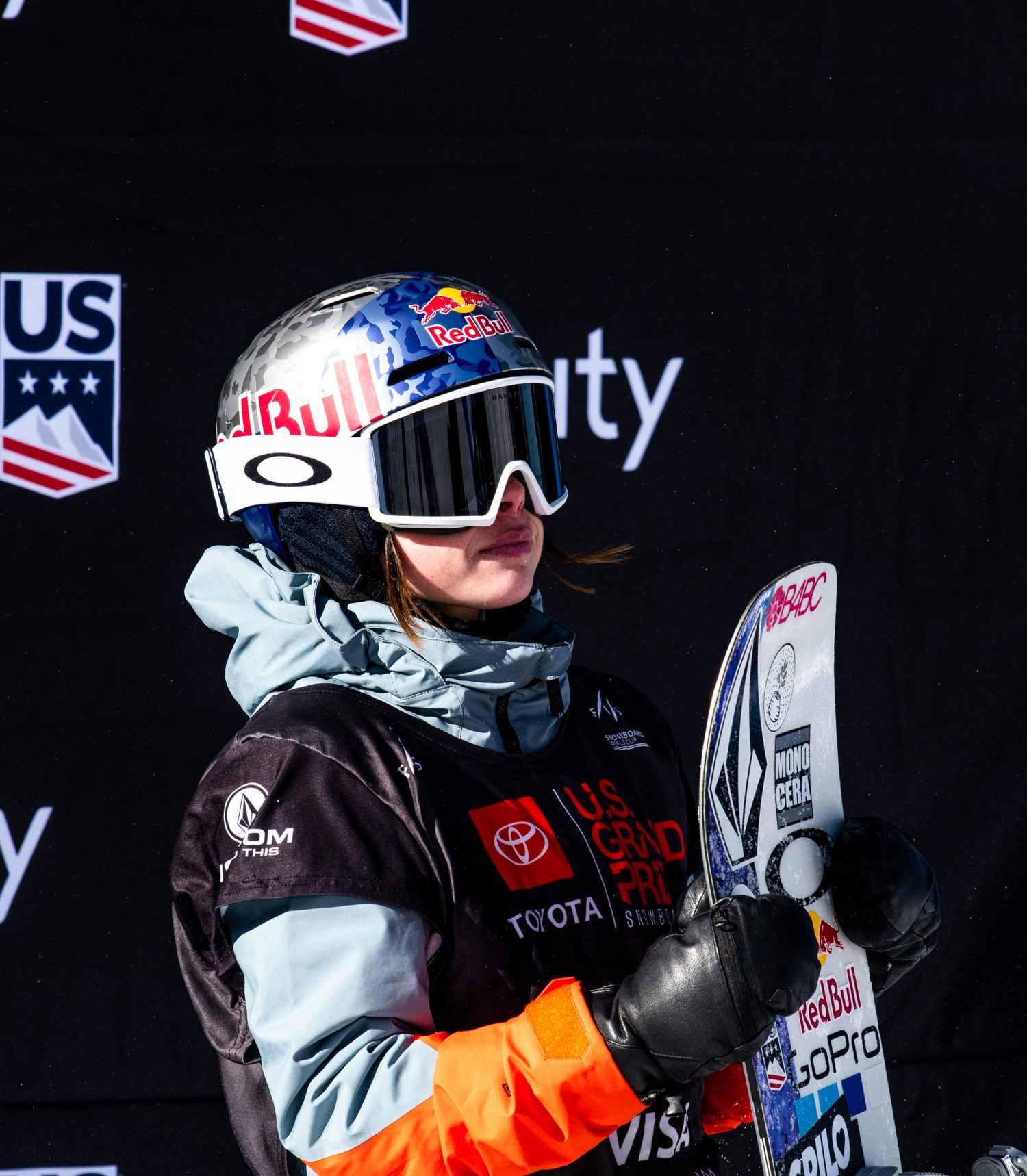 Langland came back from a fall in her first run with a clean 68.71 in the second run to be one of three American snowboarders to qualify for the women’s slopestyle final, which will be broadcast live tonight, Saturday, at 5:30 p.m. on USA Network and streaming live on Peacock.

“It makes me very excited that if I bobble I can somehow make up for it,” Langland told the USA Network broadcast of qualifying with her second run after a low score on the first run. “It makes me really excited hopefully to going to finals with these other girls who are just crushing it. I really want to put on a show for everyone. I want to do my best, and wherever that may lead me is the journey I’m ready to take.”

There is a 16-hour time difference between the West Coast and Beijing, with the final jumping off at 9:30 a.m. on Sunday, Feb. 6, in China. Langland will be the fourth snowboarder to start.

Langland also qualified for the slopestyle final as a 17-year-old at the 2018 PyeongChang Games in South Korea. Langland finished sixth in 2018.

Jamie Anderson, the back-to-back gold medalist in the event, and Julia Marino were the other two Americans to qualify for the final in fifth (74.35) and sixth (71.78), respectively.

Riders faced similar conditions on Saturday as they did back in 2018 in PyeongChang, with wind and cold temperatures presenting a challenge for a clean run.

“It sucks,” Anderson told NBC. “It’s cold, It’s hard to keep your core temperature warm, and then doing tricks feels a little bit more intimidating. You’re just like a little bit stiff. But we can do it. The wind is kind of an issue, but thankfully it’s been kind of a crosswind so it’s not really blowing you down. It just scares you.”

On Langland’s first run, the 21-year-old was clean on the first three rail rides, but on the first jump off the course’s “twisted sisters,” Langland landed on the tail of her board and couldn’t land a frontside 720, which doomed the first run at 28.31.

However, in qualifying, each rider gets two runs with the best score being taken for the standings.

In her second run, Langland showed out for some extra points on the first three rails, adding in a 270 on-270 off, and smoothly landed the same frontside 720 off the first jump. She confidently put down a backside 540 and a 900 Indy to finish the run for the 68.71.

“There’s always x-amount of pressure if you don’t land your first run,” Langland told the USA Network broadcast, “and if you only get two, it just seems to amplify with every passing minute. I was just sitting up top trying to calm myself down. I could feel my heart beating faster and faster. I kind of actually messed up all my rails. I’m glad it kind of came together and I was able to put down a good score. I’m just happy to have landed a run. That’s what I came to do.”

Langland jumped up to seventh at the time, with the top 12 qualifying for the final. Langland settled into ninth to qualify.